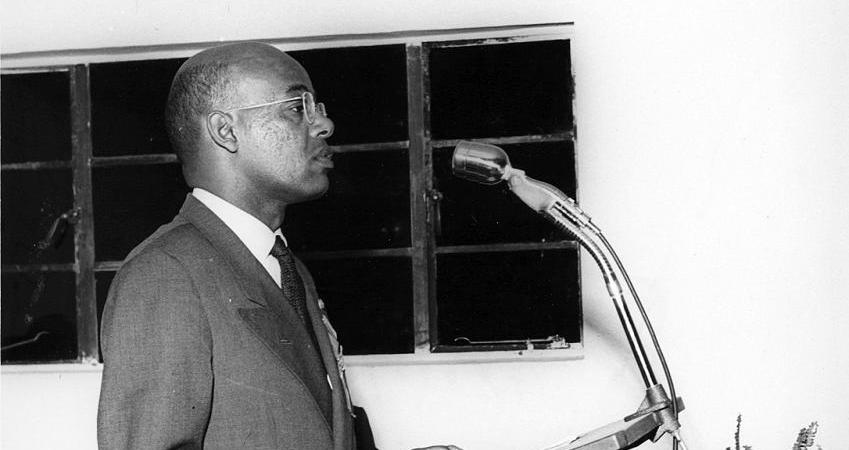 Ato Emmanuel Abraham who had served his country in a number of important diplomatic and ministerial posts for nearly four decades and half (1931-1974) has died at a great age of 103 on Wednesday. Emmanuel was ambassador to Britain and Italy and cabinet minister and director general at the Ministry of Foreign Affairs and director general of the Ministry of Education and Fine Arts, Minister of Posts, Telegraphs and Telephones; Minister of communications and Transport; and finally, minister of Mines under Emperor Haile Selassie’s government. Emmanuel was a writer, educationalist, teacher, and the first President of the Ethiopian Evangelical Church Mekane Yesus (EECMY), the second largest Protestant Church in Ethiopia. He was detained by the military junta, held for nine months, and was one of a few to survive and eventually be released. While in prison, Emmanuel read from the Bible every evening to his fellow prisoners, as he later recounted in his autobiography, Reminiscences of My Life.

Born in Boji, Wollega province on March 17 1913, Emmanuel was the cherished fourth child of his devout protestant parents, who had lost three children in infancy. Young Emmanuel went first to Swedish Mission School in his native village and later came to Addis Ababa to join the modern Tafari Makonnen School, the school that the Emperor set great hopes on.

Emmanuel began his career as a teacher and headmaster of the just-established Asebe Teferi School, eastern Ethiopia, run by Azazh Worqneh Eshete aka Dr. Charles Martin, the first foreign trained Ethiopian physician. When Azazh Workqneh was appointed Ethiopian envoy to Britain in the early 30’s, he had taken Emmanuel with him as his secretary, after the latter agreed to work without pay in exchange for food, clothing and lodging.

In London, the two would forge an even better working relationship and play a key role in protesting the Fascist Italian invasion of Ethiopia and mobilizing British public opinion. Emmanuel’s later writings show appreciation and gratitude to his superior and friend. “The type of work I encountered in London was rather strange to me and I was somewhat at a loss for a short while. But Azazh Worqneh’s counsel always attended me and the English I had learned at the Tafari Makonnen School was my main stay, I became familiar with the work and the people in short time and got on with my duties with diligence,” Emmanuel explained.

Emmanuel’s own days in London were filled with visits to bookshops, and going to church and speaking about Ethiopia’s ancient history and her plight. He befriended the politically left, and the stalwart Sylvia Pankhurst whom he described as one who “championed Ethiopia’s cause at a time when virtually the whole world considered is independence irretrievably lost. She defended our cause with determination and devotion, placing the plight of our people before the British public and others with cogency.”

Richard Pankhurst, Sylva’s only son, who was a very young boy then recalled Emmanuel as a regular visitor of the house. “I remember once showing him my recent prized acquisition, the Khaki Campbell Duck, Cyclic Quad. Since birds with webbed-feet are not only highly regarded in traditional Ethiopian culture, he may not have shared my quirky admiration for this creature.”
During that disastrous period from 1936, when the Ethiopian government fell and the Emperor forced to flee to Britain, the Legation in London was officially closed, Emmanuel recalled. However, as soon as the Emperor arrived in London, “he had announced that the Legation in London was the central office for all dealings with his government. The Legation thus remained the only office of the Ethiopian Government until he left England in June, 1940. Whoever desired to meet His Majesty telephoned, wrote or came to our office.”

In 1939, upon Azazh Workqneh’s departure for India, Emmanuel started working under the direct orders of the Emperor, becoming his confidant. “The Emperor had occasion to get to know me at the time, since I happened to be working in his Legation. He also knew that, due to the great disaster that had fallen on Ethiopia, I used to go around and speak at a number of English meetings about the plight of our country. He was present at one of the meetings and had been pleased and felt pride on hearing what I had to say,” he recalled.

After liberation, Emperor Haile Sellassie appointed him to various diplomatic posts in London, New Delhi, Rome, and high level government positions in Addis Ababa, including among others Chief of Political Affairs in HIM’s Private Cabinet.

“When I presented a 10 million birr budget, the Ministers tried to compel me to reduce it to 7 million birr as in the previous year. I brought my predicament to His Majesty’s attention. Since he had been following the expansion of the work closely, the emperor directed me to write to Bitwaded Makonnen Endalkachew (Prime Minister) as follows. “His Imperial Majesty has commanded me not reduce the budget by one cent,” he wrote.

One of his recollections from the time was the number of youngsters from Addis Ababa and the countryside who “used to stand by day at the gate of the Ministry and outside my house to plead with me to admit them to school since they were orphans or because their parents could not afford to pay school fees. Some even tried to fall under my car as soon as they saw me, exclaiming, “Teach us or kill us”. I admitted many hundred as free boarders,”

But Emmanuel was hampered in his career by his religious affiliation plus the fact that he was from a family of weavers. The largely Orthodox Church members of the Imperial government at times treated him with arrogance and contempt and he often found himself on the receiving end of the political intrigues and infighting as various powerful factions and persons struggled for power and promotion, which he chronicled in his memoir.

After an illustrious career in diplomacy and ministerial posts, Emmanuel devoted a good part of his life for the service of the Mekane Yesus church. His skills and experiences were used in promoting and guiding on the direction of the church and issued the church’s now influential statement on “serving the whole person spiritually and physically”. His openness to the international community and fame helped in bringing the Church to the global communion of Lutheran churches. The church grew manifold in number and prominence.

His wife, Elleni Alemayehu passed away in 2002. They have four children and three grandchildren.