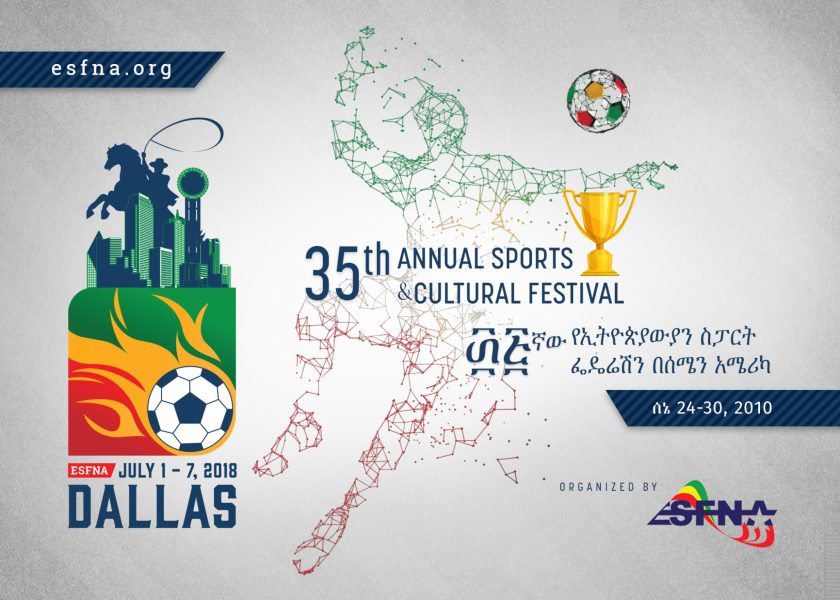 The decision? They have to make a quick decision, by tomorrow, whether to allow the newly named Prime Minister of Ethiopia- Dr. Abiy Ahmed, to address the Diaspora community at this year’s annual event in TX.

By the way, if the info I got is correct, it wasn’t ESFNA that initiated the invite. The PM himself took the initiative. He deserves appreciation for taking this historic and bold gesture!

Past leaders despised the Diaspora because of its firm stand about Ethiopians unity and its fight against repression and lack of democracy back home in Ethiopia. Unlike his predecessors, however, Abiy chose to reach out. This by itself regardless of the final decision ESFNA reaches is a massive milestone in Ethiopian politics!

That being said, here are a couple of facts. Though I don’t have the accurate statistics, from what I’ve read on social media in the past couple of days, Ethiopians in the US are divided on the issue. Some are advocating for his invitation while others oppose it. Both parties have strong positions and arguing based on the higher purpose of the organization and one of its internal regulations, respectively.

Ethiopians who are quoting the mission of ESFNA are saying that since the organization’s purpose is “Bringing Ethiopians together” and Dr. Abiy promotes Ethiopians unity, love, tolerance, and forgiveness among Ethiopians, he should be allowed to address the gathering when he visits the US. On the other hand, those who oppose the idea are quoting one of the internal regulations that prevent inviting politicians as guests. The latter argue that he is the chairman of the ruling party that ESFNA should be nonpartisan and refrain from showing favoritism to any political party. Of course, others counter-argue about the last statement by saying that though Abiy is the chairman of EPRDF, he is appearing at the event as the leader of the Ethiopian state, in his Prime Minister office.

There are many other forceful arguments from both sides, which I’m not covering for the sake of space limitation.

For your info, one of the themes I covered in my third book entitled “Soft Skills That Make or Break Your Success” was problem-solving and making tough decisions. From my experience as a workshop facilitator for some government agencies, major corporations, and community organizations on the same theme, I shared some insights, models, and approaches in the book on how to tackle problems like the one ESFNA leadership is facing. By the way, when I coach leaders, I don’t tell them what they should decide. My job is helping them gain clarity to make the right decision. It’s not my place, as a coach, to suggest what I think personally is right.

One of the most common challenges leaders face is making choices between two rights- Right Vs. Right. It’s easy to choose right from wrong. What would you do when you have two seemingly right choices like ESFNA is confronted with?

I encourage ESFNA’s leadership to do their homework and also take away emotion. You should be rational. Use your value as a barometer to make the right decision. For that to happen, nonetheless, you should avoid making a hasty decision. ESFNA’s leadership should first gather enough data to fully understand the issue, employ critical analysis, consult key stakeholders, sit down and brainstorm, and finally, make the RIGHT decision you and the coming generation leaders won’t regret.

Of course, the decision should not be binary – Yes or No. During the brainstorming session, some of the leaders should come up with alternative options (middle grounds) that may satisfy both sides.

If you were one of the leaders of ESFNA, what would be your decision? Why?