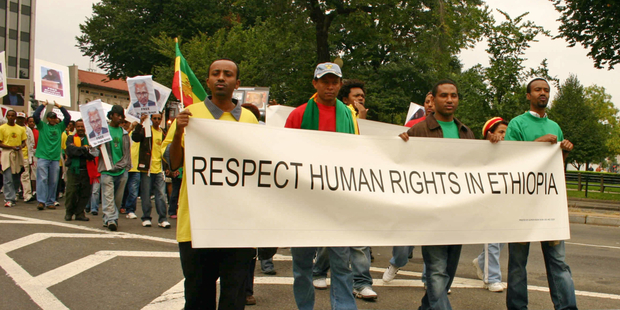 “To deny people their human rights is to challenge their very humanity.”

Today, 10 December, as we celebrate international Human Rights Day, we remember all prisoners that are victims of grave human rights violations in Ethiopia. On this day, AHRE is sharing a very striking personal story of a family that has fallen victim of the Ethiopia’s government’s repression. The story is symbolic in that it signifies the broader, much bigger fracture in Ethiopia’s political climate. It also at the same time signifies in crude sense, how a family is sadly impacted by the misuse and abuse of power of Ethiopian authorities, and more specifically by the infamous Anti-Terrorism Law.

Three siblings in one family are facing terrorism charges.

Abebe Asfaw, 73 is a fisherman who lives with his wife. four children in Arba Minch, city of Southern Ethiopia, 435 kilometers south of Addis Ababa. He and his family have been under prolonged monitoring by security agents; they have been pressured to join EPRDF and promised rewards in return- an offer they declined. The decision has cost the family a great deal.

Befekadu Abebe, the eldest son of Abebe and his wife Almaz Kassahun, is a fisherman like his father, and a leader of Arbaminch’s branch of Semayawi Party- a legally registered opposition political party. His connection to the opposition party was another factor accounting to the government’s prying eyes into the family.

Abebe’s second child Engida and his friends used to run a small business of making and selling concrete blocks, using the Kebele’s (the smallest government administrative unit) machine. And when Keblele officials could not convince Abebe and his friends to join EPRDF, they confiscated the machine and gave it to a youth group who supported EPRDF. Engida, now unempolyed and hopeless, ran away from home. His family later heard the news that he went to Eritrea to join Ginbot 7, a listed terrorist organization by Ethiopian government. Abebe’s family saw the news of their son’s tragic death from documentary broadcasted on national TV on May 6, 2016; he was killed during an armed fight with Ethiopia’s forces in Arbaminch.

The Abebe family became one of the noted targets to Ethiopia’s very pervasive monitoring network. Almost four months after Engida fled to Eritrea, his older brother Befekadu was detained by the city police station and sent to Maekelawi prison in Addis Ababa in 2014. He was sentenced to 7 years for contravening the Anti-Terrorism Proclamation and becoming a member of the outlawed Ginbot 7, an allegation he denies. He is now serving his time in Ziway prison, around 165 kilometers south of Addis Ababa. 342 km south of Arbaminch.

The family’s misfortune did not end there. As the 2015 Ethiopian general election approached, and almost a year after Befekadu was arrested, officials took his then 70 years old father, Abebe, alleging that he had conspired to obstruct the election process. They claimed he was hiding armaments in his house, but they had no luck finding anything during their search. He was convicted to one year and 6 months anyway, but was released on bail shortly after. 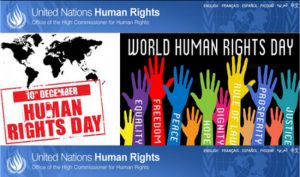 However, Abebe’s charge was bizarrely transferred to his doughter Ayelech- the fourth victim of the family and a mother of one. She is now arrested in Kaliti prison located 438 km away from Arba Minch. Same as her brother, Ayelech is also facing terrorism charges. Even more disturbing, her 64-year-old mother was also arrested with her for a short period for undisclosed reasons.

Security officers added a bitter salt to the family’s already sore wound when they arrested the last surviving family member, and the youngest child, Bante-Wossen this summer. Like his two siblings, he is also charged under the infamous Anti-Terrorism Proclamation. Bante-Wossen is married and has a 1 and half year-old child. His case is still ongoing, and he remains in Qilinto prison, located on the southern outskirts of Addis Ababa, and 488 km away from his home town Arba Minch.

Irregularities and inconsistencies during court hearings are common in several political trials in Ethiopia; Abebe’s family is no exception. For instance, against the provision of the Constitution, the court had granted permission to an individual who a had personal beef with Bante-Wossen, to testify against him.  And on November 15, 2017, during a trial against Bante-Wossen, prosecutors brought forth someone else’s testimony to the court as his, which they later waived from his file.

At 73, old and feeble, Mr. Abebe can no longer support his family by fishing; Ayelech’s young son lives with him and his sick wife. And Bante wossen’s wife Meskerem Samuel, has no luck securing a job, because their family is blacklisted as a terrorist. Making ends meet has proved extremely difficult for her, her 1 and half year-old son the rest of the family.

Abebe once in a while visits his three children arrested hundreds of kilometers away from each other. Financial constraints for transport coupled with old age and illness have made it too difficult for Abebe to see his children as often as he would like. His eyes are weakening, and his health is deteriorating by the day. His wife, bedridden with illness and grief, has completely lost one of her eye sights, and the other one is also getting weaker.

The unfortunate Mr. Abebe and his wife are unable to get much needed support from their children at their age; instead Abebe takes a total of over 1000km journey to visit his three children, the victims of Ethiopia’s infamous Anti-Terrorism Proclamation.