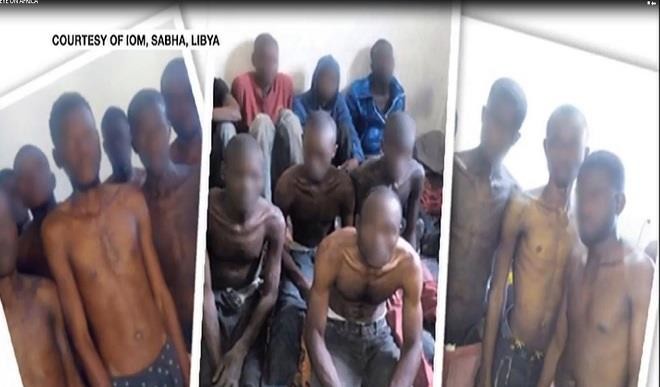 Re: Modern Slavery in Libya and the Plight of Ethiopians.

The Consortium of Ethiopian Civic Society Organizations (TIBIBIR) is a coalition of 27 major Ethiopian civil society groups within and outside Ethiopia that have consolidated their efforts to defend and advance human rights, justice and the rule of law, national consensus, peace and reconciliation as well as the institutionalization of a democratic society in Ethiopia. Among the major concerns the Consortium is dealing with today is to draw global attention to the plight of Ethiopian migrants in Libya, a center of human trafficking and modern slavery that is unacceptable to the human conscience and human dignity.

Our Consortium is pleased to note that the UN system, the African Union Commission, regional organizations and human rights groups such as the International Office for Migration (IOM), the governments of Chad and Rwanda, news organizations such as CNN, BBC, the Guardian, CBS, the New York Times, Reuters and Al-Jazeera have drawn attention to the despicable act of modern slavery in Libya. The struggle against modern slavery is and should be a global effort. It must be deliberate and sustained to prevent it from recurring.

Given the outrageous nature of this practice in the 21st century, we commend the government of Libya for taking the initiative of investigating the dehumanizing practice of selling black Africans. We hope and pray that the culprits will be brought to justice and made accountable for crimes against humanity.

Our organization has been approached by a number of Ethiopian migrants including women with children seeking financial support in order to pay the requisite ransom that will enable them to become free. One female Ethiopian migrant with children was asked to pay $30,000 in ransom payments. The going rate is $400 minimum. While we empathize with the plight of our compatriots, we have decided not to raise funds for this outrageous practice of ransom for freedom.

Our Consortium also wishes to commend CNN and the Libya based Anti-Illegal Immigration Agency that provided primary data and evidence to this news organization for its timely investigative report. On November 19, 2017, the Journalist Nour Youssef provided insight and urged the government of Libya to ensure that human traffickers and traders are convicted. “Priorities of the investigation are not only to convict those responsible for these inhumane acts, but also to identify the location of those who have been sold in order to bring them to safety and return them to their countries of origin” (Sale of Migrants as Slaves in Libya Causes Outrage in Africa and Paris).

The outrage prompted a spontaneous demonstration in Paris. Protestors condemned the outrageous act and urged Western governments and the African Commission to express outrage. An official investigation by the government of Libya followed. “Hundreds of protesters, mostly young black people, demonstrated in front of the Libyan Embassy in central Paris on Saturday — with some carrying a sign that said, “Put an end to the slavery and concentration camps in Libya,” and chanting, “Free our brothers!” This expression of outrage took place “three days after CNN aired footage of migrants being auctioned off in the Libyan capital, Tripoli.”

The widespread and dehumanizing nature of “migrants are being auctioned” like sheep in Tripoli reminded African leaders of the slave trade. Outraged and angered by the auctions of African migrants in Libya. Moussa FakiMahamat, the chairman of the African Union Commission and the foreign minister of Chad, issued a statement after the rally, calling the auctions “despicable.” He urged the African Commission on Human and Peoples’ Rights to assist the Libyan authorities with the investigation that they opened in response to CNN’s report.

The government of Chad announced that it was ready to send troops to Libya to crush African slave traders and the Government of Rwanda has offered to provide refuge to 30,000 African Migrants suffering Slave-like conditions in Libya.

Our Consortium is cognizant of the fact that Ethiopian migrants flee their homeland because of civil conflict, a suffocating political and social environment and because of lack of job opportunities in Ethiopia. They are attracted by the prospect of opportunities in the West and in the Middle East. They are part of the IOM estimated “700,000 to one million migrants in Libya” of whom more than 2,000 have died at sea this year alone. These migrant pay enormous amounts of money to smugglers and end up living in overcrowded detention centers for several months. Sadly, the Libyan coast has become a hub for escape. This harrowing and dehumanizing condition forces thousands to seek employment with minimum or no pay. Females are raped routinely and migrants are abused and tortured by smugglers, traders and employers.

Our Consortium joins the international community and urges the government of Libya and others that modern slavery should be met with a unified and sustained effort. In this connection, we commend the African Commission that has begun negotiations with the government of Libya and other stakeholders in North Africa and the rest of Sub-Saharan Africa to seek practical and concrete steps that will address the plight of hundreds of thousands of African migrants.

We would like to specifically appeal to all International organizations and Governments to exert maximum effort to get all victims of these inhumane acts to safety without delay, to bring the culprits to justice and to take reliable measures to prevent similar crimes from happening anywhere in the world.

On our part, we will do all we can to dissuade Ethiopian migrants to refrain from taking huge personal risks in their genuine efforts to find meaningful life outside Ethiopia. The best option is for the government of Ethiopia to deal with the root causes that push hundreds of thousands of Ethiopian youth out of their homeland.

We thank you in advance for your attention to this human tragedy that also affects the reputation of Libyan society and its government.