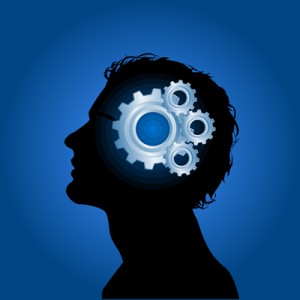 As individuals and being in a group, in any and every step one takes, there is always time to know where one is, where one wants to go to and how one wants to go about to get there. I am going to take this moment in this platform to state my stand on what is going on. As a movement, the Ethiopian political opposition has a few issues it has not sorted out yet. We have to sort these out first before any success is to be counted. The reason for this being many, I will just point out its implication for what is to come most important. This is a process which has taken us long time, which of course takes time and the will of members to formulate and consolidate our stand for our forward progress.

The first of these issues is the definition of the political struggle. This means, the Ethiopian political opposition has to accept that there is a struggle going on against TPLF (Woyanie). To be part of this struggle, it has to define what this struggle is all about, why and how. Without this, it cannot go from A to B let alone to Z. A political struggle is getting rid of one political system and replacing it with another political system. This is a simple definition but it is to the point. The political system to get rid of is clear – TPLF (Woyanie). What do want to replace it with is not. I do not think we have defined this clearly. This leads me to the second issue.

The second of these issues is the formulation of the political opposition program. Getting rid of TPLF is easy to define. What must follow is gathering all or most of the opposition to agree to a minimum program. If every organization is standing alone, what follows is nothing but ruckus. EPLF, ELF, OLF, TPLF, TLF, EPRP, Meason, etc. were before the fall of Derg. Where are we now? No matter what we think of the situation of the political opposition, there are now only Medrek, AEPO, EPRP, G7, OLF, ONLF and their affiliated organizations in the Ethiopian political opposition against TPLF (Woyanie). This is not a pretty picture. As long as these organizations are as they are and as their history and leadership indicates, the possibility of success is bleak and if anything it will be – “ taTbo chiqa ” – all over again, going in the same circle. This leads me to the third issue.

The third of these issues is the political organization coming as one entity. The Ethiopian political opposition has to come together if it wants to get rid of TPLF (Woyanie). As indicated earlier, standing as liberation fronts, as representatives of one area or another does not bring success. To support one liberation movement over TPLF ( Woyanie ) is to choose “kezinjero qonjo”. Liberation fronts will not bring peace, harmony or development. I do not have to write about Eritrea. Let us ask ourselves, is it the leadership of these liberation fronts or the people they say they are fighting for that is going to benefit from the struggle? (Is it Issayas Afeworkie or Eritreans?) If it is not the people, then why do we have to stroll along?

The world is not the same that was in the second half of the last century. The political wind changed. The liberation movements in Ethiopia stayed where they are. That is what we see in TPLF (Woyanie) – Tigray People Liberation Movement, unprecedented political power, shanghaied by representatives of Tigray, ruling the whole country. Thus, it makes sense to be organized as members of ONL, ONLF, SPLF, etc.

TPLF ( Woyanie ) is crying to Ethiopians that if it is rejected, the country will fall apart or it will go back to the old system. Nothing is farther from the truth. Ethiopia has endured many obstacles and will continue to be Ethiopia. We cannot see ourselves and our country in terms of a limited short time span of our time. Ethiopia is more than us. It is a collective entity that spans centuries of those who lived in those times and the country they lived in. We are part of that. That is what makes us Ethiopians. To disassociate oneself from this entity is absurd. One can see the reality of her time or his time in different monocles. One can have a different view of what was or what should be. What we are is not on the table. We are what we are. We are responsible for changing what is wrong NOWand champion what is good. We can discuss the wrongs and rights of our history but we cannot say it is not mine. We cannot escape history. We cannot fight for yesterday. We can ONLY fight for today and tomorrow. Liberation movements, be it TPLF (Woyanie) or ONLF or OLF or any other, are fighting for yesterday. If the Ethiopian political opposition wants the overthrow of TPLF (Woyanie), it cannot fight for yesterday but today and tomorrow. It cannot be TPLF and not TPLF at the same time.

How the liberation movements started, where they were, and what they championed belongs to a category of learning materials. We cannot say they are there so they must continue to be there or call other parts of the country to follow their lead and form liberation fronts of every ethnic group in Ethiopia. We are Ethiopians collectively not ethnically. Yes, who we are born to ( one ethnic or of mixed ethnic group ), and what our first language is wealth we collectively are and should be proud of. When it comes to country, our country is Ethiopia. If this is a bitter pill to swallow, then we cannot sit together and discuss anything that deals with Ethiopia. We cannot promote the cessation agenda of one liberation movement instead of being profoundly angry at the way the Amara are purged and are being purged from one part of their country to another because they do not belong there. We should be angry TPLF ( Woyanie ) is devastating the Ogandenies and Agnuwaks and their property. We should be angry that TPLF ( Woyanie ) is devastating the Oromos in hundreds of thousands in their own villages and towns. Heck, is there any ethnic group that is not being aggravated by TPLF (Woyanie)?

To promote the Ethiopian political opposition struggle, there must an agenda of its own. If its agenda is the same as TPLF’s (Woyanie) agenda, then it must stop and go and join TPLF (Woyanie). If it has its own agenda, then it must explicitly state and bring it to the front. As I stated repeatedly before, opposing TPLF (Woyanie) by itself is not and cannot be our agenda. Why, to what end, to replace it with what and how should be agreed upon and clearly sorted out. I do not mean the technical detail but the framework. Let us use all media to discuss how the Ethiopian political opposition can come together and fight along with the Ethiopian people against TPLF (Woyanie). This is the only way to succeed and this body can tell all oppositions forces to put the interest of Ethiopia first before the interest of their parties. Right NOW, every organization is putting the interest of their organization before the interest of Ethiopia.