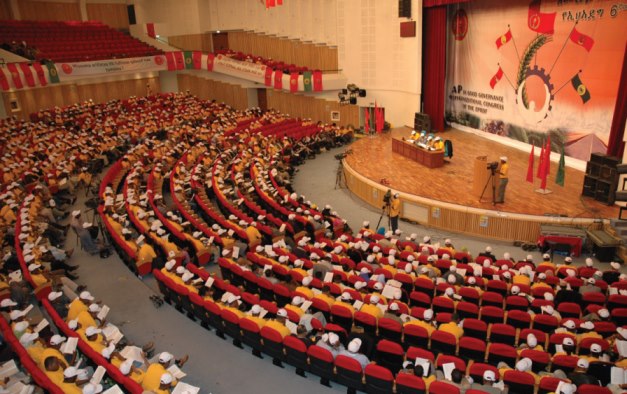 These past few days we Ethiopian people have been screaming our lungs out en mass all around the world in almost all continents – even in Saudi Arabia itself and Beirut –  protesting the inhumane acts being deliberated on our fellow citizens. Needless to say, the only country that crashed the attempts to protest against this crime on humanity is Ethiopia herself.

In my half a decade years stay in the U.S. I have never seen or heard a gathering this big and a movement this large all over the world. Only the May 2005 election massacre protest might beat or equal it.

Clearly we are extremely angry to our nerves. And we should be.

What is Causing This?

However, how many of us took time to think what actually caused this – the intentional targeted brutal attacks on Ethiopians in Saudi Arabia (and elsewhere)? In other words, what is the CAUSE of this shame brought on our nation? I heard several people from different spectrum of life say “poverty is the cause.” I would say NO! Poverty, backwardness, etc are all the SYMPTOMS. In fact what has been happening to Ethiopians in Saudi Arabia is a SYMPTOM. A symptom of what? What is the cause then!? Good question to ask really.

Now it is of high importance to ask oneself “WHY HAVE WE ALWAYS BEEN TREATING THE SYMPTOMS AND NOT THE CAUSE?” This question always challenges me. By the way the only difference between this current mishap on Ethiopians in Saudi Arabia and what has been going on since the mass migration has began 22 years ago is that, on the former, the Saudi government took a wide-ranging campaign of rounding up migrant workers as a national program and the maltreatment affected all migrant workers largely targeting Ethiopians. 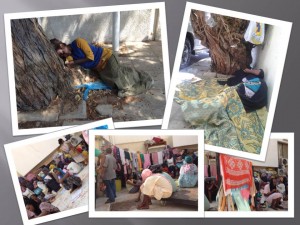 For over two decades every single day, several Ethiopian migrant workers have been beaten, tortured, killed and driven into mental disorder in Arab countries. Former Ethiopian Airlines flight crew told me they do not like to operate the Arab bound flights due to its horrific scene in-flight. Sometimes they transport a full plane half of the passengers that went mental and screaming for the whole duration of the flight. This is to say that this SYMPTOM has been there and will be there unless the CAUSE is treated and taken care of. 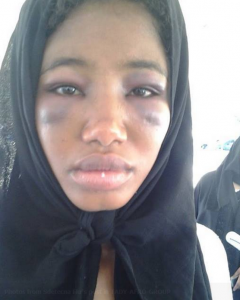 So these horrendous crimes on Ethiopians have been happening for over two decades especially in Arab countries. It is happening as we speak.

Going back to what I initially was saying, the persistence, massiveness, and globalization of the organized protests are bringing attention to prominent media, human rights institutions, influential governments and entities. It is also exposing the Saudis’ serious crimes against humanity to the open world and that might give our fellow compatriots some relief when Saudi tries to save its face. However it may not completely deter them from continually tormenting our citizens.

Therefore, it is necessary and of utmost urgency that the sub-human conditions on fellow citizens suffering in Saudi Arabia stops and measures taken to transport them to safety either back home or accommodating countries through refugee and/or asylum as appropriate. Most agree that this should not be a campaign but a movement until all our citizens are rescued to safety.

The cause has always been BAD GOVERNANCE in general and the TPLF/EPRDF led “government” in particular. Here we are not even going to try to state the obvious that there is a “government” that has completely gone wrong in Ethiopia – unless we are in a complete delusional state and self denial crisis. In fact, I’d love to be off the conventional term “Bad Governance” for the Ethiopian case and call it “Nasty Governance” since that is what it is. Not out of hatred but sincerity.

But there is no guarantee whatsoever that this won’t happen again in Saudi Arabia, Yemen, United Arab Emirates, Kuwait, Lebanon etc. Well in fact there are unheard voices of Ethiopians under extreme inhumane condition in those countries I just mentioned and beyond. Are we going to go out for demonstration all year round all over the globe? We all know that is not possible. But we can do what is possible – to address THE MOTHER OF ALL THE SYMPTOMS – THE CAUSE!

Again no wasting time stating the obvious fact that the TPLF led absolute dictatorship that is ruling our country by gun point for the past 22 years is the root cause for citizens to fall in despair and leave their country to seek domestic work in brutal Arab states. Not to mention all other turmoil, in all aspects of the nation and the society caused by this illegitimate regime that is leading Ethiopia and its people to the demise of catastrophe.

The battle on the frontline must be to end the cause by any means possible. The mother cause of all catastrophes to our nation’s and people is the TPLF/EPRDF led regime. The system must be dismantled, the regime fallen, and the perpetrators face justice.

It is evident that majority of the Ethiopian peoples’ lives both at home and abroad has been severely affected by the current state of our country. Our sovereignty as a nation, our unity as people, and our pride as Ethiopians is going down the drain. Our citizenship is in question. Every single one of us, as citizens, has responsibility of getting ourselves out of this disaster.

And there’s only one way of doing that – by treating the root cause. And that, in plain language is, ending the TPLF led rogue regime.

My most favorite verse from William Shakespeare’s Hamlet play goes as:

To be or not to be, that is the question:

Whether ‘tis Nobler in the mind to suffer

The Slings and Arrows of outrageous Fortune,

Or to take Arms against a Sea of troubles,

And by opposing end them.