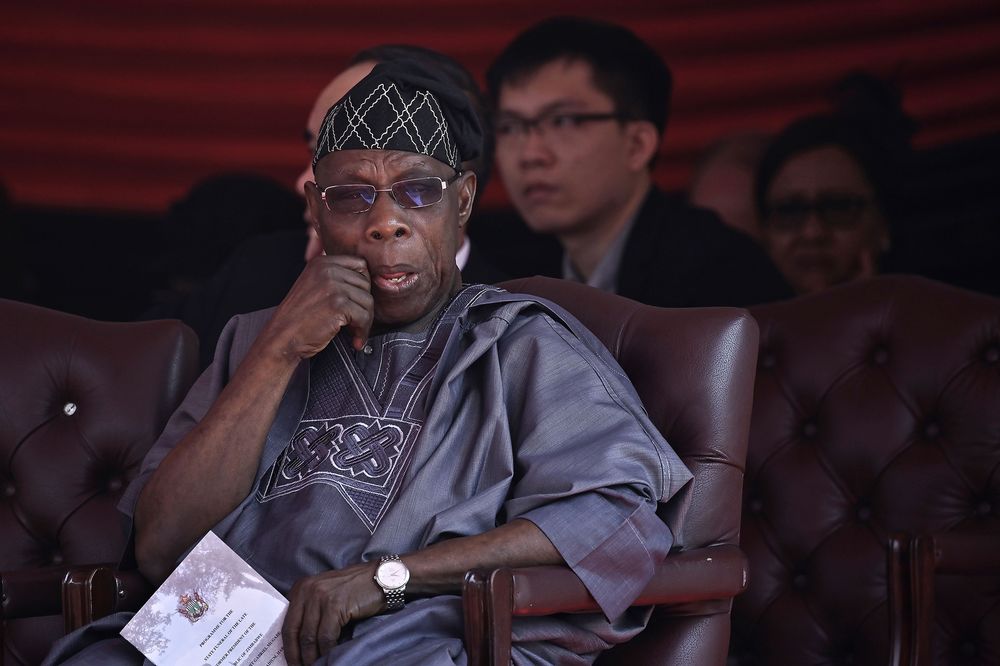 A top confidant and an avid activist of the TPLF (Tigray People’s Liberation Front) dehumanized the African Union’s High Representative for the Horn of Africa, Olusegun Obasanjo as “worst kind of chimpanzee”.

In a Facebook post made in Tigrigna on Sunday, November 21, 2021, Gebremichael said, “this worst kind of chimpanzee called Obasanjo, following his trip from Mekelle (Tigray’s capital), it is now reported that Isayas (Eritrea’s president) (and) Prosperity (Party) conducted a drone attack in Mekelle. If this (drone strike) has really happened, I suspect that his wristwatch has some sort of spying or tracking app”.

On Sunday, social media activists have been reporting that Ethiopia conducted a couple of drone attacks in Mekelle.

TPLF’s spokesperson Getachew Reda posted a tweet saying that the attack was conducted “around 1:00 am” local time. But the news was not confirmed by the Ethiopian authorities.

The former Nigerian president has been appointed to handle the conflict between Ethiopia and the rebel group TPLF that was proscribed as a terrorist organization by the Ethiopian parliament.

In the past several weeks, Obasanjo has been back and forth between Addis Ababa, Ethiopia’s capital, and Mekelle.

“All those traveling from Addis to Mekelle on a peace mission may also travel with tracking devices or spy gadgets”, Abraha posted. He continued by saying that “the envoys may not be aware of them but those hosting incoming guests should be aware of the danger”.

The only officially known person who is on “a peace mission” between Addis and Mekelle is the African Union’s High Representative for the Horn of Africa, Olusegun Obasanjo. And it is evident that Abraha’s tweet alludes to none but Obasanjo.

Following Mr. Obasanjo’s appointment as a High Representative for the Horn of Africa by AU’s chairperson Moussa Faki Mahamat, the United States and the EU have endorsed the decision.

US Secretary of State and other high officials of the US and EU have been in close contact with Mr. Obasanjo regarding the conflict in Ethiopia.

Ethiopia’s Prime Minister Abiy and his high officials have been showing the highest regard to the former Nigerian president and his peace efforts.

However, Obasanjo’s peace effort was not welcomed by the TPLF. Getachew Reda has been reported to have said in Tigrigna that the TPLF has “told him (Obasanjo) that his peace efforts are but to save Abiy”.

However, the social media, especially, Facebook, Twitter, and YouTube, accounts of several other Ethiopian activists’, have been denied access for violations of community guidelines. But the activists claimed that their only “crime” is reporting about Ethiopia’s resilience with a trending hashtag #NoMore.