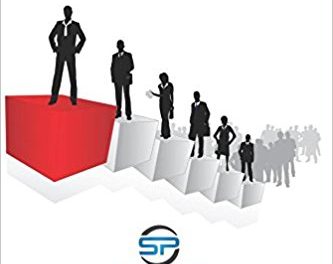 My book entitled ‘Soft Skills That Make or Break Your Success: 12 soft skills to master self, get along with, and lead others successfully’ just got published. In the book, I presented some convincing data that clearly showed that soft skills play the lion’s share for one’s success. For instance, research conducted by Harvard University, the Carnegie Foundation, and Stanford Research Center revealed, “85% of job success comes from having well‐developed soft and people skills, and only 15% of job success comes from technical skills and knowledge (hard skills).” Regardless, many inventors, technocrats, business owners, new hires, supervisors, and managers from diverse industries over depend on their expertise. Accordingly, they neglect to develop their soft skills proactively and in turn pay dire prices individually and cause havoc in their organizations.

In our history, we’ve witnessed many technically genius individuals struggling to succeed because of lack of some essential soft skills. Nikola Tesla was one of such individuals. Tesla invented AC electrical system and coil, which is recognized for laying the foundation for wireless radio technology. On top of these two inventions, Tesla was also a pioneer in discovering technologies such as X-ray, remote control, radar, dynamos, and so on.

Sadly, Tesla lacked the necessary soft skills that could have complemented his technical skills. He was unable to communicate- both in writing and verbally, his inventions. He came short of promoting and marketing his discoveries. Tesla failed to hold patents for all of his inventions. He was also unable to negotiate to benefit from his ideas entirely. At the end of the day, regrettably, his technical genius couldn’t save him from dying poor in solitary.

As of 2016, Forbes acknowledged that Apple outshines its tech peers such as Microsoft and Samsung. It’s one of the most valued companies in the world. Behind the formation of Apple were two outstanding individuals- Steve Jobs and Steve Wozniak.

However, without the supplement of Jobs’ soft skills, Wozniak- regardless of his off chart technical genius, wouldn’t have pulled off Apple. Even if he could, he wouldn’t have launched it to become a worldwide phenomenon without Jobs’ excellent soft skills. In short, millions around the globe wouldn’t have enjoyed the amazing products of this leading company if the two didn’t come together and complemented one another. 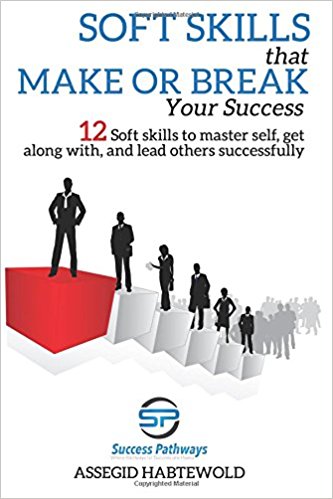 Both Tesla and Wozniak had outstanding hard skills. Unfortunately, these were not enough to attain extraordinary achievement. Only 15% of success comes from technical expertise.

The difference between the two gentlemen, nonetheless, was that Wozniak teamed up with soft skills genius Jobs who articulated, promoted, and marketed Apple and its products; selected, empowered, and continually inspired Apple’s leaders and team members; negotiated, formed coalitions, and more. Tesla wasn’t lucky to have such a partner. He paid the dire prices of lack of soft skills. Accordingly, he died lonely and in debt.

The same is also true when it comes to entrepreneurship. When some technical professionals see that they are amazingly good at what they do, they are tempted to start a business (or encouraged by well-meaning people to become their boss). They quit their job and open their own business thinking that their hard skills alone are enough to excel in the business world.

Disappointingly, it’s widely believed that nine out of ten new startups end up unsuccessful. There are many reasons why new startups fail. What you won’t find in the list of reasons why the overwhelming majority start-ups die is the lack of technical skills. If you sum up all the reasons, however, they boil down to one thing- the lack of certain soft skills.

Not just in the field of invention and entrepreneurship, everywhere, the lack of soft skills is affecting every industry. Let’s just pick the corporate world. There is no shortage of employees. For every position they announce, businesses receive hundreds and sometimes thousands of submissions from overly qualified, technically excellent, and highly experienced applicants. The common challenge all companies face is selecting that one right employee who has the qualification and experience plus the soft skills to fit into the corporate culture and get along with the already existing team members.

Despite carefully selected criteria, background checks, and contemporary screening approaches, the majority employers often end up disappointed in their choices. In the majority of the cases, this is not usually an issue with technical abilities. Mark Murphy- author of Hire For Attitude said, “Forty-six percent of new hires fail in the first 18 months, and 89 percent of them failed for attitudinal reasons. Only 11 percent failed due to a lack of hard skills.” The expertise that brought the new hires through the door was unable to help them stay there longer and flourish. Companies let go of many of their new hires regardless of their superb technical expertise due to the absence of certain soft skills.

Of course, it’s not just new hires that disappoint because of lack of soft skills. Look around you. Many existing employees, supervisors and managers also struggle due to lack or poorly developed soft skills.

Higher-level positions frequently involve supervisory duties that require having excellent soft skills. Unfortunately, many companies don’t pay close attention to soft skills when they promote their super achievers. When the latter demonstrate outstanding technical abilities and outperform their peers, they get promoted to lead their team. And, as a result, they cause havoc.

Common workplace complaints such as high turnover, conflict, lack of synergy, and low levels of productivity many companies are experiencing today come down to lack of certain soft skills by supervisors and managers. For instance, “A Gallup poll of more than 1 million employed U.S. workers concluded that the No. 1 reason people quit their jobs is a bad boss or immediate supervisor…People leave managers not companies…in the end, turnover is mostly a manager issue.”

So, what does this all mean? If you are a business owner, professional, supervisor, or a manager, you need to understand that your dream cannot be realized unless you work on your soft skills. If you are a leader, you should know that the majority of the troubles in your organization are the result of some of your key people lacking certain soft skills.

The bottom-line is, if your desire is to succeed and achieve extraordinary results, you and your team need to develop the 12 soft skills unveiled in the book. These 12 soft skills are necessary to master self, get along with, and lead others successfully. They are industry and culture neutral. In whichever industry and country you may belong, they empower you to achieve extraordinary success in your personal life, career, and business.

[i]Assegid Habtewold is a coach, consultant, and soft skills and leadership workshop facilitator at Success Pathways, LLC (http://www.successpws.com). His new book is available at Amazon. To download the first part and conclusion of the book, and also get more info about the book, check out this link.