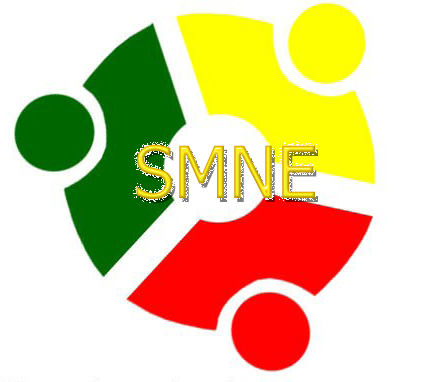 The Solidarity Movement for a New Ethiopia (SMNE) strongly condemns the recent illegal arrest and extradition of Mr. Andargachew Tsige from Yemen to Ethiopia.  Mr. Andargachew was allegedly picked up at the Yemeni airport in Sana’a while in transit from Dubai to Eritrea. During a layover there, Yemeni security agents, tipped off and accompanied by Ethiopia’s own security agents, were prepared to pick him up and to fly him to Ethiopia. The plan was executed and now, Ethiopian government representatives say he is currently being held in Addis Ababa under charges of terrorism. The SMNE, as a social justice movement that stands up for the well being of all Ethiopians, denounces this illegal act against Mr. Andargachew Tsige, a popular leader of the opposition group, Ginbot 7.

SMNE Executive Director, Obang Metho, states, “When one Ethiopian is unjustly treated, we are all mistreated. We cannot ignore any injustice; yet, Ethiopians should not be surprised, discouraged or deterred by the arrest of Ato Andargachew because this ethnic apartheid regime has a long history of targeting anyone who speaks out against the TPLF/EPRDF. Ethiopian prisons are filled with some of our most noble servants of justice; some are well known like Andargachew and many others are lesser known, but they are all our people and part of our family of Ethiopians. This brazen arrest should motivate the public to put increasing pressure on this autocratic government for the release of Andargachew as well as all others being held unjustly. My hope is that this will bring us to the tip of the iceberg; causing all Ethiopians to advance a strong plan of action to end the brutal and autocratic rule of the TPLF/EPRDF that has been terrorizing its citizens for twenty-three years!”

The arrest of Andargachew, a British citizen, and his extradition to Ethiopia is disturbing in its blatant disregard for international laws. Both Yemen and Ethiopia are signatories of the Vienna Convention on Consular Relations which means that citizens of another country cannot be extradited at will but must go through a process of first notifying authorities of the citizen’s own country through their embassy so a visit can be arranged first. This requirement was not followed.

We in the SMNE condemn Yemen’s actions and call on the British government to act swiftly and comprehensively to use all legal and diplomatic channels to intervene so as to ensure Mr. Andargachew is not tortured and that he is treated humanely while actively working to gain his release. Additionally, the British government and others in the international community should hold the governments of Yemen and Ethiopia accountable for their violation of this convention. Are there consequences when these agreements are broken? This is not the first incident for Ethiopia, but is one of many where the rights of citizens of other countries have been violated by Ethiopia in contradiction to respecting the sovereignty of these countries.

There are other examples where countries close to Ethiopia have cooperated with them in extraditing Ethiopian refugees or Ethiopian-born persons, who are now citizens of countries like the United States and Canada, back to Ethiopia where they have been imprisoned, tortured and charged with trumped up crimes.  South Sudan, Kenya, Djibouti, the Sudan, Uganda and now Yemen have all participated in this illegal process and are getting away with it.

For example, in June of this year, Okello Akway Ochala, the former governor of the Gambella region of Ethiopia and a citizen of Norway, was extradited from South Sudan to Ethiopia without ever notifying the Norwegian authorities. He is now in prison in Ethiopia, facing trumped up terrorism charges for acts committed by the TPLF/EPRDF in the 2003 massacre of the Anuak leaders. The Norwegian government is now working for his release, but little progress has been made thus far. Another thirty or more Anuak have been kidnapped from South Sudan and extradited to Ethiopia.

On March 2, 2013, Mr. Ojulu Odol, a 33-year old American citizen was killed by Ethiopian National Defense Forces (ENDF), in a rural area in the Gambella region of southwestern Ethiopia.

In 2013, Oromo dissidents in Kenya were illegally handed over to Ethiopian authorities for rendition, ignoring their refugee status. One of the men died in custody; the other remains in prison. Many other Oromos have been kidnapped from Kenya.

In 2006, a Canadian citizen, Bashir Maktal, originally from Ethiopia, was picked up in Kenya and extradited to Ethiopia by Kenyan authorities. He remains in custody.

Within Ethiopia, the list of TPLF/EPRDF opponents who have been imprisoned is one of the longest on the continent. When the United States declared the war on terror following 9-11, the TPLF/EPRDF quickly saw an opportunity to use it as a means to repress opponents. The language of anti-terrorism was readily adopted and turned into laws that could be used to crush resistance. This became particularly true in the aftermath of the flawed national election of 2005 when CUD leaders were imprisoned under charges of terrorism. Several years later, the TPLF/EPRDF-controlled Parliament passed two laws:

1) an anti-terrorism law, which essentially stifled free speech, and

2) the Charities and Societies Proclamation, which eliminated civil society.

These laws are used to justify the arrest and imprisonment of anyone with a different opinion under the guise of anti-terrorism. There are many victims of this abuse of the legal system, including persons like Eskinder Nega, Andualem Araga, Reeyot Alem, Muslim protest leaders, Oromo student protestors, Zone 9 bloggers, leaders of regional opposition groups like in the Ogaden, Afar, Benishangul, Oromia, Gambella, Tigray, Amhara and so forth. Now Andargachew and four leaders of the opposition, who were arrested July 8, 2014, are added to that list. Their names are: Abraha Desta of Arena-Tigray, who is the party’s executive members and prominent among Ethiopia’s social media circle, Habtamu Ayalew and Daniel Shibeshi of UDJ/Andinet, and Yeshewas Assefa of Blue party.

The TPLF/EPRDF regime has accused Andargachew of terrorism. In fact, they held his trial in 2012, in abstentia. He was found guilty as charged and given a death sentence; but, from what the people of Ethiopia know, Andargachew is someone who has never harmed anyone or damaged anything in Ethiopia. He is now in the same predicament as the journalists, activists, bloggers and other leaders who have been accused of terrorism without basis. Instead, this man has been detained because of having a different opinion.

In Ethiopia, innocence makes no difference since there is no independent judiciary. Finding enough evidence to convict is no problem as it can simply be made up to justify their injustice. Outcomes are not determined by an impartial court system, but are determined by those in power. Even when in the bush, the TPLF-run government of today had been so well-known for their violence, atrocities, kidnappings and false flag actions when attempting to overthrow the Derg that they earned their place on the US State Department’s own list of terrorist groups. Now, they are accusing others, who have never committed any the crimes on the TPLF’S own list of past or present crimes.

Mr. Metho states: “It is time for the Ethiopian public, the British government, donor countries and the international community to hold the Ethiopian government accountable before the disequilibrium in the Horn of Africa is so unsettled by the ethnic-apartheid actions and miscarriage of justice of the TPLF/EPRDF regime that it brings instability not only to Ethiopia, but to the greater region of the Horn of Africa. Where is the resistance, condemnation and outrage by Britain, Norway, Canada and the United States to the TPLF/ERPDF’s violations of diplomatic respect, international conventions and laws? Has it finally risen to the point of action? I hope so.”

In regards to the Ethiopian public, Mr. Metho states: “We should pressure the TPLF/EPRDF’s power holders to change their policies, to rescind laws used to silence dissident opinions with charges of terrorism, to rid the courts of those who pervert justice, to open up political space, to allow freedom of expression and to release all those being held under false pretenses, people like Mr. Andargachew, but also others. Genuine reforms should be made that change the political landscape of Ethiopia towards one that is inclusive. The TPLF/EPRDF should learn from other autocratic regimes who have taken a nose dive towards upheaval. When such regimes hold power with an iron grip; sooner or later they will lose their grasp. The TPLF/EPRDF cannot continue to suppress the majority of people and pretend that there is no new day ready to dawn.”

In conclusion, we in the SMNE condemn the extradition of Mr. Andargachew to Ethiopia and the false charges that now stand to condemn him. Above that, we condemn the decayed system of Ethiopian justice that now stands in condemnation of itself by virtue of the absence of any semblance of justice. Mr. Andargachew has been kidnapped illegally only for having a different opinion than the TPLF.

Mr. Metho asks, “Can we Ethiopians admit we have not persisted long enough in our struggle for the freedom of those still languishing in prisons throughout Ethiopia, not only Mr. Andargachew, but also the countless ones who are not as well known? Will Mr. Andargachew provide the inspiration needed to step up our struggle against such injustice? Has it finally risen to the point of action for such a time as this? Every Ethiopian must answer this question. As for me, I am ready, are you?”

May God give Ethiopians strength, wisdom, courage and a willingness to do what is right in this struggle for freedom for all!

Please do not hesitate to e-mail your comments to Mr. Obang Metho, Executive Director of the SMNE at: Obang@solidaritymovement.org