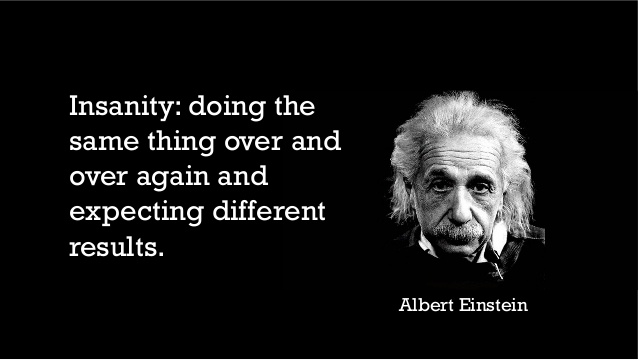 After reading my recent articles, a colleague thought that writing about the leadership gaps and accusing of our culture as the root cause for our major troubles at this very critical moment is a distraction from the main thing. For him, the main thing is removing TPLF by all means with a sense of urgency. After a thorough discussion, we finally reached a common understanding. We agreed that these articles aren’t diversions but rather alarms and necessities if our desire is to quicken our struggle in bringing a regime change, and most importantly to enjoy a lasting peace, democracy, and the rule of law in post TPLF Ethiopia. Yet, it occurred to me that many other readers might have felt the same. So, I decided to write a couple of articles to clarify the need to reform our culture, and develop the capacity of our contemporary & future leaders before releasing my articles on bridging the leadership gaps, which I promised at the end of my last article. We all may agree that, while TPLF is in power and continuing to implement its faulty policies, it’s unlikely to bring true democracy and freedom in Ethiopia. Thus, in principle, I concurred with my critic that removing TPLF must be the first priority. But, it’s possible that we can carryout multiple synergistic efforts simultaneously toward the main thing. While some of us engage in fighting at the political battlefronts, the rest of us should participate in the change process in the areas of our passion and using our talents and experiences at multiple other fronts. When we engage in such a coordinated manner, that is when TPLFis unable to stand the pressures, and then give way to the change whose time has long overdue. Hence, we don’t necessarily need to abandon everything else and put all of our eggs in one basket, especially knowing that TPLF has been working hard day and night in changing our centuries old culture in order to divide and conquer, overcome resistance against its ethnic-apartheid style rule, corrupt our productive citizens, and effectively promote its own other sinister agendas.

TPLF has been waging wars at multiple fronts since its jungle days. Once it took power, it has been using state machineries such as the police, military, security apparatuses, economy, media, and the education system to maintain its dominance at every front. It invests hundreds of millions of dollars per year toward lobbying so as to silence international pressures. It wholesales not only our lands but also give away our national interests to appease, and in turn put neighboring countries in its pocket. It squashes its opponents mercilessly using every available means, and also do so many additional ugly things while busy reforming our culture to make it susceptible, and then, unable to withstand its menacing plots against Ethiopia and its people. Why then should we disregard all other facades and focus on one front? This approach is faulty at many levels. For one, it has been tried for decades and didn’t bring satisfactory results, and why then should we do it again and again and expect a different result?As Albert Einstein put it beautifully,“Doing the same thing over and over again and expecting a different outcome is insanity”. Second, TPLF continues to have a field day since it could easily squash our ‘one basket filled with multitudes of eggs’. Third, the problems we face are deep and multifaceted that requires manifold synergetic moves.

Thus, we should discontinue our insanity, self-examine, evaluate our past, learn some lessons, drop those things that haven’t delivered, and come up with new ones that could bring lasting transformation. The latter, however, cannot happen without reforming our culture. Culture is the god of its inhabitants. The ways we think, behave, communicate, decide, act, and interact are molded by our culture. So far, these couldn’t help us get ride of tyranny, bring lasting peace, stability, cooperation, economic and technology advancements. We continue to experience conflict, further disintegration, chronic famine,and corruption. We’re known worldwide as one of the poorest countries in the world regardless of our abundant natural resources, great people, and rich history and so many golden cultural attributes. Unfortunately, we keep doing the same things again and again that failed us overcome these dire situations. Shouldn’t we stop and ask ourselves why these vicious circles continue to exist regardless of our continuous efforts to change them?

Let me share with you one of the vicious circles that I shared with my colleague. Many patriotic Ethiopians in the Diaspora have done their best to contribute their share in bringing democracy in Ethiopia since the late 60’s. Some of them sacrificed so many things toward this cause and died without witnessing the realization of their dream. Many others are still fighting one regime after another in the past several years without any meaningful outcomes- one tyranny replaces another, and the struggle continues against the latest and worst tyrant. These patriots fought the feudal regime boldly hoping that its downfall would bring a lasting change including going back to their native country. Their dream cut short when Derg took power. They didn’t have any choice except to continue fighting. Their frustration turned into a nightmare when a racist and divisive- a more repressive junta- substituted the military regime. The fight is still on with a sense of urgency; more of our people are leaving the motherland and going to very volatile places, let alone those of us who are already in exile to return.The question is: what has been missing? Rather, first, what has been the constant? Fighting one dictatorial regime after another with laser-focused attention has been there but without any significant outcome. What has been missing was the ability to invest our talent, time, and resources to carryout other background things at multiple fronts so that dictatorship wouldn’t have any room after a regime change.

It shouldn’t be our destiny to continue fighting one tyrannical government after another throughout our life. We need to reform our culture so that it repels, starves, and punishes tyrants. The present-day matured democracies inherited a stable culture that doesn’t entertain dictatorship because they had configured their culture by adopting the right constitution and designing a governing system that has checks and balances at various levels. They made sure their education system nurtures the culture; their arts, music, and media promote those values that are pillars to their culture such as individual liberty, freedom of expression, and the rule of law. They formulated their legal system to protect these values. They also built their armies and law enforcement bodies in such a way that their loyalty is to the constitution, which is the embodiment of these values.We may not need to copy and paste everything from them but one thing we must learn, if our desire is to enjoy the freedom, liberty, and democracy they have been enjoying is to reform our culture one step at a time the way it fits our objective conditions on the ground. But, culture cannot easily be reformed overnight. It takes years, sometimes decades. The right place to begin the reform is raising leaders (rather, change agents), at all levels, in different industries (politics, business, NGO, religion, academics, art, media, etc.). We should raise, promote, encourage, and reward those that detest dictatorship; those who won’t be tempted to promote the domination of one group over the others; and those whose preoccupation is serving, not becoming parasites.

That is why, as much as the political front is important and urgent, so is working on our culture and leadership capacity building. Abraham Lincoln said, “Give me six hours to chop down a tree and I will spend the first four sharpening the axe.” Bridging the leadership gaps, reforming our culture, and other background works are like sharpening the axe, and are critical to chop down the bad tree- TPLF, and some elements in our culture that allow tyrants to flourish. After TPLF, we should make sure that another generation wouldn’t go to the jungle to bring regime change, migrate to save their lives, and pursue their freedom somewhere on foreign lands. This vicious circle must stop in this generation. As intelligent, hardworking, and God fearing people, we must reflect, learn from our past, take some lessons, continue to implement those approaches that worked and change those that failed us, and project into the future and make sure that the next change won’t be the same. While fighting at the political battlefronts, we must raise the capacity of, first, our leaders, and then our people. We need capable, empowered, and extraordinary change agents to lead the cultural reform. It’s possible but it takes humility, open heart, ready minds, and committed souls. Are you one of them?

We must stop doing things haphazardly (BeZemecha). Let’s also stop acting like a fire brigade J. We’re good at coming out to tackle a problem once it reaches a tipping point. Once the threat subsides, we go back to our routine, and hibernate until another emergency situation awakens us. We need to wage deliberate, calculated, effective battles at multiple fronts, and measure our progress frequently and if necessary make amends quickly. Let’s have continuous, civilized, and inclusive discussions to have a shared vision, and a culture that is conducive to realize this vision. Let’s continue to engage in informative, participatory, and productive debates to shape the future of Ethiopia NOW. Let’s be open and entertain diverse ideas about the kinds of constitution, federal system, and development policies we need so that the shared vision may come to fruition. These and many other activities at multiple fronts should begin NOW. We don’t need to wait until TPLF is gone to do these things. Lastly, as Albert Einstein said, we must know that“We can’t solve problems by using the same kind of thinking we used when we created them.” Whatever thinking, approaches, and systems we have had in the past brought us here. If we don’t like where we are NOW, we must change the former. If our genuine desire is to experience different kinds of results than what we have had so far, let’s stop doing the same things again and again. Most importantly, let’s stop the restlessness, and begin anew. Some of the activities that are running in the Diaspora are genuine. But, many of these are limited in scope while the rest are without wide array of support. Still others are staged and for the purpose of creating sound bites. What we need is broader, coordinated, and unscripted approaches led by change agents from various industries. That is when we begin to experience lasting transformation through cultural reform and leadership development. As promised, I’ll continue to write articles on these themes. My articles are aimed at provoking our thoughts, and igniting further debates (not to distract). My hope is that our community organizations may take these two things (reforming our culture, and raising change agents) seriously, establish institutions, design programs, recruit and train the trainers, arrange conferences, workshops, mentoring programs, and organize practical volunteer opportunities, and so on. Stay tuned!