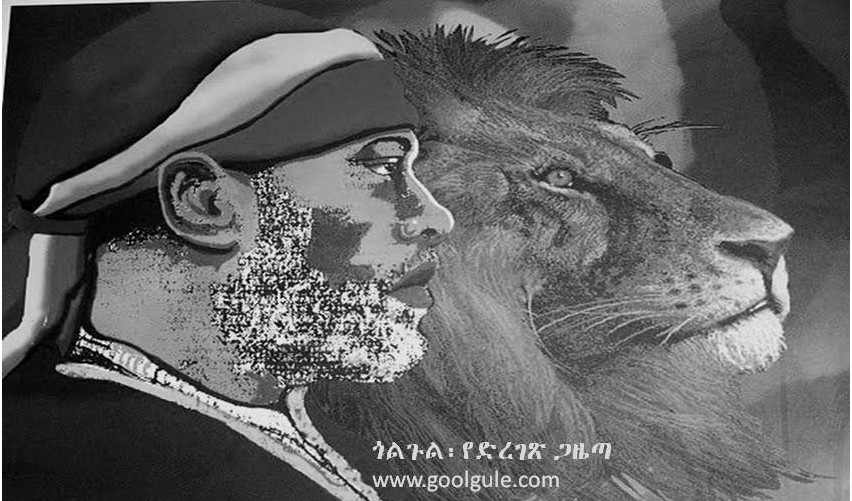 Raymond Jonas went to the Boston Museum of Fine Arts one day when he was in town for a conference, aiming to see an exhibit of European art. But on the way out, he stumbled onto a photography exhibit with one arresting image.

The photographer — Fred Holland Day, who was active in late 19th century Boston — had brought an African American man to his studio, dressed him in what he imagined an African chief would wear, and labeled the image “Menelik.”  Jonas, a UW history professor, recognized the name instantly. Menelik was the emperor of Ethiopia who, in 1896, led his army to victory over Italy in the Battle of Adwa.

“I knew the story of the Battle of Adwa, and I was intrigued by the idea that a Bostonian, a European American, would want to do a portrait of Menelik, even though it wasn’t the real Menelik,” Jonas said. “Its pretty obvious to me he was thinking about the impact of the story on post-emancipation America. He was using the photo as a meditation on race relations in the U.S.”

On the way back to his hotel from the museum, Jonas found his mind already racing, imagining a book on the subject. Now that book has been published. He called it “The Battle of Adwa: African Victory in the Age of Empire.”

Unlike Jonas, most people have never heard of Menelik or the Battle of Adwa. When asked about relations between Italy and Ethiopia, it would be more likely for the average person to think of Italy’s invasion of the African country in the 1930s, when the Europeans were victorious. To Jonas, thats ironic, because the Italians remained in Ethiopia for only four years before being driven out, and Ethiopia has been independent ever since. But Italy had ambitions of empire in Ethiopia long before the 1930s, and the fact that they were defeated by an African army was a shock at the time.

“Its a victory for Africa at a time when the story is one of unrelenting setback and defeat,” Jonas said. “There are other instances where Africans win. There’s a classic example where the Zulu defeated British forces thats been popularized in film. But its a temporary setback. Ultimately, the Zulus are defeated. Ethiopia is unique in that its the only country not to be defeated in the period of empire.”

He added that the story also includes a racial element, because a black army defeated a white army, and afterwards, many white Europeans became prisoners of black Africans — the reverse of the usual situation at the time.

Seeing the photo exhibit, however, lent Jonas a new perspective on what happened. “What I hadn’t thought about until I saw that photo was how the story would have resonated in this country,” he said. The book he imagined would be “the story of Adwa as something that was hovering somewhere over the Atlantic. Not purely African, not purely European, not purely American, but a transnational story.”

Jonas wasn’t an obvious person to write that story. Trained as a Europeanist, for much of his career he had focused on France, with some forays into Germany, Russia and Italy. The need to come to terms with what he calls the “vast literature” of Africa was daunting. But he was carried forward by his enthusiasm for the story, which had been written in complete form only once, shortly after the battle, by a British journalist.

“It was a book ready to be written,” Jonas said.

And so he began by making his first trip to Ethiopia and taking photos of the sites he would write about. Early on, he made a decision that this would be a book not for fellow historians, but for the general public. He therefore has written no articles on the subject for professional journals, fearing that once he began using academic language, it would filter into the book.

“I think its a story that people need to hear, and in order to get people to hear the story, I tried to write in a way that people would want to read,” Jonas said.

He refers to what he wrote as a character-driven narrative. And interesting characters they are. Here is a portion of Jonas account of Menelik and his wife, Taytu:

“It was also a union of destinies. In Menelik, Taytu saw a vehicle for her ambitions. In Taytu, Menelik saw wealth, political smarts and connections in a part of the country he would have to win over if he was to rule Ethiopia. If Menelik and Taytu were running for office in an American presidential election, it would be said that Taytu brought geographical balance to the ticket.”

The Italians are equally interesting. The commanding general, Oreste Baratieri, was a “kind of upstart” because he wasn’t of noble birth, and his brigadier generals — who had the pedigree he lacked — were querulous and resentful of his authority. It was because of the brigadier generals that the battle was fought, which was tragic for the Italians, because Menelik had in effect already won, Jonas said

That was due to a number of factors. For one thing, Menelik and some European advisers he relied on had been waging a successful PR campaign in the European press to curry sympathy for his cause. Moreover, Menelik had won over his countrymen so that he had overwhelming numbers to deploy against Italy — men who had proved their fighting ability and were well supplied with arms (ironically, some of those arms came from Italy). All this was established before March 1, when the battle took place. Baratieri would have preferred to withdraw, but his generals put pressure on him to fight, and once the battle began, they defied his tactical orders with disastrous results.

The larger-than-life characters and endless intrigue make for a fascinating read, and Jonas was lucky in that many of the survivors kept diaries or wrote memoirs that he was able to access. He thinks readers will enjoy the story for its own sake, but theres also a larger point he wants to make.

“Historians have looked at the Spanish-American War in 1898 as a turning point because the U.S. defeated a European power, Spain, without needing allies as it did in the War of Independence,” Jonas said. “So it shows a global shift in power from Europe to the U.S. A related turning point is 1905 when Japan — an Asian nation — defeats Russia in the Russo-Japanese War, so theres a racial element.

“The Battle of Adwa in 1896 has both of those elements. You have a European power defeated by an African power and you have the racial dimension too. My argument is, if you’re looking for the decentering of the world, if you’re looking for a multipolar world—one where power doesn’t revolve around Europe—you could look at 1905, you could look at 1898, but you should also look at 1896.” (Written on January 5, 2012; source: University of Washington Today)