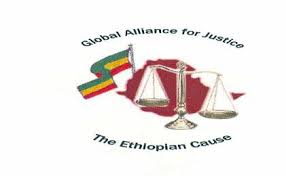 1.1 Taking into consideration the presentations and deliberations at the international conference which was held at the hall of the College of Medicine at Howard University on September 26, 2015;

1.2 Expressing the conference’s warmest appreciation to Howard University for having provided its hall free of charge and for its excellent hospitality as well as to the various supporters internationally through financial contributions as well as direct services;

1.3 Recalling, with appreciation, one of Howard University Medical School’s graduates, Dr. Melaku Beyan, and his patriotic, professional service to humanity and, in particular, to Ethiopia;

1.4 Taking into account the international conference that was undertaken by 12 speakers comprising high level personalities, academicians, professionals, representatives of certain civic organizations, advocates for justice, and several participants, at in Washington, DC on Saturday, September 26, 2015;

1.5 The following main conclusions and recommendations are hereby declared by the conference unanimously:

2.1 Whereas there is an abundant and an over whelming evidence that Fascist Italy perpetrated devastating war crimes in Ethiopia during 1936-41 using:

2.2 Whereas, furthermore, as a consequence of the Fascist Italian war crimes, Ethiopia had suffered the following major losses:

3.1 Whereas there is an overwhelming evidence as to the fact that the Vatican, then led by Pope Pius XI, and subsequently, by Pope Pius XII, was fully complicit with Fascist Italy under the leadership of Benito Mussolini;

3.2 And whereas with regard to the stark evidences proving the Vatican’s complicity, the following examples are presented here under:

3.3 Whereas the Vatican has apologized repeatedly to the Jews for its silence during the Nazi holocaust and whereas Pope Francis I has recently apologized to the people of Latin America for the Catholic Church’s siding with the European colonialists, and whereas the Vatican has not apologized to the Ethiopian people for its complicity with the Fascists despite repeated appeals by the Global Alliance for Justice – The Ethiopian Cause as well as the petition signatures of over 4,600 individuals residing in over 30 countries throughout the world (www.globalallianceforehtiopia.org);

4. THE LEAGUE OF NATIONS’ INEFFECTIVENESS

4.1 Whereas, Ethiopia, a sovereign member of the League of Nations had appealed repeatedly, including the personal address to the League by Emperor Haile Selassie I on June 30, 1936 and May 12, 1938 for a deterrent action against the Fascist Italian Invasion;

4.2 Whereas the League failed to take an effective action resulting in a feeble and temporary set of sanctions that virtually facilitated Fascist Italy’s occupation of Ethiopia and the perpetration of the devastating war crimes;

4.3 Whereas the Suez Canal was left open by the British Government then occupying Egypt for Fascist Italy to transport its huge army and its war materials of occupation against Ethiopia;

4.4 Whereas the Laval Treaty formulated by the British and French Governments in 1935 was attempting to partition Ethiopia for their and Italian benefits;

4.5 Whereas the League of Nations took no action despite Fascist Italy’s use of mustard poison gas in Ethiopia, an act that was forbidden as per the 1925 Geneva Protocol;

4.6 Now, therefore, the League of Nations was accountable for the war crimes and the consequent huge damages committed by Fascist Italy against one of the League’s members countries, Ethiopia, which was entitled to the application of the principle of “collective security”;

5.1 Whereas Fascist Italy was defeated by patriotic Ethiopian fighters under the overall leadership of Emperor Haile Selassie I with the support of the British Government and driven out of Ethiopia in 1941;

5.2 Whereas the British army confiscated substantial quantities of Ethiopian properties during its intervention in Ethiopia;

5.3 Whereas none of the Fascist criminals, including General Badoglio and Marshal Graziani were brought to justice at the United Nations war tribunal for the crimes they committed in Ethiopia;

5.4 Whereas the Italian Government has continued with its impunity by establishing a mausoleum for honoring the Fascist criminal (even as per current Italian laws), Rodolfo Graziani, at an Italian town called Affile;

5.5 Whereas what Italy paid in the form of reparations was a totally inadequate amount of $25 million which was utilized for the construction of the Koka Dam although Italy had agreed to pay a compensation of $125 million to Yugoslavia, $105 million to Greece, $100 million to the Soviet Union;

5.6 Whereas Italy has recently agreed to pay reparations of $5 billion to Libya as compensation for the losses it inflicted during its occupation and colonial rule of that country;

5.7 Whereas, as stated above, with the exception of the Axum Obelisk, the Ethiopian properties looted by Fascist Italy have still not been restituted to Ethiopia;

5.8 Now, therefore, this conference has come to a clear conclusion that adequate reparations and restitution of properties are duly required from the Italian government, the Vatican and other collaborators;

Taking fully into account the above facts and in consideration of the still pending historic war crimes committed against Ethiopia during 1936-41, this conference resolves:

6.1 That the quest for justice by the Global Alliance for Justice – The Ethiopian Cause (GAJEC) as well as international supporters deserves encouragement and appreciation;

6.2 The conference calls on the Italian Government to collaborate effectively with GAJEC in the quest for justice for Ethiopia with regard to the Fascist war crimes and the devastating losses that had been inflicted;

6.3 The conference also calls on the Vatican, in particular His Holiness Pope Francis I, to undertake the Christian duty of offering a formal and a public apology to the Ethiopian people for its complicity with Fascist Italy as well as restituting to Ethiopia the looted properties including over 500 manuscripts currently in the custody of the Vatican;

6.4 The conference calls on the Italian Government to remove the name Rodolfo Graziani, as per the resolution by the Lazio Regional Council, from the mausoleum established for him at Affile as he was a criminal even as per current Italian laws;

6.5 The conference further calls on the United Nations to accord a full recognition of the Fascist war crimes committed in Ethiopia and initiate appropriate and   effective measures to ensure that the long delayed justice is achieved by the Ethiopian people.;

6.6 The conference also calls on other international institutions such as the European Union Parliament, the African Union, and human rights organizations to pay a particular attention to the justice owed to the Ethiopian people for the horrendous Fascist war crimes;

6.7 The conference calls on Governments such as those of USA, Great Britain, France, etc. to render their unreserved support for the achievement of justice on behalf of Ethiopia, a victim of atrocious Fascist war crimes.

6.8 That GAJEC calls on academics, historians and professionals in the relevant subjects to conduct in depth studies on the issues of the Fascist war crimes/genocide committed against Ethiopia and submit appropriate recommendations for the achievement of the required justice;

6.9 That the conference calls on all people who believe in justice and human rights exert their maximum efforts in support to the quest for justice on behalf of Ethiopia through material and other forms of support including participation in the annual Yekatit 12 commemoration event, relevant meetings, signing the petition on GAJEC’s website, advocacy measures such as appeals to the relevant Government authorities and international institutions e.g. the United Nations and the European Union;

6.10 That GAJEC arrange a holistic and an in depth study, in collaboration with appropriate institutions and professionals, to determine, based on an incontrovertible evidence:

This declaration was carefully considered and approved by the conference participants unanimously on September 26, 2015.