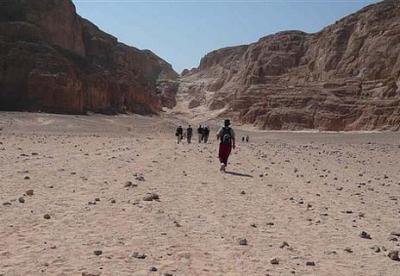 In both theory and practice, pull and push factors drive migrants out of their own countries of origin. The factors are complex but they are in general categorized as: (a) demand-pull factors, represented by better economic opportunities and jobs in the host (new) country; (b) supply-push factors, represented by the lack of economic opportunities, jobs, and economic downturns, political oppressions, abuses of human rights by home country governments, religious intolerance (constraints), war, conflict and insecurity in the home country; (c) mediating factors that accelerate or constrain migration which may include the existence or prevalence of opportunities available to human smugglers, fly by night recruitment agencies, registered recruitment agencies operating within the legal system and government policies encouraging/incentivizing citizens to migrate; and (d) social network (pull) factors such as the existence of relatives, friends and acquaintances in host countries, available opportunities for family unifications in host countries, and success stories of diaspora migrants. The role played by each of these factors and their relative importance and dynamics depend on the economic, political, societal conditions and geographical proximity between the home, transit and destination countries.

In attempting to explain the Ethiopian outmigration, our conjuncture is that the push factors play the dominant role in driving out Ethiopians out of their country, prominent among them being abject poverty and bad governance. Bad governance and economic constraints are highly correlated, for bad governance basically means the lack of rule of law, political freedom, accountability, transparency, efficient institutions and increased corruption and insecurity. Development economists have repeatedly shown that bad governance plays significant roles in retarding development in addition to exacerbating economic inequality, increasing poverty, corruption, conflicts and environmental degradation.

Development economists have also documented that economic mobility and geographic mobility are correlated. Unfortunately, the ruling party’s ethnic policy is known to have restricted internal migration. That is, by restricting internal migration, the ethnic based governance and political structure, has limited the economic opportunities of the citizens and the country’s capability to absorb migrants internally. As Gray, Mueller and Woldehanna (2012) show, barriers within Ethiopia indeed exist, thereby prohibiting citizens from freely moving within regions, hence denying them the basic constitutional right of mobility. The expulsion of “others” from the Benishangul-Gumuz, and Gura Ferda and the Ogaden regions, considered by many to be crime against humanity is the extreme version of it. Another political problem which has a colossal economic impact on migration is the corruption conundrum. As Ariu and Squicciarin argue, the prevalence of corruption within a nation tends to drive relatively skilled workers out of their own country in part because they distaste a non- meritocratic and nepotistic regime. The “prolonged loss in human capital” in turn leads a country to be afflicted by brain-drain which is known to be a major obstacle to economic growth. In the case of Ethiopia’s opaque system, there is a widespread perception that one can only advance his/her career and economic opportunities using close knit ties established through one’s ethnic stock, family connections or through corruption. This captured state of the Ethiopian State has been dealt in the special edition of the Ethiopian E. Journal for Innovation and Research Foresight (Volume 5 No 1 2013).

In explaining the Ethiopian migration to the Middle East, which we believe is largely economic, we ask two interesting questions: Firstly, why do Ethiopians leave their birthplaces en masse when their country is alleged to have been registering double digit real economic growth rates for nearly a decade? Secondly, are there any overarching identifiable factors that explain the Ethiopian exodus? Managing the variables enables policy makers and the international community to find mitigation strategies for the outmigration, and the resultant human tragedy experienced by the migrants.

As indicated earlier, the research-based literature unanimously documents economic motives such as increased poverty playing a prominent role in international migration. In other words increased economic growth in the source country is a declining function of outmigration from that country. Hence, in order to understand the Ethiopian outmigration, it is important to briefly examine the state of the Ethiopian economy. The alleged double-digit growth, if it is real, should have served to keep citizens to stay put if not even serve as a magnet to attract foreign immigrants. The Ethiopian exodus, therefore, is incompatible with a growing economy. We argue that the fundamental determinants of economic growth and development (see Barro: 1996 and Petrakos et al: 2007, for example) and the realities on the ground do not support the economic expansion that the Government of Ethiopia (GoE) has been claiming. Furthermore, there are no indications that the alleged fruits of the growth are shared with the citizenry for the country’s income disparities have been rising (Shimeles & Delelegn: 2013, Gebre-Sellasie: 2012, Leite et al: 2009).

Luckily, some economists and commentators have been questioning the credibility of the statistics that has been and continues to be produced by the GoE. A good example is the short commentary by Professor Daniel Teferra (2013) who not only poked holes on the government’s claim of sustained double-digit growth rates but also criticized multilateral institutions such as the Africa Development Bank, the IMF, and the World Bank who happen to echo the government’s claim in a rather scandalous proportion. The Economist magazine described the Ethiopian inflation figures as “fiddled with even more than those in Argentina” and “the double-digit growth rates predicted by the government of Prime Minister Meles Zenawi look fanciful.” On a fundamental level, Professor Abu Girma Moges has shown that there is no reduction in poverty in Ethiopia as claimed by the GoE since the base for the claim is the “recent poverty index computation is the 2010/11 Household Income, Consumption and Expenditure Survey (HICES) conducted by the central statistical agency (CSA, 2012) was flawed and incorrect, “perhaps by design.”  Fortunately, still, other observers have begun questioning the GoE’s double-digit growth rates and sustained economic development. The GoE’s central planning which is a reminiscent of the old USSR planning system has caught the attentions of writers on Ethiopia. The French writer Rene Lefort, in his piece of 26 November 2012 observed what economists of Ethiopian origin have been stating for a long time. It is only in the Ethiopian context where the ex-ante economic forecasts (budgets) are nearly identical to the actual outcomes! Lefort succinctly puts the ruling party’s performance evaluation (gim’gema) system as follows:

“The first question concerns the reality of its achievements, notably the famous ‘double digit growth’ since 2004, which the authorities constantly extol. In fact, this figure is the product of a vicious circle. The government sets absurdly ambitious targets. The work of every public servant is assessed against those targets. Their careers depend on it. And of course, they claim to have achieved them. Then the targets are raised again. Once again, they claim to have met them. The lie becomes institutionalized. The gap between basic national realities and the image that the authorities perceive and communicate, from summit to base, has become so great that it could be said that Ethiopia has turned out to be not so much a Potemkin village, as a Potemkin country. Sooner or later, the authorities will have to deal with the shockwave that results when the truth inevitably comes out.”

Similar accounts have been made by Epstein whose finding was based on her own field-work that took her around the country as well as by Abbink, (2009:21).

Having noted the incompatibility of outmigration with real growth, we now move to the second question of identifying the economic variables that explain the migration phenomenon. The economic variables however are affected by a number of mediating factors. One mediating factor that exacerbates outmigration is government ineffectiveness. We alert researchers on the Ethiopian outmigration to consider the following conjectures/hypotheses in any way they deemed it necessary. In particular, we observe that the existence of an organized crime, whose main purpose is reaping the benefits from smuggling and human trafficking. This highly organized criminal activity enjoys an interlocking relationship with the strength of the institutions of governance and the political effort to delegitimize the Ethiopian State, ironically connected to the history of the ruling regime itself. Furthermore, the breakdown of law and order is in part explained by the GoE’s increasingly repressive methods of resolving dissent.  Our observations indicate that criminal syndicates pertaining to human trafficking have become powerful; often connected to either the law enforcement agencies or the various armed groups that claim to have political grievances. We also observe that the majority of migrants are coming from rural areas; they are poor, uneducated and unskilled and hence unable to legitimize their immigration. We therefore predict that the Saudi mass expulsion of Ethiopians will not be the last we would observe. Nor would we see Ethiopians stopping emigrating unless the root causes of the exodus and the mediating factors are recognized, and appropriate mitigation policies are put in place.

We list a few of the inter-related push factors that explain the Ethiopian outmigration below.

Factors that explain the Ethiopian outmigration

In conclusion we surmise that Ethiopia’s outmigration is largely explained by several interconnected push factors. According to one of the aforementioned researchers, 71% of the migration from Gojam and SSNPR is “related to push factors in places of origin, and 29% to pull factors in places of destination.” The pull factors are largely out of the control of the GoE and it may only have limited influence. The TPLF/EPRDF had 22 years to originate and implement policy, a job that Endeshaw et al (IOM), the U.S. State Department, Kebede, Teshome and others have indicated that the GoE has failed to do. In other words the present  crisis is yet another evidence of government ineffectiveness. Furthermore, it is hard to imagine that such a highly lucrative business involving huge network of migration facilitators, local brokers and recruiters and human trafficking networks, to the extent of making the country the hub of human trafficking, would exist this long without being sanctioned by the regime, particularly in a system which controls each individual citizen with the notorious 1-to-5 bonding scheme.