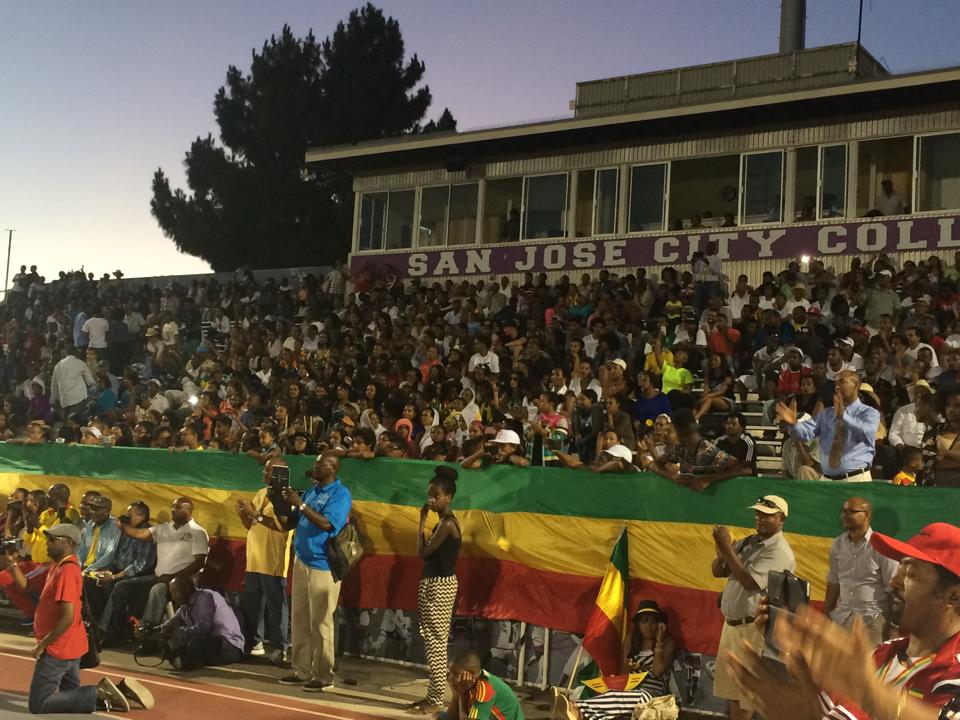 “A good leader can engage in a debate frankly and thoroughly, knowing that at the end he and the other side must be closer, and thus emerge stronger. You don’t have that idea when you are arrogant, superficial, and uninformed” said Nelson Mandela, the late anti–apartheid icon.

On an American football (football) field, the ESFNA held its 31st soccer tournament at San Jose City College (SJCC), San Jose, California. According to Wikipedia, “during the 1970s, SJCC was a major training hub for Olympic Track and Field athletes.” However, it is unheard of that SJCC’s football field was able to become an elite soccer field – which “FIFA legalized” – until president Getachew Tesfaye, claimed it be so in a press conference (PC) that he gave at the Hyatt Regency, Santa Clara, California on July 2014. At the PC, the federation’s guests of honor were present, among others. The honorees were Captain Guta Dinka, the late Mandela bodyguard that declined an offer to assassinate him, Coach Sewnet Bishaw, former Ethiopian men’s soccer national team head coach and Solomon Shiferaw, former Ethiopian national team forward footballer.

We all Deserve to be Told the Truth

This article may not matter for president Tesfaye and company as the rest of the articles I shared with the federation did not matter to them. However, I opted to write because he made it clear in his PC that he is not persuadable and not suggestible. To block change how the federation is run, he denied its problems on camera because he wanted to keep it going his own way – which is non-transparent and non-accountable. He vividly proved that no one would challenge his outright self-serving fish stories, including ESAT. He lied through his teeth with a straight face on tape while sited next to national heroes such as Capitan Dinka, which was unacceptable and offensive to those who have feelings of pride in their heroes. He also successfully continued to tell self-serving lies despite the facts right in front of us. In the PC, he told us that the 31st tournament was held at a FIFA legalized field. On Addis Dimts radio, he told us last year that he was one of the founders of the federation. (Click here to read more)