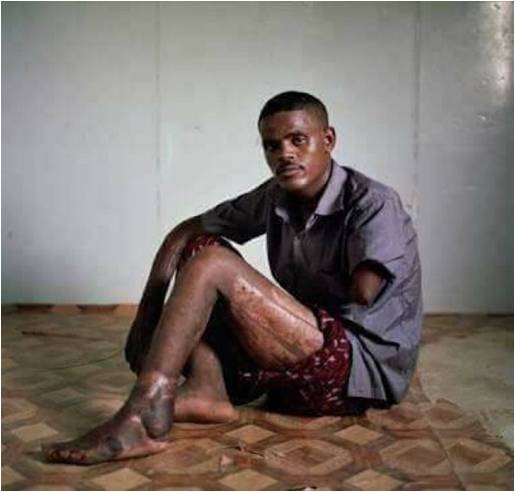 (Note: Ethiopia is a current member of Human Rights Council of the United Nations)

Below is a translation based on a letter obtained from one brave Ethiopian among many victims who have fallen into the hands of the terrorist regime of the Tigrayan People’s Liberation Front (TPLF) currently ruling Ethiopia.

My name is Abebe Kassie, I am a forty-one-year-old from Armachoho Woereda in Northern Gonder. I am currently in Kilinto prison in the Akaki area.

I was imprisoned by the TPLF on the 20th of January 2014, and I was immediately taken to Maekelawi prison, located in Addis Ababa, the capital city of Ethiopia.For most of the five months I spent in Maekelawi (four months and twenty-five days) I was kept in solitary confinement in a dark and a very cold room.

Here are some of the things that were done to me by TPLF cadres at the notorious Maekelawi prison:

Because of what those women did to me, I am unable to control my urine and I do not think I will ever be able to have sexual intercourse.  I believe my god given reproducing ability was taken from me. 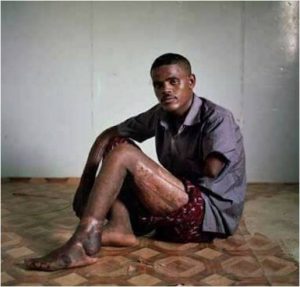 Once they were done with me at Maekelawi, they transferred me to Kilinto. At Kilinto they warned other prisoners not to get close to me.  Due to the extreme torture I endured, I was unable to walk on my own, which forced me to use a stick to help me walk, but they even took that stick away from me.

At Kilinto, I was given a sleeping place right next to a bathroom with strong smell of urine and feces. The stench was unbearable, and as a result I did ask to be moved away from the bathroom, but I was told that even that was too good a place for me.

At one point, I couldn’t move at all and some of the younger cadres decided to take me to a hospital.  As they were taking me to the hospital, they were telling me that they were doing me a big favor, as they think I deserve to die.There were times when they intentionally put me in a cell where I was sexually assaulted by men.

They did all these things as revenge, and they did their best to negatively affect my mental health. Most of the prisoners are going through similar punishment. However, we are still strong, and we will not give up.

The united Nations convention on human rights refers to article 5 of the Universal Declaration of Human Rights and article 7 of the International Covenant on Civil and Political Rights, both of which provide that no one shall be subjected to torture or to cruel, inhuman or degrading treatment or punishment.

The fact that such a tortures regime in Ethiopian serves as a member of the Human Rights Council of The United Nations raises a question as to whether the united nations seriously cares about human rights in third world countries like Ethiopia.