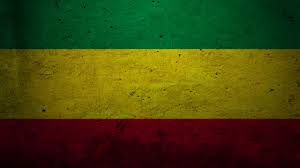 We all should thank the Central Committee of Tigrai Peoples Liberation Front for making things a little clearer in our country. When election season is close the TPLF removes all pretenses and makes itself visible to the citizen of Ethiopia. The picture is not pretty. Their latest bold move to delete and erase Andenet is no matter how you look at it a most daring act worthy of the late visionary dictator. It was illegal, some would say irrational but vintage TPLF.

If you really want to know TPLF just used the military doctrine of ‘shock and awe’ on a civilian population. The doctrine as developed by National Defense University of the US is based on the use of overwhelming power, dominant battlefield awareness and maneuvers, and spectacular display of force to paralyze the enemy’s perception of the battle field and destroy its will to fight.

The imprisonment of Zone 9 Bloggers, the jailing of Editor Temesgene the kidnapping of Andargachew is all part of the ongoing war the Party has declared to win the election ‘by any way necessary.’ The banning of Andenet is ‘shock and awe’ in its glory. TPLF used the Election Board, the Judiciary and the security apparatus to paralyze the opposition and sap its will to fight. The banning of a political party by a rival is the mafia version of politics.

The regime has spoken. How the people affected by such action respond is what history is all about. Unless we refuse to see it the clear choice is between accepting a single ethnic rule or saying no thank you and doing what is necessary to be free.

Andenet is one of the Independent political parties in Ethiopia. Since its inception it has struggled mightily to stay alive. The first chairperson of Andenet was the charismatic and able leader Judge Bertukan Mideksa. She was seen as a threat to the 2007 General Elections and charged with laughable offense  against her ‘Pardon’ by the them PM Meles Zenawi and languished in jail for two years until she was exiled out of her homeland. Secretary Andualem Arage is still in Kaliti charged with terrorism to make the 99.6% 2011 election victory possible.

In our country Ethiopia there is no fine line between the ruling party and the state. The TPLF is the main Party in the coalition called EPDRF where all the junior partners were formed and financed by TPLF. It still is TPLF that directs the elections in each of the organizations that are set up on tribal basis. There are three major players in the Ethiopian context. The State, EFFORT and MEDROC. TPLF controls two out of three and have substantial interest on the third.

The TPLF has been waging war against Andenet since it was born. It is due to hard work and dedication of the leaders and members it has survived this long. Andenet is a party where the TPLF using the heavy hand of the State has made it impossible to print its newspaper, unable to find willing Hotel and convention halls to rent for its meetings, frozen out of the media except to poke fun of and its elected leaders find themselves in and out of Woyane controlled court and prison day in and out.

Today Andenet is faced again with another existential threat. Andenet like its parent Kinijit is looking at the barrel of a gun. We Ethiopians paid for the gun but the trigger is controlled by Tigrai Peoples Liberation Front.

The Ethiopian people are faced with a fork on the road. One way leads to further continuation of rule by a few self-appointed leaders while the other starts a long journey towards national salvation. It is a choice the TPLF party is forcing on each one of us.

The TPLF Party has drawn a line in the sand. They are saying I will use all my might to deny you a choice. They are using their exclusively drawn Constitution to enforce their law using their handpicked judges to decide for the rest of us. That is what is called indirect rule.

This question has been posed to so many people throughout times. How they responded has determined the fate of their ancestors. We are told the current Americans escaped religious, economic and other prosecutions and settled in a new land and started fresh. War for independence is a central theme in human history. Untold numbers have died fighting injustice so their off spring would live free if not themselves.

History has left us with vast knowledge base with techniques and ways others have used to win freedom and independence. We do not have to reinvent the wheel. Martin Luther King is our best source for the current situation. I will tell you what Martin achieved and let you be the judge. I have picked two instances to illustrate.

In 1955 USA segregation of the races was the law. Thus in Alabama Whites board the Bus from the front and Black boarded from the back. When the two sides meet and a white passenger enters the black has to vacate his spot. Rosa Parks a black female passenger refused to move. The young Martin Luther King Jr. stood beside her and they changed history. How did they win besides having a just cause?

They boycotted the Transit system. They walked, rode the bike or took a cab but refused to ride the bus. They won because they stood as one and said no. When the victims took action others joined them because it is natural to support the cause of freedom.

The Civil Right Act was passed in 1964. That did not stop Blacks from being disenfranchised. Thus A march was organized from Selma to Montgomery the Capital. On March 7, 1965 600 civil rights marchers were stopped after only six blocks on Edmond Pettus Bridge. State and local low enforcers used tear gas, clubs and dogs to deny them their right to petition their government. The third successful march led by Martin Luther King took place on March 21 and lasted three days. The resolve of the activists and their just cause forced the passage of The Voting Rights Act in August 1965 possible.

Our cause is no different. We Ethiopians are demanding a fair and just elections where individuals win by the strength of their argument not the power of their gun. The ruling one ethnic dominated regime is no different than the others that have we have come across.

We Ethiopians are used to being abused, kicked around and dominated. Ethiopian history full of conquest by one King or another, submission to one feudal lord or another always having someone decide matters for us. We are used to being told what to do, what to think and what to believe. Freedom to choose does not come easy to us. We exude fear, apathy and double life.

That is the enemy we have to conquer. In this final fight with our oppressors there is no place for doubt. There is no more power to appeal to. They have left us no choice. Either they decide who administers Ethiopia or we together after an open competition elect the ones we believe they will solve the many problems facing our people.

There are two ways people have faced such injustice. The Americans have their war of Independence and Civil War. They also went through a Civil Rights Revolt that tried to fine-tune the system. Our neighbor to the south; the Kenyans had their battle for independence and an internal cleansing campaign four years back that let out a lot of steam. It takes a few tries until you get a fine working system.

Ours is ripe for such change. The fashion the Ethiopian people respond will tell us what the future holds. The activists in the Diaspora are always ready to stand with their people. Every western capita city is familiar with Ethiopians and their relentless cry for freedom and justice for their people. It is said that seventy percent of our people are under thirty five years old. The TPLF proposal to establish a dynasty is posed to the seventy percent. The choice is a bleak future of chasing Bir, drugging to ease the pain, death by drowning or making history and saying no to tyranny.

Anybody talking about going to court appealing to the western enablers and other such nonsense is buying time for Woyane to do something spectacular and confuse the people some more.

There is only one response and the question has been on the table since the election of 2005. The complete dissolution of NEBE or the election board that is the rubber stamp of the TPLF party is the only solution. NEBE has to be removed and an independent board has to be established. NEBE cannot be reformed. NEBE is rotten to the core.

To agree to an election with NEBE in its present state, to think anyone can compete without outside election monitors, to think TPLF would count the ballots behind closed doors and come out with real numbers is an insult to all Ethiopians.

Andenet, Semayawi, Medrek and other groups have their work cut out for them. They can stand together against tyranny or they will be cut to pieces one by one and betray the trust of their people.

We in the Diaspora would do what we have always done, follow the example of our people and champion their cause. We are also aware there are plenty amongst us that seem to believe the current situation an opportunity for them to invest and get rich. There are plenty in Ethiopia that collaborate with the ruling class to save themselves and their family. Both turncoats are a small minority. The enemy is a well-armed and financed rogue regime and that is where we concentrate our fire.