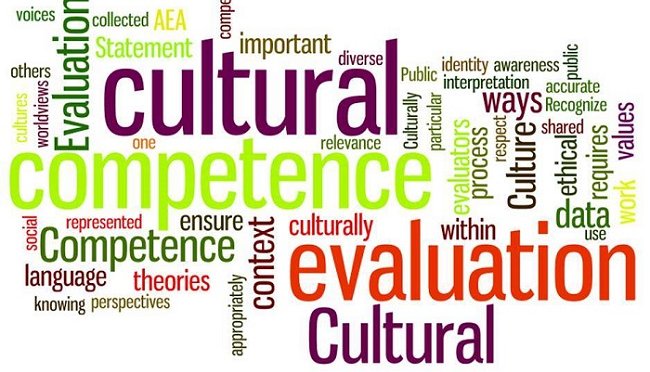 If you’re an Ethiopian, live, work, and do business in another culture, cultural intelligence is one of the key soft skills that you need to develop. With the opportunity to meet, interact, and work with diverse people comes the challenge to get along and succeed in what you do. This challenge is understandable. You may have extraordinary social intelligence when it comes to interacting and working with people who are within your native Ethiopian culture. You know the customs, beliefs, and anathemas very well. Thus, getting along is relatively easy since you communicate, interact, behave, and act according to the cultural codes without offending and entering into any misunderstanding and conflict with others.

However, to get along and succeed in the Diaspora, it takes more than having superb IQ, EQ, and Social Intelligence. The author of ‘The Cultural Intelligence Difference’ David Liver more wrote, “The number one predictor of your success in today’s borderless world is not your IQ, not your resume, and not even your expertise.” He continued, “It’s your CQ (Cultural Intelligence), a powerful capability that is proven to enhance your effectiveness working in culturally diverse situations.”

The question is how we can increase our cultural intelligence, get along with people from different culture, and succeed in what we do?As you already know,there are thousands of cultures around the world, and it is tough to survive, let alone to develop the cultural competence to thrive in every culture for which we’re strangers. However, we should start improving our cultural intelligence somewhere. The right place to begin this rewarding journey is by understanding the difference between the two major cultural divides in the world.

Among many parameters used to show the similarity and difference between the two primary cultures, I like the three parameters suggested by Edward Hall:

As a person who lived in these two major cultures, I’ve witnessed first hand how people from the two principal cultures treat time, communicate, and handle space differently. I was born and raised in Ethiopia, a communal culture. Of course, don’t forget that there are subcultures and individual exceptions within each national culture. I then came to the US- an individual based culture, in 2005.

At the early stage of my stay in the US, I experienced culture shock. To succeed in my new home, I have made so many changes including the way I treat time, communicate, and relate. I’m still on the learning curve- stumbling here and there once in a while, which makes me humble and open to learning continually. Let me share with you some stories.

Back home, coming late is tolerable. It doesn’t matter who comes first. Since the relationship is valued more than time, none of us make coming late a big deal. We smile and hug each other affectionately and continue our business.

Here in the US, coming late for work is considered as a sign of unprofessionalism and has severe consequences. Outside of work, coming late damages relationships since being late is perceived as disrespectful.

What is interesting is that many of my friends from Ethiopia and Africa compartmentalize their time here in the US. They arrive on time when it comes to their job and formal business affairs but treat time casually in social gatherings. You may get an invitation stating at what time the meeting starts. Unless you have lots of spare time to spend, you don’t come on time as stated on the letter or flyer. The event may start two hours late.

I had a Nigerian classmate when I was doing my doctoral degree (2009 – 2013). Whenever we wanted to meet, we used to ask one another, is this African time or American? If it’s African time, we don’t fix the time. One of us may be in the library or coffee shop working on schoolwork, and the other person just stops by within the time range we agreed. If it’s American time, we fix the start and end time. We come and leave on time.

In Ethiopia, we use nonverbal communications heavily. On the other hand, here in the US (and other individual based cultures), people dominantly use explicit verbal communication. In communal cultures, if you explicitly talk about yourself, your accomplishments, qualifications, experiences, and needs, you may be labeled as egotistical and selfish. On the contrary, if you don’t communicate verbally, explicitly, and express your needs, aspirations, and experiences in an individual based culture, you may be regarded as shy that lack confidence.

I used to share bed, clothes, and shoes with my relatives and friends all the time. It was common to find yourself going to one of your friend’s home, and if it rains by the time you leave, you just pick the umbrella of your friend on your way out without asking permission. If you ask, it offends your host. He/she may feel that you distanced yourself. It doesn’t show intimacy and brotherhood/sisterhood. In the US, people are mindful of their spaces. You’re expected to respect other people’s boundaries. You cannot just grab and take someone’s stuff without risking being viewed as rude, or worst, thief.

To get along with people from diverse cultures, we should stop treating our native culture as the standard bearer. We shouldn’t expect everyone to behave and act the way we do. We should increase our cultural intelligence to live and work with people from different cultures successfully. We should also make some efforts to help others understand our culture.

I wish I had known these insights when I first came to the US more than twelve years ago. I’d not have paid lots of dire prices. Fully understanding the vital role of cultural intelligence in the Diaspora is especially essential if you’re recently moved to a new culture or began working or doing business with people from different cultures. It equips you to cross the new culture (s) without committing lots of deadly cultural transgressions. Of course, those of us who have been long in a new culture, we may have the awareness. The question is: Are we working on our cultural intelligence on a consistent basis and improving our cultural competence to succeed in what we do? Hope, this article inspired you to invest your time and energy to work on your cultural competence and gave you a couple of useful lessons.

My new book ‘Soft Skills That Make or Break Your Success’unveiled12 soft skills that are critical to achieving personal mastery, get along with, and lead others successfully. One of the four vital soft skills necessary to lead others is the ability to negotiate for win-win deals. Unlike in the past, today’s leaders cannot accomplish anything meaningful without engaging in constant negotiation. The days where leaders just give the order to realize their goals are literally over. In the 21st C, as they set goals, assign tasks to their team members, interact with their peers, superiors, and other stakeholders within and outside of their organizations, they need to excel in negotiating for win-win deals.

In this article, let me share with you one of the insights I shared in the book, which is, not revealing everything at the onset of any negotiation. Negotiation is an art and requires being strategic in our approaches and timing. To illustrate the vitality of this wisdom, I shared the informal negotiation between US President Trump and Mexico’s President Nieto at Twitter.

You might have already read or watched the news about Mexico’s President, Enrique Pena Nieto, canceling a meeting with US President Donald Trump. If you review the events leading to the cancellation, you wouldn’t be surprised. On Wednesday, January 25, 2017, Donald Trump signed an Executive Order to build the wall on the southern border of the US believing that Mexico will pay the cost in one form or another.

This decision was unilateral and was made without the consent of Mexico’s government.  The Executive Order offended members of Mexico’s delegate who was in the US at that time to have some forms of negotiations with Trump’s administration. Following the signature, the high-level representatives called their President to cancel the scheduled meeting with Trump.

On Thursday, while this was still going on, Trump tweeted saying: “If Mexico is unwilling to pay for the badly needed wall, then it would be better to cancel the upcoming meeting.” It didn’t take long for Mexico’s President to just do that- he canceled the planned meeting on Tuesday the following week, like Trump, via Twitter: “This morning we have informed the White House that I will not attend the meeting scheduled for next Tuesday with the POTUS.”

Why he canceled the meeting, you may ask, especially knowing that Mexico is going to lose the most? For your information, according to US Census Bureau, Mexico is US’s 3rd largest trading partner. Not only that, reports show that Mexico exports more than it imports- $63 billion dollars in deficit.

It is simple. In any negotiation, if you give your counterpart an ultimatum with your walking away price upfront and honestly (in this case, Trump revealed that he walks away if Mexico doesn’t agree to pay for the wall), your counterpart immediately realizes your best and worst scenarios. And, if they figure out that they won’t get a satisfactory agreement from a negotiation and somehow they could be able to live with the worst scenario, they walk away. That is what Mexico’s President just did.

Below are four valuable lessons from the Twitter feud POTUS had with Mexico’s President, which may help you in your future negotiations:

At the time of this writing, it’s too early to reach any conclusion, too premature. However, going forward, I’m sure that the two nations may keep working on a win-win deal, at least, behind the scene… I guess they have already realized that negotiation doesn’t succeed on Twitter.

[i] Dr. Assegid Habtewold is a coach, consultant, and soft skills and leadership workshop facilitator at Success Pathways, LLC (http://www.successpws.com). His new bookis available at Amazon. To download the first part and conclusion of the book for free, and also get more info about the book, check out this link: http://successpws.com/?page_id=2254