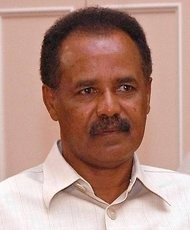 GARSEN, Kenya — Eritrea, a sliver of a nation in the Horn of Africa that is one of the most secretive and repressive countries in the world, was cast into confusion on Monday after mutinous soldiers stormed the Ministry of Information and took over the state-run television service, apparently in a coup attempt.

According to several people with close contacts inside Eritrea, the coup attempt failed, with government troops quelling the would-be rebellion and no one rising up in the streets. But many analysts said it was only a matter of time before President Isaias Afwerki, Eritrea’s brash and steely leader for the past 20 years, is confronted again — and most likely from within.

“There’s a lot of dissatisfaction within the armed forces,” said Dan Connell, a professor at Simmons College in Boston and the author of several books on Eritrea. “If this is suppressed, it won’t be the end.”

Eritrea is often called the North Korea of Africa because it is so isolated and authoritarian, with few friends and thousands of defectors in recent years as Mr. Isaias tightens his grip and the economy teeters on the brink of ruin.

In the early 1990s, when Mr. Isaias first took power, Eritrea was hailed as a beacon of hope in Africa, a country of low crime, ethnic harmony and can-do spirit along the Red Sea. The Eritreans fought for years in trenches and from craggy mountaintops to defeat a Soviet-backed Ethiopian government and win their independence.

But the euphoria did not last. In the late 1990s, Eritrea and Ethiopia waged a costly war over their shared border, in which tens of thousands of people died. Shortly afterward, Mr. Isaias rounded up political dissidents and journalists, dooming them to years in prison, often in sweltering, underground shipping containers.

Thousands of young Eritreans have been drafted into the army and then required to work indefinitely for the government for pittance wages in what is called “national service.” Each year, many young people risk their lives to escape. Eritrea has waged war with just about all of its neighbors, and the United Nations has imposed sanctions on Eritrea over what is suspected to be its support of Somali militants.

The rebel soldiers, believed to number around 100, made it as far as the director’s office in the Ministry of Information, forcing him to read a statement on air calling for the release of political prisoners. Then the broadcast abruptly cut out. They also may have briefly taken hostage Mr. Isaias’s daughter, Elsa, who is said to work in the ministry.

It was not clear what happened to the renegade soldiers; analysts said that troops loyal to the government had surrounded the Ministry of Information and that the mutineers would most likely be captured and imprisoned.

The State Department said that the situation remained fluid, and the small embassy in Asmara, Eritrea’s capital, sent out a warning on Monday to the few American citizens living there. “The U.S. Embassy has been made aware of increased military presence in some sections of Asmara,” the warning said. “Employees of the U.S. government have been advised to limit their movements within the city, avoid large gatherings and exercise caution. We strongly recommend that private U.S. citizens do likewise.”