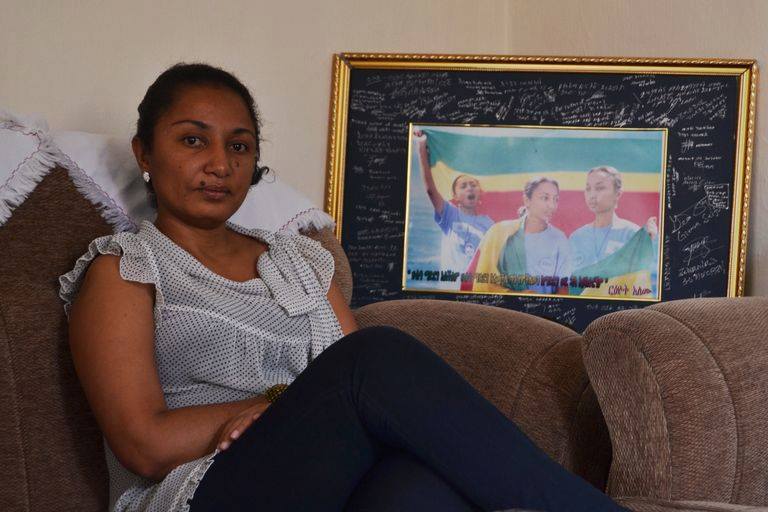 Center for the Rights of Ethiopian Women (CREW) is delighted to announce the arrival of the award winning journalist, Reeyot Alemu to the United States on Saturday, November 7, 2015. CREW sent invitation to the respected journalist and freedom of speech advocate, Reeyot Alemu and her sister Eskedar Alemu to speak at the upcoming Women and Leadership Conference which will be held sometime in the coming month.

Reeyot has been imprisoned for over 4 years and was released in July of 2015. Reeyot was first sentenced to 14 years over “terrorism charges” that was later reduced to 5 years. Reeyot refused to admit guilt in exchange for her release and as a result she was in solitary confinement for 13 days. Reeyot is a hero who is bold, defiant and had told her persecutors she would remain in prison rather than admit guilt for a crime that she never committed.Reeyot has inspired Ethiopians and generally all human right activists around the world with her courage and strength to fight for respect of human rights and freedom of expressions in Ethiopia. The International Women’s Media Foundation awarded Reeyot with the 2012 Courage in Journalism. UNESCO also recognized her for her “commitment to freedom of expression” with its Guillermo Cano World Press Freedom Prize in May, 2013.

CREW has great admiration for Reeyot’s courage and determination and considers her an inspiration to Ethiopian women of all ages. She is a role model to many Ethiopian men and women at home and abroad. CREW is honored to have Reeyot as a keynote speaker at its Women and Leadership conference. Please stay tuned for more information about the upcoming conference.