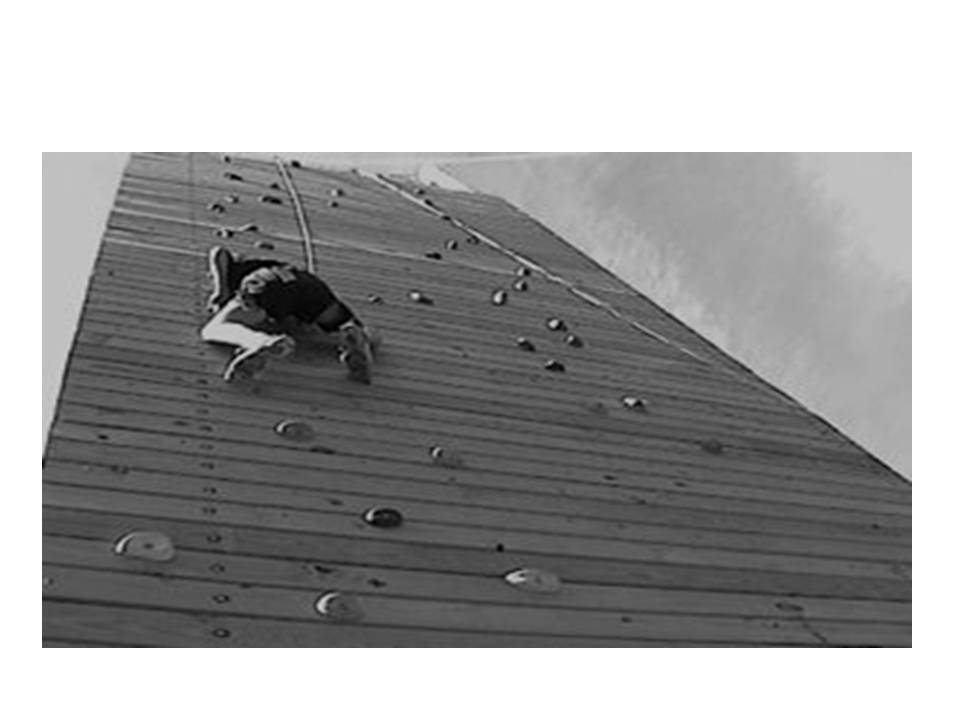 The significance of good governance in achieving social and economic prosperity has recently attracted different literatures on development studies. It has been widely asserted that without good governance structures, poor and developing nations cannot reduce poverty as well as address their multi-faceted social and economic problems. The study conducted by United States Agency for International Development (USAID) that widely engaged in development activities in developing countries stress that democratic governance is the independent causal factor that improves an economy’s performance. Speaking on the critical role of economic development of Africa, Nobel Prize winner Wale Soyinka quoted saying good governance is an essential element for development while dictatorships are a crime. But there are also studies that claim there is no clear correlation between good governance and economic development. Some researches reached on mixed conclusions suggesting that the links between the good governance reform agenda and development are weak. Despite such skepticisms, there is now a wider consensus that asserts promoting good governance by increasing transparency and predictability of laws and improving efficiency of procedures contributes to a better regulatory environment for business.

The idea of ‘good governance’ was initially introduced into international policy debates in the late 1980s following the realization that ‘getting the institutions right’ was as important as ‘getting the prices right’ to the success of policy reforms. But the meaning and scope of good governance is contestable and diverse. Different authors and multinational organizations have defined the concept of good governance in different ways. The European Commission defined good governance as ‘the transparent and accountable management of all a country’s resources for its equitable and sustainable economic and social development’. Organization for Economic Cooperation and Development (OECD) on the other hand limits good governance in relation to creating enabling environment for economic development:

The fundamental challenge of developing economies is ensuring effective governance that provides an enabling environment that ensures social and economic prosperity. The challenge has been particularly evident in sub-Saharan countries that are characterized by poor governance and corruption. Despite endowed with resources that may bring about economic miracles in the region, due to poor governance, the region is one of the lowest in any of the economic and social indicators. Ethiopia’s level of achieving good governance has been one of the lowest even by African’s context. In light of serious problems of good governance in Ethiopia, the article attempts to assess the fault lines that have hindered the emergence of system of good governance in the country. The article consists of two parts. The first part of the article deals with the historical development of administrative institutions in Ethiopia and problems of policy frame work in the past and present. In the second part of the article, I address the major challenges of good governance under EPRDF-led government.

Compared to many of the African states, Ethiopia had embarked on the establishment of modern administrative institutions as early as the down of 20th century. Despite the establishment of the first modern ministries in 1907 was conducted under the shadow of traditional administrative system that made the significance of the new institutions shabby, the measures that were undertaken by Emperor Menelik II and subsequently by Emperor Haile Seassie had been points of departure to the hitherto archaic style of feudal administration.  The introduction of ministerial offices had also contributed a lot in terms of ensuring continuity of government administration. Emperor Haile Selassie took the modernization process of governance one step further when he declared the first constitution in 1931. Though the constitution largely used to legitimize the traditional power of the emperor, the constitution was instrumental in terms of introducing institutions such as parliament and civil rights of citizens. The role of Italian occupation between 1936-41 should not be also over looked since it had left its own impact in introducing modern construction, architecture, business and administration.

Deeper measures of modernization began to be undertaken immediately after the restoration of independence in 1941. In 1943 two imperial orders set up eleven ministries and the office of the Prime Minister. In somewhat slow process of decentralizing power, the Emperor assigned the prerogative to select ministries to the prime minister in 1966. In related development, tax reform, commercial agriculture, industry and financial institutions were flourishing throughout the decades following liberation. The Emperor was, in particular, instrumental in terms of expanding education from primary to territory education. The 1955 revised constitution was also enacted in an effort to catch up with international and national socio-political developments. Though such legal reforms did not change the power equation in the country, the trend was an indication that the country was transforming into capitalist system albeit slowly and with stiff resistance from the regional nobility.

The partial, slow and shallow modernization of the Ethiopian socio-economic system satisfied neither the nobility nor the new intelligentsia that was created through the expansion modern education. Beginning from the end of 1960’s university students began openly challenging the legitimacy of the monarchy and the repressive land tenure system. Unfortunately, the students’ movement was dominated by the leftist Marxist ideology which was an unprecedented radical move that has never been witnessed in other African countries. The implication of Marxist ideology in terms of shaping the country’s political discourse has been devastating. Not only the impact of Marxist ideology had been instrumental in terms of overthrowing the historical imperial rule but also it has dominated many of the social, economic and political policies of the country in the last four decades. The far reaching consequence of this ideology to the country’s political discourse is more evident in the land tenure system and the ‘self-determination right of nationalities’ rhetoric that has gripped the country’s political discourse until to date.

Furthermore, the most destructive political practice that has been introduced into the Ethiopian political discourse since the revolution of 1974 is the obsession with destroying every government policy and structure of past regimes. In the last four decades, the two regimes that replaced the old feudal system have destroyed almost all structures of the governments they have replaced. Such trends have brought about far reaching consequences in terms of destroying traditional institutions and social values. Though traditional feudal Ethiopia was hierarchical society where by societal gap between the nobility and the ordinary or the rich and repressive, it had also its own positive values. Probably the most important traditional value that could have contributed for the transformation of the country’s economic development, if maintained and modernized, was the value attached to private property in traditional Ethiopia. Though property laws, especially land laws, were applicable largely to protect the interest of the nobility and rich individuals, there had been relatively strong protection for private property during pre 1974 Ethiopia compared to the devastation of the rights during the regimes that replaced the feudal system. As it has been evidenced by the economic transformation of societies in Western Europe and elsewhere, the most important factor that contributed for the development of capitalist economic structure is effective regime for protection of private property.

The fundamental measures undertaken by the Dreg during its early stage had been instrumental in terms of culminating the very essence of livelihood of the nobility and the emerging middle class. In March 1975, Derg nationalized all rural and urban land and extra houses, practically ending every aspect of the right to property. Though the political significance of these measures was appealing to the masses and revolutionary student groups, its impact in terms of transforming the country’s socio-economic structure has not been significant. Though the peasants theoretically became holders of the land following the land reform, they actually became tenants of the government. This new land ownership system effectively arrested any initiative and investment over the land since the peasants have not any security over their land holdings.

Unfortunately, the Derg legacy over control of land has not been changed after the second revolution in 1991. Still the government is using the land tenure system as tool of mobilizing political support in rural Ethiopia. Since the government threatens the farmers to take over the land whenever they stop supporting the regime, the farmers refrain from engage in sustainable investment over the land or preventing environmental degradation. Though the country is endowed with fertile land and big rivers, the country could not be self-sufficient in food production let alone producing surplus products for export largely due to the maintenance of the failed land policy of the Ethiopian regimes in the last four decades. The control of land in the name of the people has rendered the most abundant resource in the country insignificant, which with properly designed policy; could be a source of capital in a country that lacks capital for investment and infrastructure. As far as the land policy could not be amended in a way that gives security to peasants to invest on the land with their full potential and domestic commercial farms are encouraged, the country’s prospect for economic transformation remains to be elusive.

Though the end of the Cold War has brought about economic and political liberalization in many parts of the world, its impact to the Ethiopia’s political and economic discourse is not very significant. As an initial response to the end of the cold war, Derg enacted Mixed Economic Policy at the end of its downfall. Soon after the end of the cold war, an insurgency group called Ethiopian Peoples’ Revolutionary Democratic Front (EPRDF) controlled state power in 1991. Immediately after control of power, a Transitional Charter that recognized multi-party system, freedom of the press, self-determination right of nationalities and civil and political rights of citizens was enacted. Under the 1995 FDRE constitution, principles of rule of law, transparency, accountability and other principles of good governance have been recognized. Despite such rhetorical commitment to achieve good governance, the country’s governance suffers from a number of limitations in the last two decades. The second part of the article attempts to sort out the major challenges that have prevented the realization of good governance in Ethiopia during the reign of EPRDF.

Abdellatif, A. (2003),’Good Governance and Its Relationship to Democracy & Economic Development’, Global Forum III on Fighting Corruption and Safeguarding Integrity, Seoul 20-31 May 2003