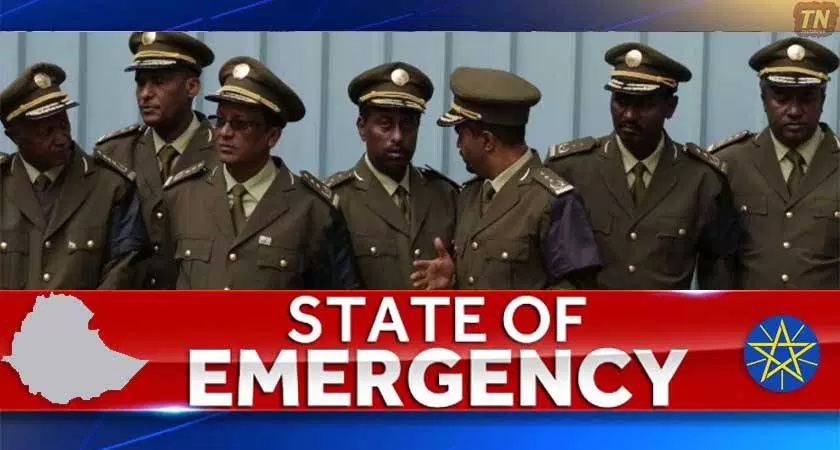 Open letter to the Western Governments and Donor Countries concerning the deteriorating situation of human rights and political instability in Ethiopia that is shifting from bad to worse day after day.

The State of Emergency declared by the ruling ethnic apartheid regime of the TPLF/EPRDF, which is an attempt to enforce draconian measures to repress the emerging vocalization of discontent by the people of Ethiopia, will undoubtedly fail, with unknown results.

Some of these new restrictions include severe penalties for violation of 3-5 years in prison. These new laws prohibit such things as absurd as the following:

Reports, already emerging today October 18, 2016 from inside Ethiopia, especially in the Amhara and Oromo regions, indicate a heavy presence of security forces that are intimidating the people, beating them and making massive arrests. The regional authorities report they have already arrested over 2,000 persons today who are considered to be a threat to the regime and likely to mobilize the public. Through this new law and declaration of a state of emergency, security forces have been given a license to do whatever they want with impunity. They are conducting door-to-door searches of targeted individuals and homes so as to confiscate sophisticated communication technology such as satellite discs and receivers, computers, flat-screened TV’s and mobile phones. 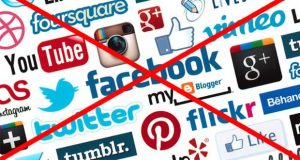 Our major concern is the dangerous lack of options the TPLF/EPRDF is creating for itself. This attack is actually a retreat to the corner where they are fighting for their survival through the only means they know— more violence and restrictions. Simply strengthening their attack against the majority, believing it is the best, or only, survival technique, is a foolish attempt to deny their own precarious position. It is particularly absurd when other options could be significantly more advantageous to them as well as to the rest of us; yet, what they are creating is no back door for themselves.

Such a plan for survival, by all means, including brutal violence, force, intimidation and mass detentions, could bring serious consequences for themselves, their own people, the people of Ethiopia and the Horn of Africa, as well as for western government, donors and other stakeholders. The drastic rules of this state of emergency are unsustainable and unenforceable, creating the possibility for an implosion as anger and outrage grow. The potential comparison of Ethiopia to North Korea has never been more in sight. Yet, it could also go the way of a failed state like Somalia, Yemen, Syria and Libya.

The fault lies with the TPLF/EPRDF; however, the actions of others can make a difference and even possibly alter the future for this strategic country. In this regard, we believe US policy, aid, and laws, already in place, could be used to hold them accountable.

The same is true of other donor countries and stakeholders, namely the UN, European Union, the United Kingdom, Germany, Canada, Sweden, Norway, Australia and others, particularly if there was a more concerted effort among these key players to prevent Ethiopia from the unthinkable outcome of descending into ethnic-based violence, destruction and instability. Destruction is already spreading. Voices of restraint cannot temper the volatility, as there is no avenue for such communication.

Ethiopians have seen a double standard in regard to the approach most donor countries give to Ethiopia as compared to “unfavored” countries. Ethiopia’s gross and widespread violations of human rights have been overlooked or mildly diplomatically reprimanded while others are treated with far more strength. Such treatment is enabling the dysfunctional TPLF/EPRDF to self-destruct when greater accountability could perhaps provide “a way” to stop its descent. 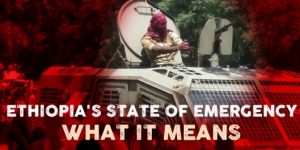 Political space is non-existent, particularly under the current State of Emergency, but also due to laws like the Charities and Societies Proclamation that has destroyed civil society, or the Anti-terrorism law that has criminalized dissent and filled Ethiopian jails and prisons with political prisoners, journalists, religious leaders, opposition leaders and democratic voices. No one can deny the electoral controls that resulted in a victory for the TPLF/EPRDF of 100% of the seats in parliament.

The TPLF/EPRDF have fomented ethnic divisions, stolen resources, promoted crony capitalism and killed many hundreds, if not thousands, of peaceful civilians; yet, there is a stunning lack of meaningful action from donors. This is especially concerning, knowing some of these ethnic apartheid policies from a small minority of 6% of the population could foster ethnic-based violence unless major players are willing to take action before it is too late. We are especially concerned with the welfare of people of their own ethnicity, where the perception, not totally correct, is that they have received the benefits of extreme favoritism.

Why embrace Ethiopia as a model of stability, development, good governance, and the rule of law— even becoming the peacekeepers in Somalia and South Sudan and hosting refugees— when they have been now proven wrong? All this aid money is not working. People can also become desperate, just like the TPLF/EPRDF, increasing violence and destruction. The iron-fisted response to the people will backfire and the long-term interests of some will be sabotaged by others settling for their own short-term interests. Ethiopia may be at the early stages of a future Yemen, Syria and Libya unless concrete intervention is taken and supported.

This requires more than the usual words we here from the US administration, voicing deep concern and hope that the TPLF/EPRDF will change, but without concrete action. Instead, it will mean calling on the TPLF/EPRDF to minimally take the following actions:

If the TPLF/EPRDF does not respond; stronger actions will be needed— freezing assets and denying travel to the US, among other measures. If there still is no compliance, it may be necessary to stop aid to Ethiopia because it is the aid that sustains them.The Obama administration and other donor countries take a stand that could avert a disaster of larger proportions. Propping up this ethnic apartheid regime so as to continue its tyranny will easily lead to instability in the Horn of Africa, but it is also a threat to world peace and security. We ask the donor countries to act during this window of opportunity, before it is too late.

In conclusion, the actions of the TPLF/EPRDF have gone too far; making it impossible for them to stay in power. The best course of action for them and the people of Ethiopia, especially the Tigrayans, is for them to peacefully step down, affirming it is “the end” of their term and in hopes that Ethiopians can recognize some of their achievements along with their failures.

We Ethiopians are willing to work together in any way that will bring peace, meaningful reforms, the restoration of justice and reconciliation to all the people of Ethiopia.

We look forward to hearing from you at your earliest convenience.

This letter has been CC to: