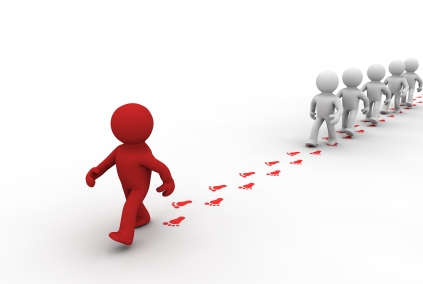 Americans are busy voting for Presidential candidates. Have you asked yourself the parameters they use to choose one candidate over the other? Not just in the US, in those countries where there is true democracy, people tend to vote for those candidates with whom they share key values. That is why the same candidate is loved by some and hated by other voters depending on his values. For instance, on February 2 2016, Fox News Channel reported, “According to entrance polling of Republican caucus-goers conducted by Fox News, Cruz won by garnering the support of evangelical Christians and those who wanted a candidate who shares their values.” The majority of voters, conscious or unconscious, rally for a candidate that shares their highly held values. And Caucus-goers weren’t exceptional.

The same news also observed, “Sanders overwhelmed Clinton among caucus-goers under 30, a group that he won 84 percent to 14 percent.” Similarly in New Hampshire, many polls showed that 85% of young people under 30 voted for Sanders. Why do you think Bernie overwhelmed Hilary in that age group? Do you remember the Occupy Wall Street movement in the late 2011? I still picture in my mind those youngsters wearing the “99%” t-shirts occupying the Zuccotti park in New York City, Wall Street financial district, to protest the economic inequality in the US. When they were cleared from the park, they moved to occupy major banks, corporate HQs, and college and university campuses. The initial key players of that group were young guys in their 20’s. Of course, later, these youngsters inspired older people to join the movement. The dominant value that attracted and bonded the group together was fairness. The movement, slowly but surely, died because of so many reasons, one of which was leadership gap. Now, it seems that those young guys who felt their cause was crushed found Sanders who has been a unique candidate that positioned himself as a fighter against the one percent billionaires and bankers.I’m not here to talk about US politics or to predict who is going to win. We’re at the early stage of this year’s Presidential election. We don’t know who is going to win in November. Whoever wins, however, it is because enough Americans share him/her values.

Unfortunately, we Ethiopians have never been lucky to elect our own leaders. They were imposed on us. Haileselassie claimed that God anointed him; Mengistu reasoned that the revolution called up on him to lead; and Meles took upon himself to assume a righteous judge position to bring ethnic equality.It’s true; we cannot have the opportunity Americans have right now, any time soon. We’re under tyranny. However, we shouldn’t wait until we are free to pay closer attention to the kinds of leaders we need now, during the transition, and post TPLF Ethiopia.

What so ever anger, frustration, and emotion run high among our people, removing TPLF and bringing democracy, justice, and the rule of law demands extraordinary leaders from top to bottom. Facilitating a smooth transition from apartheid style leadership to a more democratic and inclusive leadership demands smart, far-sighted, and wise decision makers. Having a comprehensive constitution, meticulously crafted development programs, state of the art technologies, highly trained human capital, and rich natural resources cannot transfer our nation in a million years from where she is now to where we all aspire to take her during post TPLF era. The glue to these all, and the catalysts that can lead us from bondage to our ‘Canaan’ are farsighted, visionary, and competent leaders, not just any kinds of leaders, value-based leaders. I’m fully aware that we cannot exercise our right to choose values-based leaders back home. But those of us in the Diaspora, we have the freedom to start practicing this important approach beginning now.

First, let’s talk about the three foremost parameters that we’ve been using to choose our leaders: a) Identity, b) Qualification, and c) Likeability. I found it common in our diaspora politics for many people choosing and supporting their leaders based on their identities such as their ethnicity, gender, and religious affiliation. In my view, these are flawed parameters. Yes, it’s tempting to favor a leader with whom we share the same ethnic (geographic) identity- a leader who demonstrates loyalty to our particular ethnic group, region, and religion. But Ethiopia is a diverse nation. We need leaders who embrace diversity and value inclusiveness, not just loyal to one ethnic group or region or religion.

It’s also alluring to take side with a leader with whom we share similar gender. That was what the former US Secretary of State, Madeleine Albright, just did recently when she declared: “There is a special place in hell for women who don’t help other women.”As you might have already heard, her effort to take away women supporters from Bernie Sanders’ campaign backfired.

Likewise, we Ethiopians have an extreme bias when it comes to educated people. There is a well know saying in Amharic “Yetemare Yegdelegn”. Its English equivalence is “I’m okay if a learned kills me”. We all know that this is a flawed saying. Terminal degrees, masters, and professional degrees cannot make someone a leader. By now, the majority of TPLF leaders have all kinds of purchased degrees. They understood the prejudice that exists in our culture, and thought that they can mask their leadership incompetency using some fake qualifications.

Likeability is a globally admired trait. The heroism, charm, and/or down to earth humility of some likeable persons attract almost all of us. Many of these personalities are skillful to make us feel important, respected, and loved. This in turn entices many of us to put them in charge. Haile Gebreselasie knows that he is likeable because of his sport heroism. Haile expressed his interest to run for a higher office so many times, I presume, solely based on his likeability. Will he succeed when he runs for office? Will enough people vote for him because they like him? We’ll see. The small number of friends that I’ve talked so far disagreed. They argued that Haile doesn’t seriously value freedom and democracy. He never spoke against so many brutalities committed by the regime in Addis against unarmed demonstrators. Quoting his recent interview where he undermined the importance of democracy in countries like ours, they doubted whether Ethiopians are in desperate need of a sport hero to lead them.One of them was fair when he predicted: Maybe some years from now, once we have democracy, justice, and the rule of law in place, merely likeable individuals like Haile may get elected. Right now and until we reach that dream state, we need leaders who have more than just charm and friendliness.

Don’t misunderstand me. It’s great if our leaders are educated and likeable. Nonetheless, these parameters should not be used alone. What we Ethiopians need, in my humble opinion and considering the intrinsic distrust we harbor against leaders, and the amount of challenges that we face, we need value-based leaders. Below are the three values that I propose we should employ to select and back our leaders. This is just a proposal. Otherwise, we may subtract, or add some more to create shared values. Hope, we’ll have opportune times to do so in the near future.

In conclusion, we need values-based leadership. But that doesn’t mean we need to look for perfect and flawless leaders. That cannot happen; no one is perfect. It should be enough if they’ve decent values for which they’re committed. As we choose and support our leaders, let’s pay closer attention more to their values than their identity, qualification, and likeability. We should be enlightened followers with clear parameters on how we choose our leaders. When our leaders know that we have expectations like that and values-based leadership matters to us, they change and do their homework.

Dr. Assegid Habtewold is a leadership expert at Success Pathways, LLC. Assegid can be reached at ahabtewold@yahoo.com