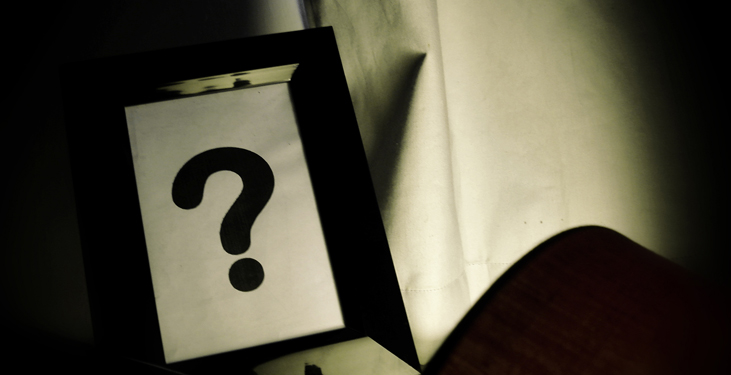 If that question is put to you as an Ethiopian how would you answer it? I have been asking myself that question for a long time. I have asked my friends to see if they have figured out the answer. It is a question most Ethiopians are interested in being answered so we can go on rebuilding our country. That is what we thought after the Derg debacle. Those that were spared from the dark period in our history were convinced that nothing could happen to top this.

We were mistaken We paid the price by hundreds of thousands lives (in the war with Eritrea alone over eighty thousand were sacrificed) not to count those lost in the jungles of southern Africa, the deserts of North Africa and the Middle East. I am not forgetting the millions of young Ethiopians that are wasting their formative years chewing Kat and pimping around for Woyane.

Sometimes I think this happens to us because we have not given Woyane what it really wants. We gave it the Political leadership of the country for twenty-five years uninterrupted. We have graciously allowed it to take over the judiciary. We did not raise a voice when the recent election was won by 100% approval. All Military and Security is the domain of Woyane and they said it is so ‘because the rest of us are cowards and Tigrai Woyane’s are brave.’

Let us not talk about private business. It is here Woyane Tigrai showed how advanced they are. EFFORT that belongs to all the people of Tigrai is miles above all the rest. Its branches reach everywhere and devour all that stand on its way. We silently watch the Airlines Chairman as he finished the transformation of that old organization and gave it a total makeover in Woyanes own image.

The Military is where we gave Woyane total control. When you consider the medals their Generals display is from killing other Ethiopians and see skinny Samora laboring under all that weight; the shame swept our soul.

So after taking over all aspects of Ethiopian life and declared the winner where Woyanes insecurity and vicious anger come from is something to ponder about. What exactly turns a winner into an insufferable bully is inexplicable to some of us. I am sure not in the distant future psychologists will be allowed to interview them at length in their jail cells for future generations to learn from.

Is there anything left in Ethiopia that we could give Woyane to keep them happy and satisfied and let us live our life without much drama? Not a thing is what most answered and that I agree with. I believe we are in trouble. It is highly possible TPLF itself does not know what more it wants from us. Hello TPLF you have the whole country why in the world would you go about redrawing internal boundaries? Insecurity breeds fear. They sound like a spoiled child that is given all it wants and cries for more. Abay, Debretsion and Sebhat are like two year olds that throw tantrums and scream ‘mine’ ‘mine’ until their veins stand out.

They are huffing and puffing, they are flexing their muscles and they are threatening like a maniac because our people asked a few simple questions like equality and fair share of the bounty. How dare you ‘after all what we have done for you’ is their typical response any they seem to be upset.

When TPLF is not happy they are highly irrational and destructive. We have seen what they are capable of the last twenty-five years. What exactly can they do now that is different is another good question. The simple answer is more repression. That is the only card they got left to play. Their Amhara, Oromo underlings are showing questionable behavior and it looks like all Ethiopia is rebelling. Some would say this is an exaggeration but I believe civil strife in Oromia and Amhara Kilils that constitute more than half of the country is something to make a note of. The South is always in turmoil. It was created to stay that way. Unfortunately turmoil at this time is not a good thing for Woyane.

The question not yet answered is how much blood shed is calculated in this kooky scheme?  What exactly is the end game here? Killing Amharas as they have been killing Oromos? How many Amharas do you have to kill to reach your objective? Driving troops around, moving tanks is an easy matter but using them to dictate law and order like that was tried in Somalia is not an easy matter. They are trained to kill and their first instinct is to shoot to kill. This time they are shooting at their own people. Their training I do not think covered shooting at one’s own family. It is fair to assume not a small number will refuse to obey or desert.

Debretsion, Abay, Sebhat, and their friends can move troops and heavy equipment around. They can fly helicopters low and buzz with their little Migs; the question is would they shoot at unarmed civilians? Can they occupy a city like Gondar, Bahir Dar, Debre Markos, and Dessie and for how long? What happens when Hawassa and Shashemene and Arba Minch explode in the south?

Even if we assume they will succeed in this venture and pacify the Oromo and Amhara regions the question is how would they finance such a costly venture? The stuttering economy is now feeling the yearlong venture into Oromia and the current ill-conceived plan to invade Amhara region is hitting it hard. It is harvest season in the North and transportation is on stand by. Every Effort truck is assigned to transport troops and even the Airlines is serving the Party.

This lack of economic activity with the regime printing more money inflation will hit sky high. The urban areas all over the country will feel the pain most. The young and restless are not easy to hold back. The urban areas are one giant pressure cooker ready to pop out at any perceived weakness.

Woyanes existence was based on a triad system standing on three legs. First is creating animosity like what was done between the Amhara Oromo and the rest, second is making the people of Tigrai believe without Woyane their existence is threatened and third is to maintain the fake economy and use that to borrow more in all our name. You have no idea how much we owe China.

The inter ethnic strife card that always seemed to work ceased to function as intended. In other words it rebooted. It is this fact that caused Getachew Reda’s high blood pressure causing aneurysm rupture on live TV. That one leg is getting shorter as we speak. The economic damage is a heavy blow. The fake economy built on borrowing, Diaspora remittances, Diaspora investments; Diaspora tourism is coming to a standstill as the resistance spreads. That is what will cause the urban areas to explode. With the military dispersed and unwilling or unable to obey order Woyane is left with no choice but abandon ship.

It is said that they built their system to be able to move to Tigrai when their time is up with the rest of us. It is true their name still identifies them as a Liberation Front. One can argue their job is not done yet. The question becomes is there any truth to this or is it another of Woyanes disinformation? The fact that they were busy drawing borders while in their cave indicates they have at least discussed independent Tigrai. It is ironic that it is the map that was drawn to annex Amhara land that has landed them in this mess. Anyway for the Few Woyane leaders that might seem a consolation. In my opinion it is a pipe dream. I have a better chance of being hit by a lightening than Tigrai declaring independence.

Today Woyane is moving heavily armed troops into Amhara Kilil (region) like they did in Oromia. It is not clear if it is just a bluff to scare or practice mass killing. Knowing Woyane killing is not something they shy away from. We Ethiopians are desensitized to Woyanes crimes against our people. They are preparing the ground on how to convince the West they are the victims. They are advising Tigreans to abandon their homes in the rest of Ethiopia to use it as a pretext. Like Meles did in2005 when he told President Carter that he ‘mobilized the army to protect the Tigrean minority threatened by Kinigit.’ Today his comrades are using every media to misinform and confuse the world.

There is not a single Ethiopian group, association, organization or assembly that has advocated violence against other Ethiopians. TPLF Woyane is the only one that has persisted the last thirty years to play that card. TPLF is a sick organization.

What is for sure is that TPLF was able to stay in power because they were able to convince a few confused individuals to serve them as emissary while they did the dirty work in the background. Today that scheme is unraveling. Both the Amhara and Oromo designated puppets are realizing the consequences of their action. The people united against ethnic hegemony.

We in the outside have to scream loud to let the world see what our people are facing today. We have to use every available means to stop this catastrophe that is sure to happen if the Woyane regime is left to its devices. We on the outside should use our freedom and financial muscle to help our people withstand state sponsored terrorism. We should generously give to all those that are organized to defend our family and country. Ethiopia needs you more than ever.