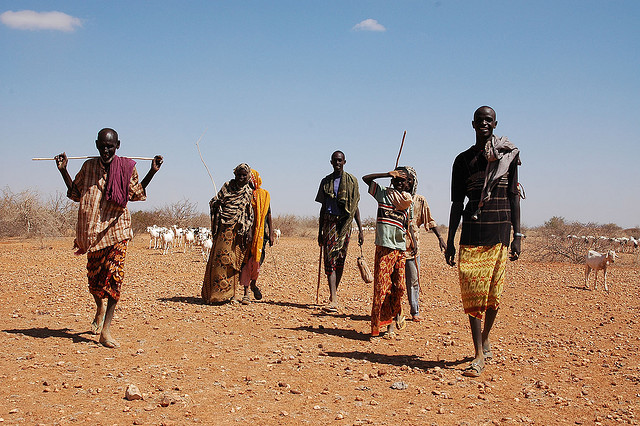 We have got hold of a study carried out by a foreign consultant about the reality in Somali regional state. Unlike what daily being broadcasted and posted by the Ethiopian Somali Television (ESTV) and Cakaranews and many regional president personally sponsored websites all over the world, the leaked report clearly depicts that the actual development in Somali regional state. We, therefore, thought it would be important that we share with our readers and supporters all over the world. Although the ordinary folk know the reality at the grassroots levels, it seemed to us very important to include the main finding of this report in this article. However, if any one wants further information, we will like to refer our readers at the end of this article to our personal blog where all the documents/studies are archived.  As a result, this article will focus on the key findings only. This will give the reader a comparative scale to weigh what the regional state daily feeding us through its propaganda machinery and what the reality at the ground is.

In addition, the report indicated that existence of high levels of food insecurity and a chronic dependence on food aid. Besides, the report found that as elsewhere in Ethiopia, opportunities are constrained by poorly functioning markets, but in the regional state are further compounded by restrictions on trade and mobility. Trade restriction was introduced for single purpose: to suffocate the rebel organisation. However, the regional government use it as a hidden agenda of expanding grand ogaden theory by targeting peaceful and quiet area close to the border area.  This purposeless policy of blanket ban on trade has severely impacted on the development of the regional state. There is no coherent and clear contraband policy against the goods and service from neighbouring country. As well known districts in remote and far border area of the region have never been covered by the regional and federal service provided by public and private organisation. In absence of public and private services in these hard-to-reach areas, they rely very much on the products and services from the neighbouring countries, such as Somaliland, Puntland and Somalia. However, the regional officials have shown open hostilities towards border traders by public shunning even bottled water from Somaliland. It is reported that the regional and vice president, Abdi Mohamed Omar and Abdillahi Werar (ethiopia), respectively, have shoved off from their table bottled mineral water imported from Somaliland when they were visiting border districts. This open hostility has no meaning other than racism. This is also in direct contradiction with federal government policy of improving border trading among communities on both sides of the border.

The study carried on to elaborate that as a result of insecurity and limited access to justice, the Region is host to conflicts between clans over natural resources and between the Federal Government and the Ogaden National Liberation Front (an insurgency group with a separatist agenda). The Regional Special Police and the Ogaden National Liberation Front (ONLF) are routinely associated with human rights abuses. The study concluded that there could be a potential danger that the conflict in neighbouring Somalia to spill over.

The study finally find that women and girls are the biggest losers: poor security limits their access to education; long distances to water sources increases their exposure to violence; and they are a target for armed groups with frequent reports of sexual violence. Ninety-seven percent of Ethiopian Somali females have undergone some form of female genital mutilation. Access to justice is limited to traditional institutions in most areas with no form of redress.

The report concludes that what is happening in the Somali Region state matters to Ethiopia’s development and future stability. Ethiopia will not reach the MDGs without addressing the development deficit in the developing Regional States (including Somali Region).  An insecure Somali Region with limited governance capacity will undermine progress towards stability across the Horn, as well as limiting future exploitation of valuable natural resources. And Somali Region’s consistent allegations of human rights abuses pose both substantive as well as reputational concerns.