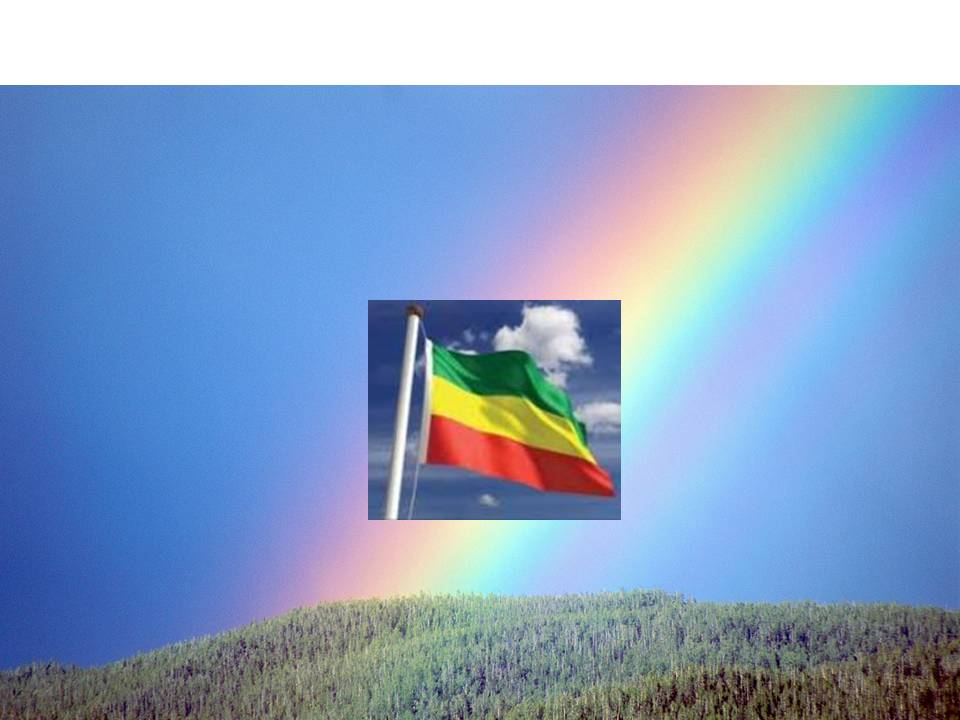 Let’s get to the bottom of this. Make a distinction first: ETHIOPIAWINET is a concept we already know. TRUE ETHIOPIAWINET is what we never knew. The DNA of TRUE ETHIPIAWINET is the inherent incessant drive to actualize equality among all ethnic groups in real life that goes beyond mere talk. The reason for such drive is not so that we may become Ethiopians, but because we already are Ethiopians.

When the various masks that were put on us by the leaderships of the ages from ancient time till the present time are taken off, the beauty of TRUE ETHIPIAWINET we never knew will be revealed. The task at hand is not to redefine or reinvent our identity in one form or another, but to be known as we truly are. How can this be? To that end, we need to take a closer look at the dynamics of power.

It had been the case with Ethiopia in the past as well. The people’s power had been always latent – until it is activated from time to time to bring changes in governments. These governments that happen to be bestowed with the favor of the people keep failing to seize the opportunity they find at such historic times to show their faithfulness to the cause of the people. They haven’t made the power dynamics to move from simple activation to a state of unleashed power to bring about durable peace.

At this moment in time, the government seems to be comfortable so long that it exercises apparent power and maintains the status quo. The opposition seems to be focused in finding ways to activate the latent power of the people to turn the table against the government and get a day at the helm of the apparent power. So the question is why are we doing this to ourselves time and time again to short circuit the potential of the power of the people to simply cause transfer of power from one leadership to another, and nothing more? How can we break this cycle and refrain from hijacking the power of the people from fulfilling its own destiny?

Power is in the hands of the one who is able to make things happen for the long haul. Such latent power that lies with the people can only be activated by an idea. When leaders come along to hear the ideas of the people that resonate with the people, then the latent power is activated, and when this happens no one can stand to resist the wish of the people.However, to this date, no leader seems to be awakened to champion the ultimate idea that is inherently burning in the hearts of the people.

The past kings including the Derg regime had run the course of history by espousing ETHIOPIAWINET. Presently EPRDF is writing its own history by discrediting the prior governments and introducing the NEW OR NO ETHIOPIA. The former majored in Amharanization of the Ethiopian people towards a reconstruction of homogeneous unity. The latter swings the pendulum to the other extreme and majors in ethno-centric deconstruction with uneven playing field. The first wanted to glue together the whole by force and assimilation, while the second is not making gluing the whole together a priority. The first is into single nation building by force or assimilation; the second is into multiple nations building by force or labeling.

The first is based on proactive approach using a self-serving means to an end. The second is based on reactive approach towards the first one using a self-serving means to a different end. But both ends are dictated by the ruling elites from top to down. On the other hand, a look at“from the bottom up” approach, one can easily imagine that what the people aspire is to move towards purpose driven organically glued oneness that comes out of embraced and nurtured differences within the framework of equality.

The government is focused in putting all its energy in remaining at the top of the political power chain at all cost instead of creating empowering forums for the people to reflect on building shared social capital starting at grassroots level. The opposition, on the other hand, is putting all its energy into expedient means to unseat the government with no long-term strategic paradigms such as this one that could have had a bigger dividend for the good of the country. Both know the potency of the latent power of the people and thus are trying to get the people on their side towards their respective ends by playing a political game. And democracy is the name of the game for now.

The TRUE ETHIOPIAWINET that resonates with every Ethiopian addresses the basic ontological needs of every ethnic group to treasure their respective individual culture and identity as equal. It doesn’t stop there, but goes on to ensure that every ethnic group shares equitable access to the scarce commodity of political and economical resources. These values are not just framed on paper but are reflected in everyday actions on the ground. Due to this fact, the momentum it generates in turn creates a conscious effort that is equally treasured among all to use the shared vision to become the glue that binds all together organically. As a result of this dynamics, each naturally gravitates to evolve from its respective ethnic identification to the greater identity of mutually cultivated identity of TRUE ETHIOPIAWINET.

This is done with the end in mind, and thus it invokes TRUE ETHIOPIAWINET upfront as a galvanizing default point while at the same time towards which the journey begins.

The people’s idea can optimize whatever is on the ground using the cards history already dealt it. Therefore, it doesn’t need to dismantle the NEW OR NO ETHIOPIA of the present altogether or attempt to just attack and nullify the ETHIOPIAWINET of the past. Instead, it engages constructively with these obsolete ideas to avert the drifting apart of the people of Ethiopia.

The transformation of this intractable conflict is realized by introducing sustained dialogue as the cornerstone of its strategy. What makes the journey difficult is the fact that our history has been all violence and no dialogue. It is going to be a new territory for us as we venture with this idea of non-violent conflict transformation endeavors.

It has been said that the Americans formed a government of the people, by the people, and for the people. Well, it is our destiny to collectively build TRUE ETHIOPIAWINETthat is by all, of all, and for all in the order of One Family Under God.

The fact of the matter is TRUE ETHIOPIAWINET is not a new idea; it had been in the hearts of the people all along. The awakened leaders’ call is not to invent a new idea, but discover the true idea of the people that is known by all but hidden under an avalanche of political calculations of our leaders of all times.

Take a note that the people’s idea is not simply about changing governments. It is not about having the system of forming government the American way or forming an American approved government. It doesn’t make sense talking about democracy and elections at the expense of addressing TRUE ETHIOPIAWINET. It is a grave mistake to find our identity as a people being treated as an after thought. We should have talked about democracy and elections while putting the TRUE ETHIOPIAWINET idea as a centering ideology of everything else.

What we need is not just a political change, but also a societal level structural change. It is meaningless to talk about the system of government of the people, by the people, for the people without first prioritizing who we are as a people to take its rightful place as the most important agenda.

The political tension between ETHIOPIAWINET of the past and the NEW OR NO ETHIOPIA of the present may be replaced by the third way when the awakened leaders stand in unity on the basis of the people’s idea of TRUE ETHIOPIAWINET and be open for dialogue.

The debate between the government and opposition as to the development of the country is irrelevant in view of the big picture. One argues Ethiopia is developing and the other one refutes the claim. At least for the sake of argument, let the opposition agree that Ethiopia is developing; therefore, now we can ask this: but what about the foundation over which we are building? Unless we get started with constructive dialogue to make the Ethiopian Family bedrock through consensus building by involving all, whatever we are building would look like house of cards that may disappear at the time of crisis. Never think the horror we hear elsewhere cannot happen to us. No one is any better than another – we all are the same humanity.

The third way has a potential to change all that. It focuses not only activating but also unleashing the latent power of the people as never seen before which in turn can pave the way for us to experience TRUE ETHIOPIAWINET, the way we were meant to experience it from the beginning of time when destiny brought us together to call THAT place – Ethiopia – our home.

Dr. Zelalem may be reached at z@myEthiopia.com