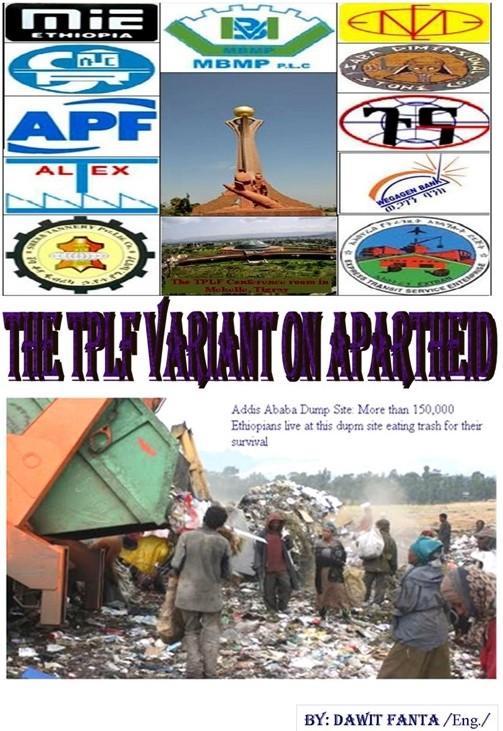 From the outset TPLF defines itself as a liberator for one specifically racially defined group. And still after two decades on power, irrespective of its ostensible claim that it is under the umbrella of EPRDF, people of the same origin monopolistically has held the whip-hand; and the whole country has been cash cowed by one specific racial group while the majority is being treated as impediments.

The apartheid nature and characteristics of TPLF’s policies and behavior is as covert as possible to throw the majority into total muddle until it is too late. To put it bluntly, the fledgling apartheid system of TPLF is emerging through a frog boiling tactic. (click here to read the whole article)