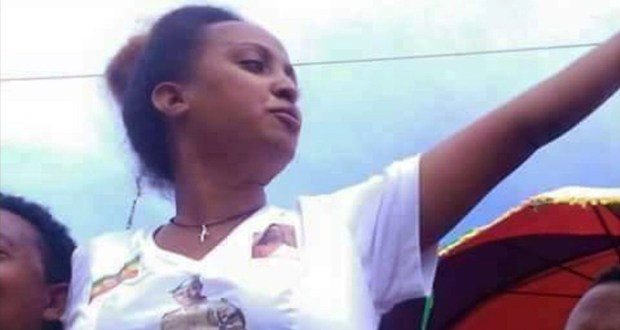 Nigist Yirga Tefera is a twenty-four-year-old girl and a resident of kebele18 in Gonder City. As most of the youth in Ethiopia she is craving for fair governance, equality, democratic rights and an end to extremely corrupt and ethnocentric rule.Standing up for her basic rights took her to Kaliti prison cell since June 2008. Nigist is accused by the TPLF court with terrorism, helping terrorist organizations and participating in and organizing demonstrations against the regime.Her case was heard at the fourth circuit of Lideta high court in Addis Ababa

She is one among thousands imprisoned by TPLF for peacefully demonstrating and daring to ask the government to respect democratic rights and end the corruption (synonymous with the TPLF) for most Ethiopians.  The T-shirt she was wearing during her peaceful demonstration shows one of the heroes in her region colonel Demeke Zewdu with the written message, “Amhara people are not terrorists”. The sad reality is the fact that the TPLF is the terrorist group in charge of the terrorist laws designed and implemented to silence dissent. Colonel Demeke is a former TPLF member.  When he returned to his home town of Welqayt, he was deeply troubled by the injustice committed onto his fellow citizens in the area which forced him to organize residents and question the corrupt and unethical practices of the TPLF.  That got him imprisoned and charged with terrorism. Everyone that questions the TPLF is basically considered as a terrorist by the TPLF courts that are completely controlled and manipulated by the regime. 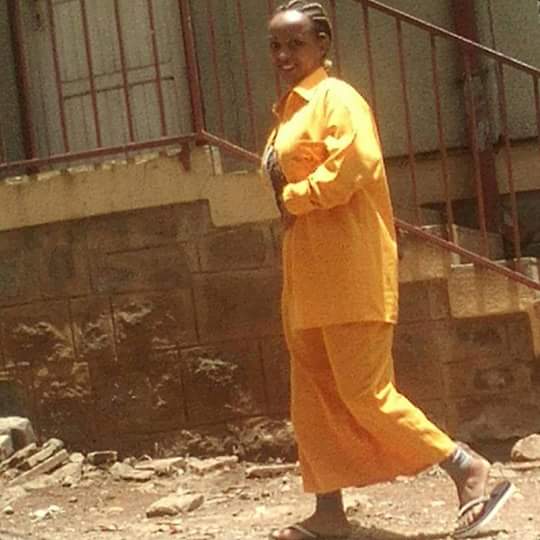 Nigist was taken to the notorious Meakelawi prison,aTPLF terror house where proud TPLF cadres dehumanize, torture and kill peaceful demonstrators and opposition members. Based accounts from her prison cell, here is some of what was done to her at Meakelawi prison (prior to being charged with a crime she never committed)and what has been done to her after transferred to Kaliti prison.

The extreme torture practices continued after she was transferred from Meakelawi to Kaliti prison. It is also heartbreaking to find out she was given limited visitation rights. (only thirty minutes).  Imagine the terror her family faces when coming to visit all the way from Gonder. The thirty-minute visitation time would be over as soon as they see the misery on her face and then she’d be told to go back to the same TPLF torture chamber. At a time when she is stressed and upset beyond belief and needs the support of her family,her request to have longer visitation rights have been denied by the court.

Nigist is one among thousands who are being subjected to appalling torture practices that made her hate the gender she was blessed with by her creator. Reading her story should make you question who the real terrorist is in Ethiopia? The 24-year-old girl who is being tortured and dehumanized by the TPLF,or the TPLF that tortured her.The answer should be clear to all fair-minded individuals.Regardless of which ethnic group or part of Ethiopia we’re from, or even which part of the world we belong to, we should all stand up against the inhumane torture practices by the TPLF on Ethiopians.

Article5 of The Universal Declaration of Human Rights states, “No one shall be subjected to torture or to cruel, inhuman or degrading treatment or punishment” and it is a big joke on human rights when a tortures TPLF regime is still considered as a member of the Human Rights Council (HRC) at the UN.

The United Nations should either be serious about human rights or amend Article 5 with a statement “UN HRC member countries like Ethiopia can torture their citizens who demand democratic rights.”