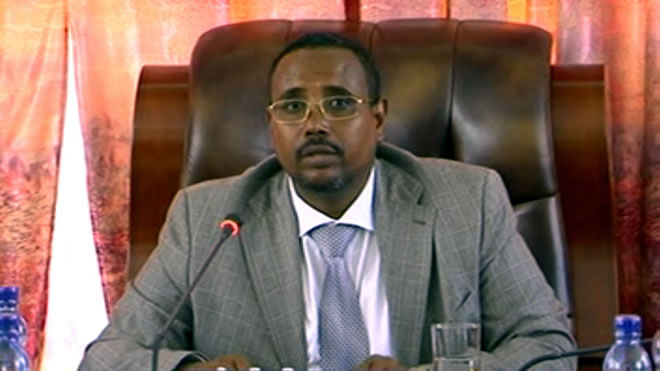 The Somali Regional State is inhabited by all Somali Clans. Even there are some Somali clans that exclusively live in Ethiopia only. Despite the fact that the Somali Regional State is inhabited by all Somali clans, the regional state is currently completely dominated by one clan. It is true that most of Somali clans that inhabit Ethiopia have rarely fought against the Ethiopian government or people. The Ethiopia’s government, however, seems to ignore the pleas of many Somali clans that are daily massacred in the regional state. The Liyu Police, Special Police, which had primarily been set up to counter the armed insurgency of ONLF (Ogaden National Liberation Movement), is now used to advance one clan’s economic, political, cultural development. No Somali clan has been spared of the Liyu Police butchery. This short writing will look at the hidden agenda of Somali Regional President, and whether the Ethiopian Federal Government understands the current wrong policies implemented by the current Somali Regional State President, Abdi Mohamed Omar.

History has taught us that war does not bring peace. It simply ferment revulsion and alienate many people. The Somali Regional State is located in geologically critical place. There is no doubt that blind injustice against people will drive them into the arms of extremist organizations. It is important that we make sure that the Ethiopia Federal State’s Constitutional provisions are upheld in Somali Regional State before it is too late to do anything.

Due to scarcity of pastor and water, the essential two commodities for the survival in Somali Regional State, there have always been low conflicts among different Somali Clans. However, these rivalry have now reached its climax, and penetrated the regional state’s mechanism, and one tribe is using all the state’s resources to advance its long standing ambition of making Somali Regional State a place where only Ogaden Tribe inhabit.

In the last five years, the current Somali regional state’s president, Mr Abdi Mohamed Omar, AKA Ilay, has introduced a raft of policies to make this dream realised. One of these policies is the increase of Somali Regional State’s Districts from 52 to 91. So far, forty-one districts have been created. Out of these forty-one districts, thirty-five of them have been given to Ogaden clan.

The question that everyone asks is what does this means politically, economically and culturally. As anyone can see for themselves this has a strong political ramification.  The primary purpose of this political move is to increase the parliamentarian share of the Ogaden clan. Since its establishment, the Somali Regional State’s Parliament consists of 187 elected MPs from different districts. The Ogaden Clan had no overall majority. The ONLF party, that had joined the transitional Government in 90s, botched to implement its Ogaden based policy. As a consequence they left the government and started their insurgency. Due to the creation of more districts, the number of parliament has now increased from 187 to 287. In particularly, the Ogaden clan has got more than 80 MPs. This political manoeuvre has made the Ogaden clan the single major voting force in the current Somali Regional parliament. That also means the parliament can reach any decision that would have big political impact on Ethiopia.  It is also pave the way for the long standing wish and wants of Ogaden clan: creation of  an independent Ogaden State.

To complete his strategic move of achieving a regional state inhabited only by Ogaden people, the regional president has personally ordered the Liyu Police to harass other Somali clans in the regional state. One of the ways it chooses to evict other Somali clan from regional state is making life hard for the pastoralists.  As known, most of the border districts have strong trade ties with the neighbouring Somalia/Somaliland. These districts rely on the neighbouring country to access basic services and products. The Ethiopian market is too far and expensive for the local people.  Instead of introducing gradual integration of these districts into the mainstream Ethiopian market, the regional state has closed all borders which tantamount to mass starvation.  It is illogical to close a border without provision of services and products. The most expensive item in this regional state, water, has never been provided to the people of border districts. Rather their water source birkas have been destroyed to drive people from their ancestral land. On the other hand, massive projects, such as big irrigation projects, several boreholes, and major transport infrastructures had been implemented on the other part of the region where the Ogaden clan lives.

The other policy the regional state carries out in these districts is the policy of transfer of civil servants from one district to another. On the face value, this policy seems right and perfect. Somali Regional State suffers from tribalism and nepotism.  However, the regional state has a hidden agenda under this policy. It uses this policy to evict local people from their districts and transfer them to more hostile districts. Most of the civil servants have resigned or simply disappeared from their newly allocated work place. The regional state has assigned Ogaden clan members to the key economic and political strong area. For example, all the state machinery is the Capital is run by Ogaden. In contradiction to the principle of democracy, even elect mayors have not been spared.

Moreover, almost 75% of the regional posts are held only by one Somali clan making the Somali regional state an Ogaden State. The regional media is dominated by one culture. Dhanto, folklore dance of Ogaden clan, is the major cultural features broadcasted by the regional state run TV- Ethiopia Somali TV. The Ethiopia Nation Nationalities Day held in Jijiga two years ago reflected Ogaden Clan is the representative of the Somali nation.

The killing, torture, extrajudicial arrest, injustice and mass eviction in Somali Regional State has to stop now if anyone is trying to bring peace and tranquillity in this part of Ethiopia. At last it is important to point that injustice breed hostility.  Injustice is the mother of all evils, and people who are not getting justice in their country will have no option than seek the justice in whatever way they deem necessary. The Somali People are not one clan. They are a part of Ethiopia, and their alienation will have disastrous consequence. The Somali Regional State’s injustice and the Liyu Police indiscriminate massacre of innocent pastoralists will drive many people into the arms of extremist organization. It is the right time to put reign on the mad mullah of the 21st century.