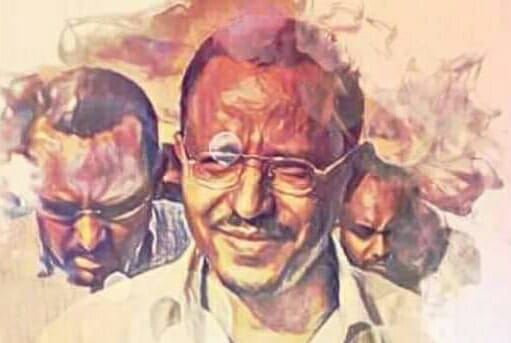 In September 2016, my article entitled “A glimpse into the plausible alternative futures of Ethiopia”was posted on some Ethiopian websites. By employing one of the tools I use as I facilitate strategic planning sessions- Scenario Planning, I showed the four alternative futures of Ethiopia (see the attached pic) and pleaded both the ruling party and oppositions to sit down and negotiate to avoid bloodshed and chaos.

When I wrote this futuristic commentary, both sides were seemingly strong with some leverage. Accordingly, their respective supporters downplayed the idea of negotiation to come up with a win-win deal. The ruling party supporters argued that the party is constitutionally authorized to lead the nation that it doesn’t need to negotiate and share power with oppositions. Supporters of oppositions didn’t want the ruling party to be part of the solution that they didn’t see the point of coming to the negotiating table. They demanded the total dismantling of the ruling party and then the transfer of power to a transitional government.

I didn’t blame both camps because very few know about alternative futures. Most of us think of just one future- a future that we would like to see. However, in real life, no one can predict the future that manifests in the coming weeks, months, and years ahead. Here is an excerpt concerning the four prospects I identified back then: “Future 1 (Quadrant 1, Q1) could be one possibility where TPLF may remain strong and at the same time the struggle continues to maintain its momentum. Future 2 (Q2) could be another alternative future where TPLF may remain strong while the struggle weans. Future 3 (Q3) could be the third alternative future where both sides may experience stagnation. Future 4 (Q4) could be another alternative future where the struggle keeps growing while the ability of TPLF to survive weakens.” As you can see from the attached pic, back then, we were in quadrant 1 (Q1)- both TPLF and the Struggle of those who opposed the ruling party were strong. 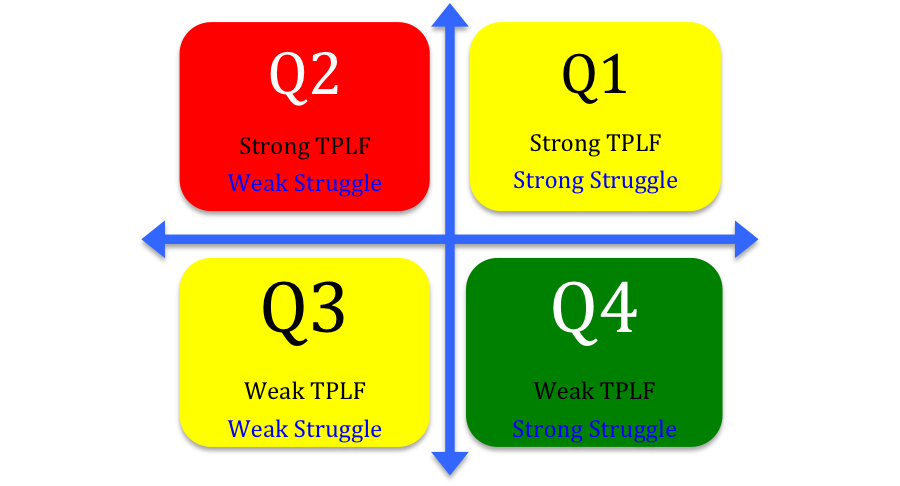 Sadly, back then, both camps expected total victory very soon that they weren’t willing to negotiate- give and take. The ruling party anticipated a future where it remains strong whiles the Struggle falters (Q2). On the other hand, the opposition camp hoped to see a future where the Struggle flourishes and then topples the ruling party (Q4). Fast forward over two months ago, before the selection of Dr. Abiy as the new PM, we actually were in quadrant Q4. However, since the struggle didn’t have a central leadership, it weakened TPLF but couldn’t tap into this scenario and dictate the terms of the transition.

Here is what I said in September 2016 if Q4 comes to picture: “The realization of Q4 doesn’t mean the people of Ethiopia will get what we want and deserve. The opposition camp is not well organized, and thus, there would be a power vacuum. We Ethiopians, though we have come together in the fight against TPLF, we have not reached consensus about the kind of Ethiopia we want to build in the post TPLF era. Don’t take this scenario lightly. Don’t just say that we can come together and reach consensus once TPLF is gone. That cannot happen considering our political culture. In this future (Q4), the people of Ethiopia, like in the past, may not have a say. This situation makes us susceptible to coup d’état from within TPLF itself or the overthrowing of TPLF by armed forces outside of TPLF. From our history, both scenarios didn’t end well. These kinds of groups feel entitled. They may not relinquish power and give it to a civilian government.”

Ladies and gentlemen, a coup d’état took place!Reformist within the ruling party led by Abbo Lemma Megersa sided with the popular struggle and snatched power from the status quo maintainers. However, for the first time in our history, this coup was a peaceful one. We must be grateful to God who heard our prayers, admire those who paid dire prices, and Team Lemma for their leadership. We avoided catastrophic bloodshed and further destruction of properties, and the disintegration of the nation.

Let me make a quick point. Some people are politically naïve and think that Team Lemma is only composed of leaders from the three coalition parties that formed EPRDF. I don’t have any evidence to show you but rest assured that there are influential and powerful TPLF reformists. We wouldn’t have a peaceful coup d’état while having TPLF controlled military, security apparatus, Federal Police, and the economy without the support of some TPLF leaders. That is why we should stop cursing TPLF as a whole. Hate politics must stop now.

Of course, there are many current and former TPLF leaders who would continue to resist fundamental changes and may even try their best to sabotage the reforms that are underway. All stakeholders should be vigilant to prevent that from happening. Nonetheless,coming out day and night and continually demonizing and demonstrating hate against all TPLF members (and sometimes the people of Tigray) is counterproductive, to say the least. The latter doesn’t help us build a political culture as we transform Ethiopia and heading to our new dawn era of brotherhood, unity of purpose, peace, stability, and prosperity.

At this point, it’s great that the majority of us are cautiously optimistic. However, now, we have to be proactive to project into the future and shape a future that is a win-win to all. We need to embrace the messages of the new Prime Minister- love, forgiveness, and unity. We should play a proactive role so that the country may experience fundamental changes in various sectors of the country, which ultimately may lead to sustainable development, democracy, and good governance.

We shouldn’t adopt a wait and see attitude. The stake is high. From our history, there was a time the people of Ethiopia enjoyed a brief moment of hope following a successful revolution, and then, a few dictators hijacked the struggle where we were forced to go back to square one. Once again, this time, we shouldn’t just anticipate one future. It is possible that the future we haven’t foreseen may come to pass and we may not like it.

If you may remember, following the removal of Haileselasie by the military junta, there were coup d’états within the larger coup d’état, which ultimately empowered Mengistu Hailemariam at the helm of power. Our beloved country never recovered from that misstep. Coup d’état against the current reformist group could be one of the happenings in the near future. Another possibility could be a superficial change by the reformists group within EPRDF because of the lack of popular support, and active participation of democratic forces, civic organizations, and the media.

That is why we all should play our part to sustain the change that just began. Team Lemma and its supporters who contributed the lion’s share toward the change that we’re experiencing right now should continue to be proactive until the full transition is successfully implemented. Project into the future, anticipate multiple futures, and then strategize, put in place laws and regulations, build institutions to shape the future we all dream to have. Those of you in the political space,in whichever camp you may be right now whether within the ruling party or oppositions,who missed the boat the first time, you have now another chance. Please be proactive this time, join the new wave of hope, reconciliation, forgiveness, and unity of purpose to play your share in shaping a future that leads to true democracy, good governance, stability, and peace. We as a society, we have what it takes to make the transition smooth and sustainable.

In the coming weeks and months, I’ll continue to share my thoughts, especially on what should be done to build the organizational and leadership capacity of key stakeholders such as the leadership of the new administration, opposition parties, media, and civic organizations so that they could be able to play their roles in the democratization process and as we build a new Ethiopia for all of her children back home, and in the Diaspora.

Ethiopia’s full restoration is near! She is on the rise! With the blessing of God and her hardworking, intelligent, able, and determined children, she will soon resume her leadership role in Africa.