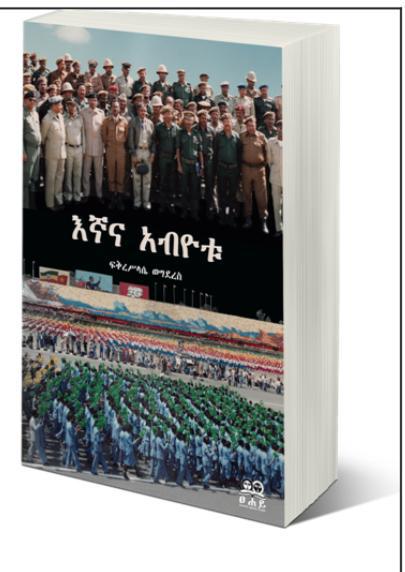 We love to visit the past. There is no one like us that digs deeper, travel further to harvest the bounty of our rich past. To say we dwell on the past is definitely an understatement. I would not be surprised if scientists after mapping our brain find a special pocket where we store ugly little tidbits of the past to fuel our anger. To claim we live in the past is not far from the truth.

Compared to others what makes our situation a little different is how we use the past to explain or understand the situation in the present.  We are beyond unique on how we use a wrecking ball to smash our past to pieces and are surprised when we are unable to build the future because there is nothing to stand on. How in the world can you build without a foundation?

From what I can see compared to us others use their past in a completely different manner. Let alone a country even a family weaves a rich history to put the ancestors in a good light and favorable condition. Countries are notorious for spinning such tales they put little Rumpelstiltskin, the weaver of straw into gold to shame. All are the ‘exceptional, the Middle kingdom, where the sun never sets, the Motherland etc. etc.  If they are rich and strong they like to assure us that it has always been like that and if they are poor and weak they will invite us to sit down so they can tell us of the times when they were a great empire with ships in all the seven seas.

As I said earlier we are a little different. Sometimes it is a little bizarre when others say all those good things about us and we are too busy to notice since we are trashing the past. The joke is on us I guess. I brought all this up because lately we have been going thru one of our periodic self flagellation exercise. Every Tom Dick and Harry has been picking on my motherland. You notice the names, of course I could have given them Abesha names but I just don’t want diversions. Tom Dick and harry should do. Every little narrow nationalist village idiot with a keyboard has been dumping on my glorious past.

We celebrated Christmas and welcomed a new European New Year. December and January are times of renewal and in our area we celebrated like never before. Among other things the visit by Chairman Yelekal of Semayawi party was a memorable moment. It is refreshing to see our country is still capable of producing such a young and courageous person that dares to demand justice for his people.  We also held a fund raising for ESAT and were entertained by our children playing traditional music using modern instruments. Chairman Yelekal comes across the ocean to bring us ‘determination’ from home and the young ones born here showed us the bond is still strong.

This month happens to be the 100 year anniversary of King Minilik’s death. King Minilik is the father of modern Ethiopia. He is also a figure of such historical importance and is included in all historical books as a leader of an early kingdom called Ethiopia. He took nation building to be his primary task and accomplished that in a spectacular manner. Force was used sparingly. Marriage, title, recognition were his favorite tool.

His fascination with technology is legendary. His diplomatic skills not only united Ethiopia but forced others to recognize him as an equal. When you consider this was the period referred to as ‘the scramble for Africa’ by the European powers we were lucky to have such a skilled leader. You know what happened to the rest of Africa. We stayed independent and never kowtowed to any foreign devil.

King Minilik of Ethiopia is also an International hero to all black people. The battle of Adwa fought one hundred eighteen years ago between Italy and Ethiopia is the first instance where a European power was defeated by an African Army. In the scheme of human history historians claim it is a big deal. I have no reason to disagree.

To celebrate the centennial of his death EHSNA (Ethiopian Heritage Society in North America) is holding a commemoration in Silver Springs, Maryland. All Ethiopians are invited to attend and get in touch with their past.

It was also a delight to see the lecture at Harvard University by Raymond Jonas a historian from the University of Washington discussing his book ‘The Battle of Adwa- African Victory in the Age of Empire.’  He has no axe to grind. His perspective is purely as a professional and his conclusion is music to our ears. After careful study the good professor gave credit to our King for his leadership skills in amassing such a force in a short notice to bring the invader to their knees. It showed that when we feel threatened we come together. That is because like it or not Ethiopia is part of our DNA. It cannot be deleted, erased, written over or corrupted without consequences. Split personality is one of the symptoms that foolishly question their identity.

As I said before, we Ethiopians are a little different. Some of our supposedly learned friends with papers from the most prestigious universities decided to reinterpret history in a layman’s manner. It was without shame they went out in public to insult, condemn and treat our history as nothing but a Hollywood fiction. They were following on the footsteps of the dead warlord from Adwa that rose to prominence using force and treachery and declared our flag to be nothing but a piece of cloth as he entered Minilik’s palace. Today his underlings are continuing that path of revising our glorious past.

As if the assault by the ethnically challenged is not enough we have another lost soul from the past trying to get our attention. It is no other than Captain Prime Minster Fekre Selassie Wegderes out with a book trying to put his own spin on what happened yesterday. To be honest I do not think I want to read his book. Reading a book by a convicted mass murderer is not one of my priorities. In all sincerity I was debating whether to buy the book or not when I came across his interview.

Based on that interview I am sure to stay away from this work of fiction. What exactly did we do to deserve such individuals instead of remorse and begging for forgiveness show up to tell us the survivors how great they were and how they could teach us today where we are going wrong.

This convicted criminal instead of coming clean with the truth now is trying to feign ignorance for the crimes that were committed when he was part of the group. I have no idea why he came on the interview if he was not going to shed light on the ugly things he did and answer questions in a direct way since there is nothing to hide. But that was not his style. He said he was here to set the Derg era straight which he referred to a major part (telek akal) of our history. How delusional can one get? Our country is three thousand years old and he considers his twenty years romp as major event? It is sad all those years in prison did not help him accept his crimes and come to terms with his weak and cruel personality. You think he still feels bullied and is afraid of the Colonel? Too bad he is trying to profit from his crimes at the same time white wash history and we are letting him do that. I told you we are unique.

It is another instance where our past becomes an impediment to progress. It is not accidental. They are deliberate insertions by the regime to create diversion. We so much dwell on the past that we have no time to create the future. They know that just like a bee is attracted to a flower we will flock over to this kind of sensational news and activity. The regime with its unlimited resources is creating news for us and we react.

There are eighty million of us. I am sure there are plenty with rich and wonderful stories that can elevate our spirit and mend our broken hearts. Both inside Ethiopia and in the Diaspora there are thousands that are working in all kinds of different ways to improve the spiritual, financial, health and family concerns of their people in a positive manner. Instead of bringing out the best in us we seem to prefer to sink to the bottom and feed on sludge and toxic garbage.

They call it freedom of expression. I call it groping in the dark. The ethnic based regime is doing all it can to instill fear, destroy our self worth, divide us into ethnic and religion based Bantustans and we the supposedly free souls are cooperating by trashing our past and elevating criminals as historians and someone worthy of a conversation. It is not a winning strategy. It will not help us secure our freedom, help our people lead a better and fruitful life and lay the foundation to build a country our children would be proud of. It is never too late to learn from the past and use it to construct the Ethiopia that is destined to shine like the North Star. We can start today by saying no to peddlers of hate convicted criminals.