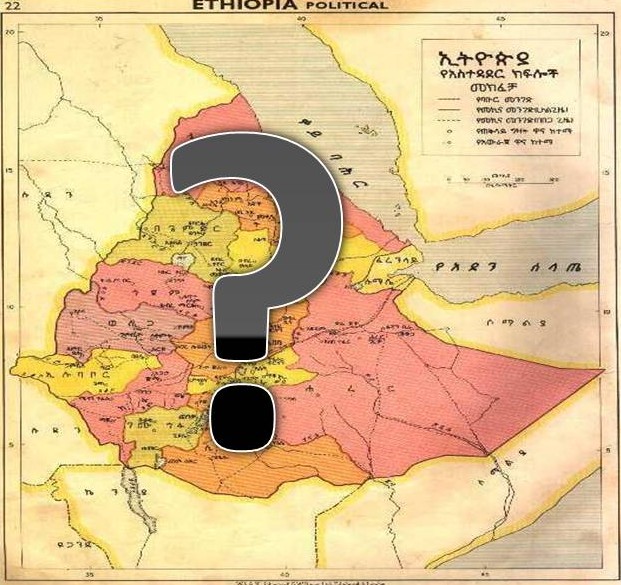 It is the names of Ethiopians that are Party leaders, ranking officers and rising stars that have been charged by the TPLF led government for committing crimes against the State. They all are serving prison terms as ordinary criminals and are held under conditions meant to break their will until they submit.

They are not prisoners of the Nation we call Ethiopia or the Government of Ethiopia. They are prisoners of Tigray Peoples Liberation Front commonly known as Woyane Party. The TPLF Party is the creator and de facto owner of EPDRF. A few of the prisoners more than others are in real danger of being harmed mentally, physically and in ways we could not conceive of. We Ethiopians are well aware of the savage and irrational nature of the ethnocentric Woyane warlords in power.

TPLF (ሕዝባዊ ወያኔ ሓርነት ትግራይ) has made it appear normal for a political Party to have its own security imbedded as government agents and run private ‘detentions centers’ where they use torture and other means trying to break the spirit of a single human being. I am afraid when a government uses all its unlimited resources to peruse individuals and is comfortable using unlawful means, there is not much one can do to be secure from such international criminals. Please watch Captain Teshome’s Interview on ESAT here and see the real nature of TPLF.

Why did TPLF Woyane invest time and money to abduct Ato Andargachew? How does this act benefit TPLF when condemnation and rebuke by their sponsors was a strong possibility not to mention angering the Ethiopian people both at home and abroad? Is this such a bold move or the act of desperate individuals that would do anything to cling to power at all cost? What should be done by us (the Diaspora) to show our strong disagreement to such wanton criminal act in the name of Ethiopia?

The TPLF kidnapped Andargachew because he is the kind of Ethiopian patriot they are most afraid of. Andargachew who is Secretary General of Ginbot 7 Movement for Justice and Democracy (G7) is one of the most loved and respected political leaders our country has produced. His low key and humble ways is what draws people to him. He has been showing us the art of working together ever since the advent of Kinijit.

The 2005 General elections was one of his proud accomplishments where he out organized Woyane and totally embarrassed the little dictator. It opened a new phase in the history of our struggle to truly be free. Since booted out of his homeland he has been globe-trotting first on behalf of Kinijit and now serving a leadership position in Ginbot7. He has been operating from inside Eritrea and Northern Ethiopia in his capacity as Secretary General of the Party for the last few years.

Andargachew and his Organization have proved to be a unifying force among the opposition be it be armed or otherwise. Andargachew’s achievements include the establishment of cordial relationship with other resistance groups such as OLF, Patriotic Front, TPDM, Afar and Ogden among others laying a solid foundation for the new equal and just Ethiopia.

Andargachew and his comrades introduced a new and smart way of leading, choosing collaboration over animosity, teaching by example rather than lecturing from above and acting as a trusted mediator between the different groups that share the same goal. He is a teacher and proudly graduated a few classes. That is what worries Woyane most and accuse all resistors as members of G7.

That is why our TPLF bosses are humiliating themselves and buying animosity that is difficult to gloss over displaying their crude photo shop attempt to cut and splice a video drama. It fills all our hearts with sorrow witnessing that we are being led by such sick people that are still operating on war mode. We thought their entry to Addis ushered a new day. Over twenty years later they are still not done fighting. It is an endless war we are faced with.

Ato Andargachew has been paraded in front of Ethiopian TV twice now. We Ethiopians are familiar with such Woyane theatrics. They have managed to cause a big damage is not deniable. Damage control is up to G7. Whether the CIA, Britain or any other actors were involved is idle talk at most or a distraction at best. How others respond is not our worry.  The question is what are you going to do about it my friend?

We Ethiopians in the Diaspora need to digest the information and respond in our own way – that is if we care. That much is expected of us if we think that it is our business because we are concerned about the wellbeing of the people we left behind.

If history is any lesson then imprisonment, torture or even assassination of the leader does not seem to affect the struggle of the people to be free. Did the imprisonment of Mandela stop South Africans from fighting back, did the killing of Steve Biko, leader of Black Consciousness Movement derail the freedom train, did the murder of Tilahune Gizaw discourage the students from asking “Land to the tiller!”, did the assassination of Martin Luther King stop the March for freedom? The truth is most of the time the criminal by those in power give the masses a symbol to rally around.

During our War of Resistance against Italy Ras Desta Damtew was captured in a battle and was executed by a firing squad. The Italians thought this public display of might would discourage patriotism – it had the opposite effect. It took time but we Ethiopians are coming to a better and healthier understanding of Woyane. Andargachews’ abduction has for some reason angered even those that were sitting on the sidelines. Beyond the usual ways of expressing dissent it is a timely call that went out to take the struggle of the Diaspora on a new path. The days of condemnation, outrage and sobs are over. It is a time for action now.

Those in Ethiopia under very difficult circumstances are doing all they could to get rid the cancerous Woyane tumor. The movement of our Moslem friends is entering a new phase. We learn so much from their focused vision, unity of purpose and sacrifice and we believe whatever we do here would help their movement achieve the goal of removing government interference in their affairs. The struggle by Blue Party, Andenet, Arena and others is slowly working in pushing back against fear and apathy

We Ethiopians do not shy away from a legitimate fight. It is not like us to run away and hide. Saying enough is not alien to us. Here is a quote from a book about the wonderful art of ‘Guerilla Warfare’ somewhere that took place a long time ago:

They were engaged in activities such as the ambushing of enemy troops to acquire arms and other war materials, snowballing huge rocks off mountains and cliffs when enemy convoys passed, disrupting the enemy’s communication systems by kidnapping their messengers and later cutting telephone lines, setting fire to anything under enemy control such as offices and fuel or ammunition depots by firing from long range, and harassing and killing enemy collaborators.

Wow is all that comes to mind. Whose glorious history is that? What a brave and ingenious people is what I thought and envy is what I felt. It is the story of none other but us! The author is talking about ‘‘Dejazmach Gebrehiwet Mesheha, Dejazmach Abbai Kahsay, Woizero Kebedech Seyoum, Woizero Desta Gebre-Mikael and other prominent resistance leaders’ that were operating in northern Tigray to harass and slow the enemy and the year was 1835-1936. They were the forerunners to Abebe Aregay, Mesfin Seleshi, Desta Damtew Balcha Aba Nebso, Gurassu Duke and other notables that made it possible for our people and country show the world we are not someone to trifle with.

The situation we find ourselves in today is not any different nor more difficult. The TPLF Party that is in charge is systematically destroying our country from within. They are doing that because that is what criminals do. The system they have set up has made us turn against each other, encouraged us to lie and steal and keep an eye on each other. The hunger for money and material gain they instilled in us is turning us into cold blooded zombies that would betray family and friends for fleeting moment of comfort and fame.

I have one simple question to all my Ethiopian family and friends. The TPLF mafia has been abusing our people and country for over twenty years now. The presence of Ethiopians all over the world driven out of their country, the desire of Ethiopians at home ready to leave their home at a moment’s notice is ample proof that the TPLF Woyanes are not friends of Ethiopia.

It looks like we have come to a fork on the road. One leads to more abuse and humiliation while the other takes us to a wonderful tomorrow where we choose our leaders and build a great society based on love, equality and justice. I am aware any rational person would choose the road to freedom and prosperity. Unfortunately there is a catch.

We all know there is nothing free in life. It has to be earned. Freedom is such commodity. It is not something handed out on a street corner. Ask those that are free and they would tell you the sacrifice paid. America has its war of independence, France has its revolution, China has it war for liberation, South Africa has its uprising. I have no idea why you think that Woyane fascist would voluntarily hand you your freedom.

So you my friend have to think hard and decide which side of history you want to be associated with. You can stand with TPLF Woyane as a junior partner or do the right thing and choose to invest in the organizations that are working day and night on your behalf. If you think they are not good enough, they lack a few things and insist they all have to unite there is no one like you to right what you think is wrong thus the thing to do is roll up your sleeve and show them how it is done.

There are plenty of things we each can do to contribute our share for our liberation. It is not rocket science since the free people we mentioned earlier have shown us how it is done. There is no need to reinvent a new method. As they say if it is not broken don’t fix it and if it is proven to work do not revise it. Can you think of anything you can do to help Ethiopia be free? Look around you, I am sure you are capable of coming with a little act of defiance that added to mine and my friends here would amount to a big humongous act that would attract Woyanes attention. That is all our people ask, a tiny little act of defiance from each and every patriotic Ethiopia. Do not let your mother down!