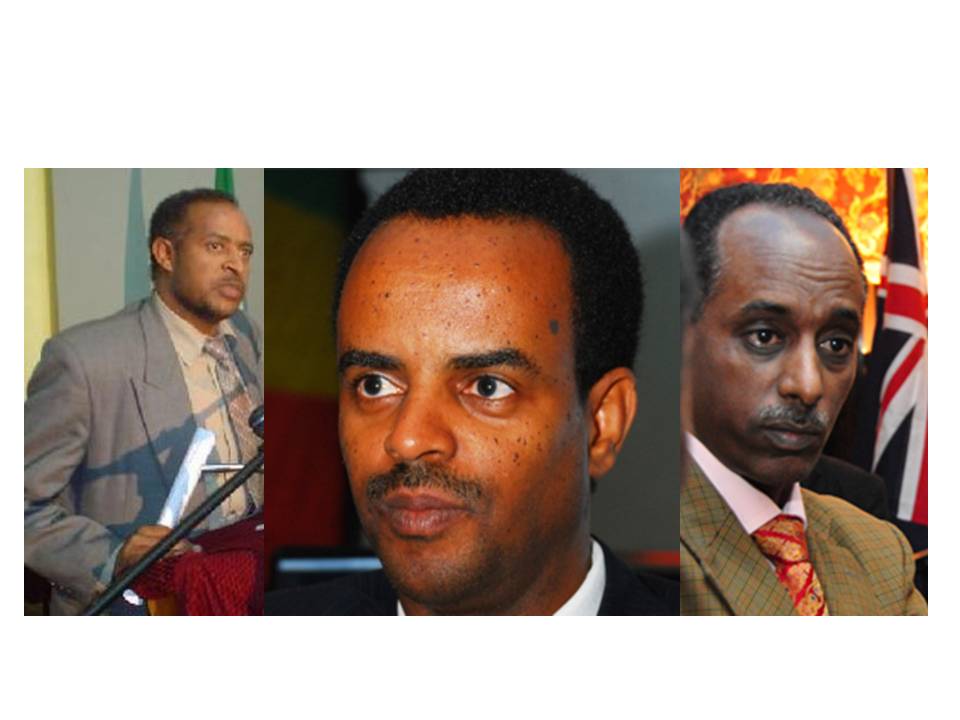 I dreamt about my uncle. He has been dead for over ten years so I was wondering what brought him to my conscious now. It was a vivid dream and I woke both sad and happy. So all day long I kept wondering what is it that made me dream about him.  I really think I was able to come up with a reasonable explanation why this memory was triggered in my brain. I believe it is due to what I have been reading lately that woke up this memory about service, integrity and today’s Ethiopia.

The night before the dream I read a very revealing article on https://www.goolgule.com/  (follow the link at the end to read the article) about the land grab in Oromia region. It is a very depressing tale of what those in position of power and authority do to our people. The story was told to give us perspective about Ato Jundin Sado who seems to find himself in a very precarious position lately. His problem that started before the death of the tyrant has escalated to his being dismissed from that TPLF satellite organization OPDO. It looks like this human puppet that has been serving his masters faithfully betraying the Oromo people is now paying the price for his sins.

I also have been reading about the Deputy Mayor of Addis Abeba Ato Kefyale Azeze defecting and moving to the US as a fellow refugee. I have also been informed about Ato Getachew Belay a high ranking TPLF official that decided to stay in the US abandoning his post. Ato Getachew has served his party as head of the Privatization Agency and head of EFFORT. Both are posts normally reserved for party loyalists.

The defections must have been that got me to think about service to people and country. That must be what triggered this deeply held memory to surface in the middle of the night. My uncle is one of the few people that have left a mark in my brain. I always think of him in a very pleasant manner. The earliest I remember of him from is the picture hanging on our living room wall. It was taken before he left for Korea as part of the United Nations peace keeping force.  He was dresses in a greenish uniform sitting on a chair with medals on his chest. It was a serious picture but his boyish face betrayed the stern garish looking uniform and made him look like a kind solder unlike a warrior he was supposed to be. No question that picture impressed all of us growing children.

Upon his return from Korea he was recruited to work at our embassy in Egypt. He must have stayed there a long time because when we met next I was already in high school. He was working as administrator at Paulos/Petros Hospital in Addis Abeba. He got married and built a beautiful bungalow in Gulele. My brother and I used to love going over to visit him in the weekends and spend the day listening to him talk and observe the disciplined and meticulous way he lived.

He built the house himself and for us it was like a Ferenji place. It has a beautiful bathroom with toilet, bathtub and bidet with working plumbing system including hot water. The house has a beautiful dining area and a living room for entertainment with couches and a radio. His flower garden was a marvel to look at. We sat and ate in the dining room and washed our hands in the bathroom without a maid fetching water and towel to our table.

A few years later he built an addition on his land to rent for income and help raise his three beautiful daughters. He was making an honest living and looking forward to enjoying his retirement. I finished High school and came to America.

The appearance of the Derg changed everything. The turmoil that followed affected my uncle and his contemporaries in a negative manner. The Derg expropriated all wealth created regardless of how it was achieved. My uncle became the victim of this haphazard and meaningless policy. The Derg became the landlord of his property and his tenant started paying rent to the government. My uncle was forced to retire due to the turmoil in the country.

When I visited him next I couldn’t help but notice how fast he has aged. He was still living in his house but there was no incentive to do any repair or make his house into his own castle. It was shocking to see the deterioration of both man and property. Such a vibrant and go getter of a person was reduced to spending his days on trifle affairs and mundane subjects. It was odd to see his previous tenant subleasing the house and making money. The coming of Woyane did not make things any better. They took over where the Derg left off. That is how much things have turned topsy turvy.

May be I am grasping for straws, maybe I am letting my imagination go wild but the truth is I saw a connection between my dreaming of yester year and the current news coming out of Ethiopia. My uncle’s life was a simple straight line of service and hard work with rewards of stable and fulfilling end until it was rudely interrupted. His achievement was on merit and his honest service is what makes the wheels of society turn in predictable manner. His honorable way of life was an example to all our family. We all learn by example and he was a proud mentor.

Why am I writing about my uncle is a good question. I wanted to tell you we have not always been the way we are now. Lawless, corrupt, shifty, no roots and void of faith, this is what has become of us. I believe this describes the new Ethiopia. Not long ago our country and people were different. Yes there was inequality, there was injustice and we were definitely backward. But we were not degraded, self-loathing and hopeless.

When I read about the likes of Junedin, Kefyalew and Getachew I start to wonder about the future of my country and people. What do our people learn from such disgraceful action? What kind of society produces such individuals? How did our country find itself putting such people in charge?

Let us take Ato Junedin. Let us also remember the entire OPDO leadership was rejected by the Oromo people during the 2005 elections. They were restored to their position after Ato Meles ordered recount of the ballots. It was in the aftermath of this event that the OPDO leadership decided to teach the people a lesson. Land is the only wealth the Ethiopian peasant owns. He has no bank account, no capital in machinery and no stocks and bonds. People like Junedin robed the land from the simple peasant. The stolen land was leased to grow flower for the export market while some was used to build condominiums and town houses.

The same peasant that lost his land was recruited to work as a day laborer while his children were let loose in the green houses where they grew flowers. Fifteen and sixteen year old Oromo girls were exposed to chemicals and fertilizers without adequate or no protection.  The land given to the developers with fancy names puts the children’s fable Alice in wonderland to shame.  In a country where the per capita income is less than $700 a year our developers are constructing housing that costs five million to twenty million. That is what a company called Country Club Developers is building in Legetafo, Oromia. It is also true that over 95% of the residents of Oromia cannot afford to purchase their dream house in Legetafo. Ato Junedin made all this possible.

Folks like Kefyalew and Getachew are the engines that facilitated the working of the TPLF anti Ethiopian machine. Today they come to America as victims. They followed high officials of the Derg regime that left before the fall of Mengistu. Derg era criminals today are respected members of our community. I assure you in a few years Kefyalew and Getachew will join our Church, Mosque and Eder as ordinary fellows in exile. How could a lesson be learnt if yesterday’s criminals are today’s freedom fighters?

Do you think the problem is with them or with us? Do you think people like Junedin, Kefyalew and Getachew can exist with us? There is no ying without yang, there is no smoke without fire and there is no criminal without a victim. Our indifference our apathy makes people like the above flourish. When we keep quiet while observing injustice we encourage such evil act to continue. When we participate in buying stolen land, building on stolen land we facilitate the coming to death of our homeland. We mock our people’s plight because we ventured out and collected a fist full of dollars.

It does not require a fortune teller to predict sooner or later the injustice, the famine; the hopelessness will force our people to resort to force as they have done before. Today’s Ethiopia is reaching that boiling point. This is not because it is written but it is so because her children failed her, because her children refused to act because her children looked the other way. The solution lies in each one of us. We all know what is right and what is wrong. We all know we cannot judge the Junedins and the Kefyalews and the Getachews if we would act like them given the chance. The question to ask ourselves is would I be different? Am I a better human being aware, conscious, and keeper of my brother?