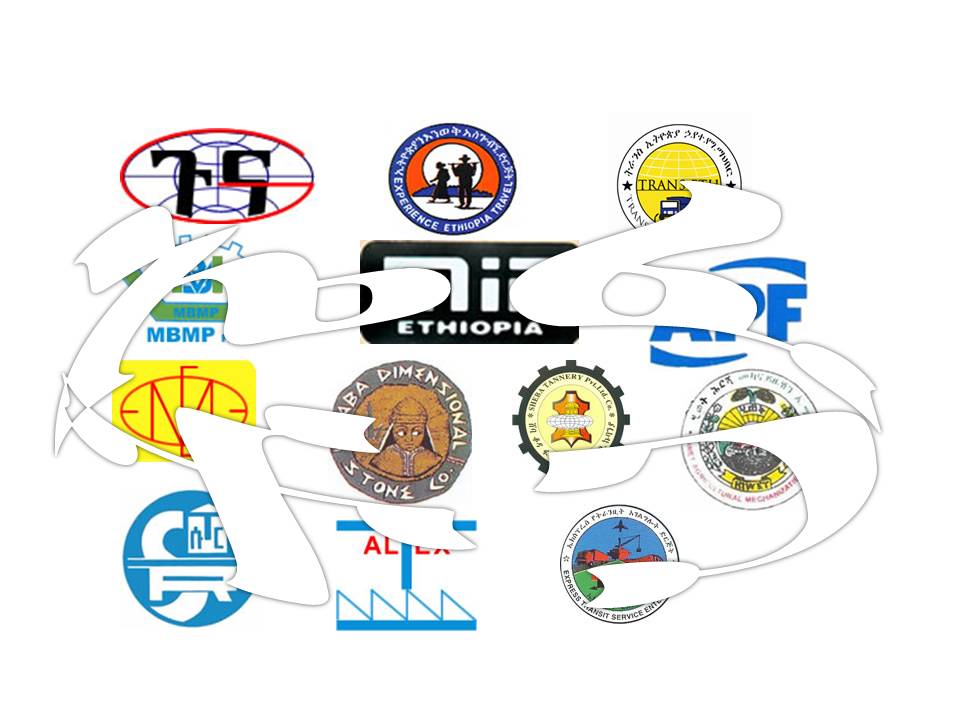 The Bay Area that currently is home away from home for thousands of Ethiopians is nothing like any other place that I have known. I was born in a small village on the southern part of Ethiopia and have resided in Addis Abeba, Oregon and Seattle Washington before moving here. The Bay Area is unique. I thank the Gods and celebrate my luck whenever I have a chance.

The place where I originated from is not known for such movement of people from one location to another. As much as I remember the majority of the people I know were born, grew up and die within a few miles of their home. A trip to the next town a few miles away was talked about days from departure. My journey to America was definitely a mind boggling experience and by any stretch of the imagination not an understandable act by most of my family and neighbors for the period I came to America.

The same thing cannot be said today. As I drive to go to work every day the sight of elderly Ethiopian mothers and grandmothers  walking down Telegraph avenue,  gray haired grandfathers sitting outside Pete’s coffee, taxi drivers silent greetings from the next lane is always a welcome sight to start the day. It looks like no one is left at home. They are all here. They make me feel at home.

Of all the places I have lived it is the Bay Area that gives me a sense of belonging and the absence of that feeling of being stranger in a new land. This is so because this corner of the world is where the world comes to prove that American concept of ‘the melting pot’ phenomena. No one asks you ‘where are you from?’ in the Bay Area. There is a restaurant for every food type, a worship place for any religion, a market for all ethnic product and court appointed translator for any language of your choice.

If you have a relative coming to the US from the remotest corner of Ethiopia, please send them to the Bay Area where they can be made to feel at home In no time. Chances are he/she will find someone from the same village to welcome them and remove that feeling of fear and anxiety as they say in a ‘New York minute’ and that is faster than a blink of an eye.

This experience probably can be said of most metropolitan areas where we congregate due to abundance of jobs and that sense of comfort we get when we are with each other. This situation of finding ourselves in a faraway place although not out of choice has also got a silver lining where good can be harvested from the bad situation. Our elderly parents get to spend the last days of their life with their children and grandchildren and experience a dignified living.  We have a choice of schools to go to and there is no limitations on what we want to achieve in life.  From what I can see it is fair to conclude we are one hard working people that excel in the professions we choose.

Is it fair to ask what else do we learn during our stay in this land? We definitely learn the value of hard work and honest living. We also notice the wonderful way the different cultures manage to live in peace and harmony without sacrificing their uniqueness. Respect for others and show of empathy to those that find themselves in challenging situation is a lesson we cannot avoid. Any time there is a natural catastrophe anywhere in the world we see people giving what they could, being stressed to no end and going out of the way to help. Most of the time they don’t even know where the heck the location is but that does not stop them from wanting to help.

The news that has been in the headlines the last few days is the trouble two football players are in for a behavior not appreciated in this time and age. One was caught hitting his fiancé and another was charged for disciplining his young son in a harsh manner. How the incidents were dealt with by society is what I want to focus on. It looks like folks were not happy to witness such behavior from individuals that have attained success in the field they choose. The damage to the victims in my opinion does not seem long lasting but what bothered people was the fact that it took place. Both victimizers took responsibility for their transgressions and by the time the news came out they have made peace with their prey.

What I noticed was the civilized way the ugly situation was dealt with society in general. Some wanted harsh punishment to be administered but it was not the general consensus. The overwhelming desire was to use the occasion as a teachable moment and shine a bright light on domestic violence and the issue of discipline and the role it plays in raising our children. The discussion that is ongoing at the moment is doing great service that could help avoid such behavior to be acceptable and that would not be tolerated in the future. The fiancé and the little boy were the immediate victims but society reacted as if the crime was committed against all. They showed empathy and identified with the hurt feeling of the two victims.

Today there are calls for the two teams to punish the football players. There is also a consorted move to force their corporate sponsors to disassociate themselves from the two clubs until appropriate action is taken. The commissioner of the football federation is hanging by his finger nails and there is a strong possibility he might lose his job. Politicians such as the Governor of the State and Senate representative are calling for suspension.  As you can clearly see it is all about taking responsibility for one’s action and paying the price when one comes short of expectations. That is why I said earlier every cloud has a silver lining. Out of this ugly situation something good is being born in front of our eyes.

I brought this up because it is a perfect example for us Ethiopians to learn the concept of ‘I am my brother’s keeper’ and that it is my business to protect those that get hurt due to circumstances beyond their control. It is not considered meddling in people’s affair but shielding the weak and the poor from the rich and strong. Tell me my Ethiopian brethren do you see a situation where such injustice occurs on a daily basis in our old country? Can you tell me the reaction of those that are in a position to right that which is wrong but washed their hands like Pontius Pilate?

That is what the Roman governor of Judea did when they brought Jesus to face justice. He did not want to crucify Jesus thus it is said that he washed his hands in front of the mob and declared ‘I am innocent of this man’s blood, it is your responsibility.’  Sounds and looks familiar don’t it? How so you might ask?

I will go over it slowly. There is no rule of law in our land. The government currently in power uses coercion to stay in power. There are no democratically elected officials anywhere in our country. All affairs of the government is run by a few individuals recruited from a single ethnic group. Simply put the system can be defined .my way or the highway.’  Thus logically any decision taken by the few with gun is always meant to help perpetuate the group’s self-interest. Anybody working closely, associated with such organization accepts the dictates and rules set by those in power.

Today the regime that is misgoverning our country collects money from the Diaspora we mentioned earlier by peddling illegally acquired products. It is not only luxury items that are being exported to collect dollars but basic necessities that are crucial for the survival and well-being of our people. We their children that have managed to escape from this misery are the consumers of such products. When we purchase Teff that is stolen from our people’s mouth, when we drink Beer that is exported to get dollars when we fly Ethiopian Airlines that is the personal bank of TPLF we are making a choice like Pontius Pilate. One can wash ones hand but it is not easy to wash ones conscious. 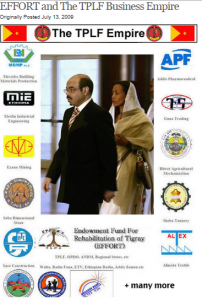 Why do you think these Americans went up in arms due to a conflict between individuals in a family setting?  Simply put unlike us they do not place bad deed on a scale to balance one evil with another. Evil is judged all by itself for the damage it does to one or many. The average person does not require a cue from others to respond. They seem to have acquired this ability to make up their own mind without checking with their neighbors and friends.

That is why we do not meet someone making excuse for the transgressor. That is why they do not come up with such pathetic line like 1) If I don’t go to the game the venders will be laid off 2) If I boycott my team will suffer 3) If I don’t buy ticket my home team will go bankrupt etc. etc. That is called abdicating responsibility to challenge evil where ever it rears its ugly head.

That is why it is absolutely baffling to see those that escaped from prison helping the evil warden to keep their family and friend back behind bars. We came over here to experience life to the fullest by living in peace, raising a family and live without fear. We acquire knowledge and pick new habits from our generous hosts. Do you notice a number of us fail to absorb that beautiful quality called empathy, which simply means the presence of mind to care for others that are not fortunate like us.

It does not mean there is smoothing terribly wrong with us. There are many explanations for our failure to care. It could be lack of education, may be the result of tumultuous upbringing we went thru during the dread Derg period and the backward culture that is hindering our thinking process. Those are all excuses and do not absolve us of our indifference to the plight of our people.

As we witness the American public is using different means to force change in the behavior of the team, the individuals and society in general. They are forcing the politicians to intervene, pressuring the sponsors to lean on the football league and the teams to do what is right if they want their money and love. All are paying attention. That is the power of the people in all its glory.

I hope this is a teachable moment for us Ethiopians regarding the use of our economic power to bring change to our beautiful land and people. It is the responsibility of each one of us to teach by example. It is our duty to patiently explain to our friends and family the importance of personal responsibility and the satisfaction of doing something good. I will come back to this subject over and over again. It is too important not to be done. I have no vested interest more than any one of you but I thought may be if I act as your conscious sooner or later you will pay attention and do the right thing. I know you are capable of that my beautiful cousin. Our country and people are waiting for you to act.