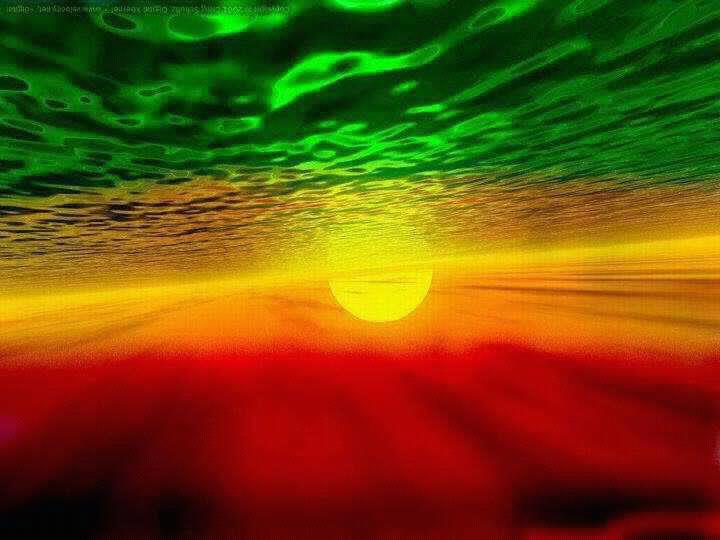 It is a new year and it is always nice to take stock of the damage after another year of trials and tribulations that is testing our endurance as a Nation and people.  2013 has not been a good year. Our children are still migrating out of the homeland in every direction. For all those who make it to a safe destination there are plenty that have perished in silence. May they rest in peace.

We will never forget the Lampedusa shipwreck that resulted in over 360 dead. The recent shame and humiliation of our young people in the kingdom of Saudi Arabia will not be forgotten easy.

The forced exodus was painful to watch let alone experience. Today there are thousands that are held in chattel slavery all over the Middle East and thousands in Yemen abandoned in the desert and with no place to go to. There are Ethiopians jailed in Kenya, Tanzania, Malawi and Zambia for travelling without valid paper.  There are Ethiopians in the Sinai, in Libya and Egypt stranded, running or hiding in their hundreds if not thousands. It is anybody’s guess.

It is with all this in mind that as is customary to honor someone or something that has made a profound impression for better or worse in the preceding year I choose the Diaspora Ethiopian as the person of the year.

The Diaspora numbering in the millions is scattered all over the planet. We are a formidable force. We are the lucky ones that have survived. Although most of us reside thousands of miles away from home the umbilical cord that connects us to our land and people is still strong and alive.

Overall the Diaspora has played a positive role in the life of our country. Be it economical, intellectual or political it is fair to say the Diaspora in general has in its own way tried to make our country a better place.

In the economic sphere so many have withdrawn their life savings from their adopted countries and invested in Ethiopia. Small business is the most important factor driving any economy and the Diaspora’s injection of capital and knowhow is real and vital. It is also true that due to the culture of corruption and absence of justice many have suffered while trying to do good.

Despite the many unnecessary rules, regulations promulgated to frustrate and encourage bribery the Diaspora’s involvement in the education field is nothing but impressive. There are plenty of professors and teachers trying their best under difficult circumstances. There are plenty that are running orphanages, schools and welfare organizations without whose help thousands will be left out in the cold.

The political sphere has been a very vibrant and interesting area where the Diaspora has played a central role. Naturally residing in free lands has managed to give the Diaspora wider latitude to operate and make their presence felt. It is reasonable to conclude that due to its economic muscle and loud voice the Diaspora is a force to be reckoned with by any administration in Ethiopia.

Since the General Elections of 2005 things are not the way they used to be. The Ethiopian government that was operating in the dark and with impunity was exposed by its criminal act in the aftermath of the elections. It was a wakeup call for the Diaspora. Any political party worth its weight is now forced to consult with, pay attention and create a working relationship with the Diaspora.

The Diaspora has responded in a fantastic manner. Kinijit, Andenet, Ginbot 7 and now Semayawi party have managed to cultivate a positive dialogue with their brethren outside of the homeland. The Diaspora has been super generous in its support with money, expertise and solidarity work all over the world. Not a single case of injustice committed by the minority regime has gone unnoticed by the Diaspora.

Our crown achievement other than forcing the release of Kinijit leaders, winning freedom for Chairman Bertukan Mideksa from Woyane jail, getting the trust of OLF and agreeing to the commonality of our struggle in our attempt to build a fair and equal society is none other than our independent media ESAT. Information is power. The minority regime keeps our people in the dark by controlling the flow of information. ESAT is our response. It is also true that our Independent Web sites have elevated our political discourse to higher level.

The Diaspora has also been active in lobbying political leaders in various countries to pressure the minority regime to curb its abuse. Only a few other immigrant groups have managed to convince the US Congress and the European Union to hold a hearing regarding the issue of democracy and human rights in their native land. The Ethiopian Diaspora has been a proud active and important ally of their people. We are indeed a very resourceful people.

The vast majority of the Diaspora are country loving patriotic and constantly worried about the deteriorating economic and political situation in the mother land. It is difficult to spot a Diaspora that does not send a few hundred dollars to family and friends at home. If it was not for the generosity of the Diaspora a big percentage of our people would be going to bed hungry.

Most of us leave our home with no marketable skill and are forced to adapt fast to survive. Learning an alien language, programing our brain to a new way of thinking while at the same time trying to fit in in a strange land is not an easy matter. Despite all the handicap we always manage to start with absolutely nothing and build some of the most fantastic life one could dream of. This is where that little psychological advantage of being from an old and proud nation comes into play and lifts the spirit of the Diaspora to aim high and never give up no matter the hardship.

It does not mean we operate together like a well-oiled machine. We biker, we fight but in the end if the idea is safe and sound we always manage to come together as one. The above examples I mentioned are the products of thousands of Ethiopians. It is you that went out on a protest march or bought a ticket and a raffle to help the cause of peace and democracy, contributed to ESAT and other opposition parties’ and fronts, signed a petition on line and called your Representative, it is all of us that kept the call of freedom and equality alive.

There are many rivers to cross but every year our voice is getting louder and our ability to teach and unite our people behind the cause of freedom is becoming clear. As much as the Diaspora is working harder to help our people a few always work against the common interest. It is mostly due to lack of clear understanding and being swindled but it is also due to failure on our part for not raising the consciousness of our mostly young people.

There is no question the Diaspora in its resourcefulness will find the key. Based on what has been achieved in such a short time it is fair to assume we are up to the task.

There is not much we can do to stop the crazy among us. Politics is a very strange game and it makes some folks behave in ways that bring sadness and pain to our poor people. A perfect example of such nihilistic and self-destructive behavior is practiced by none other than the so called ‘Oromo First’ campaign currently waged on social media.

It is not the first time in our long history. Meles Zenawi with all the resources under him failed to make us deny Ethiopia. What makes you think his children would fare any better? The one thing they are sure to cause is side track our movement on issues of no relevance for the period we are entering.

Despite twenty long years under a government based on single ethnic group and fanning hate using every media they control our people have not blamed the many for the destructive work of a few. There is not one ethnic based organization that is considered worthy of our support. For anyone to think that he could divide us among ethnic lines we have a surprise for you. We are beyond that. Some of us visualize a horn of Africa union compromising Ethiopia, Eritrea and Somalia and it is sad to see some go provincial on us. We are not amused.

The problem as I mentioned earlier it is digressions like this is what wastes our time and effort and creates division so we do not stand as one. They weaken our collective power to bring positive change. How in the world can we work on the important question of freedom and democracy if we waste our energy on fighting over ethnicity and religion?

We should allow them to wallow in the make believe world they have managed to create. It is when we pay attention to what we must do and ignore the back ground noise that we have been able to accomplish so much. Those that are trying to distract us are weak, without roots and full of hate that turns a lot of people off. We have to be careful not to be like them. We Ethiopians are not that ugly. Ask the Italians, ask Derg, ask Meles-they would tell you we are honorable people that have lived for thousands of years together. Like all other Nations we fought, we conquered; we intermarried and built the Ethiopia we see today. We have nothing to apologize for.

The Ethiopian people are the only ones that can change the conditions in their country. They have survived war, natural calamity self-inflicted wounds and really it is a waste of time to worry about the demise of our beautiful land. We are too strong for that to happen. I believe we their children in the Diaspora have taken our responsibility to heart. The work will never end. Let us resolve to start new and build up on the wonderful job we have been doing. We shall overcome. God bless Ethiopia and her children.