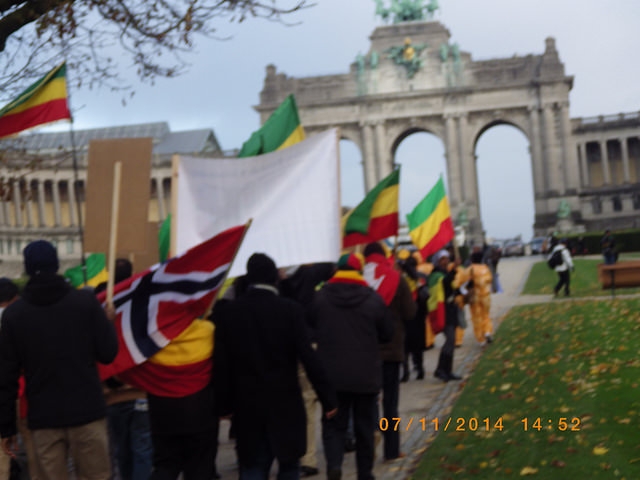 The Woyyane (The TPLF) is a terrorist organisation that is holding Ethiopia at ransom. Since the these criminals came to power, nothing changed in their wild behaviour. They were terrorists yesterday, they are terrorists today and unless they are stopped now, they wouldn’t change their behaviour in the future. The worsening brutality of the ethno-apartheid Woyyane (i.e. ethnic based black on black apartheid) regime has left Ethiopians with no option but to come together and resist tyranny of the worst kind in their history. As crackdown on the opposition members, journalists, religious leaders (both Christians and Muslims), and professional and human rights activists steps up, resistance is also rising to next level to defend the existence of oneself with more commitment and determination.

On 7th November 2014, this was the cause for the call of all Ethiopians to meet up in Brussels, the beautiful Belgian Capital City. The illegal and criminal abduction of Andargachew Tsege, General Secretary Ginbot 7 from Sana’a Airport was meant to scare-shock and silence the exiled community of Ethiopians to coil back into their shells but that was a wrong calculation on the part of the Woyyane. It proved otherwise. (Click here to read the full report with pictures)