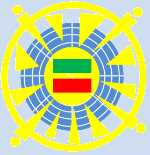 We in the Ethiopiawinnet movement extend our heartfelt condolences to the families that lost their loved ones in Bishoftu/DebreZeit, Ethiopia, on Oct 2, 2016. Even though the government admitted to 52 deaths, various eyewitness reports indicate the death toll might rise up to 300 while others claim the number to be around 700. We strongly condemn the shootings, and stampede triggering acts by EPRDF security forces on our Oromo brothers and sisters that were peacefully celebrating the lovely Errecha Traditional Thanksgiving.

This tragedy could have been avoided by simply letting the Abba Geddas i.e. the people’s respected elders to fully handle the traditional event themselves, given the tense political situation against the regime in general, and in and around Hora Arsedi in particular. Videos and media testimonials show the celebration started out peacefully. The youth that chanted slogans were doing it peacefully until government representatives tried to push themselves onto the ceremony stage, in spite of protests by the public.

We are especially saddened that the government is denying its forces ever shot at the people. To gain sympathy from the public for its actions, it is blaming the youth for attempting to tear up the national Ethiopian flag. Regardless, there could be no justification what so ever for using deadly force on citizens, even if some young demonstrators got rowdy or vented their anger at the Government during the public event.

The EPRDF government has been acting as a beleaguered occupation force than a responsible administration in its management of peaceful opposition rallies around the country. Since it came to power in May, 1991, it has been acting with impunity! Kill first, deny or explain it away later has been its modus operandi for all its 25 years in power. No official has ever been brought to justice for committing political murders, ever! The massacres of Adebabay Eyesus, Anwar Mosque, Addis Abeba, Arbagugu, Ambo, Aweday, Asebot, Bahr Dar, Bedeno, Dangilla, Debre Markos, Gambella, Kilinto, Mejengir, Sidama, Konso, Gonder, Wolayta Sodo, etc., are still fresh in our memories and calling for justice.

There is little chance the EPRDF government can change its ways, nor admit its wrong past and reconcile with the demands of our people for democratic and accountable governance for Ethiopia.

We urge the international community to wake up to the desperate plight being encountered by the Ethiopian people and exert its substantial pressure on the Ethiopian regime for the achievement of real change in Ethiopia by using effective political, diplomatic and economic leverages.

We call upon all Ethiopians to raise their ancestral spirit of saying no to injustice, work to minimize their secondary differences to close ranks, to establish a unified and democratic Ethiopia, where dignity of our citizens is respected, the people’s will is supreme and justice and rule of law is prevalent.