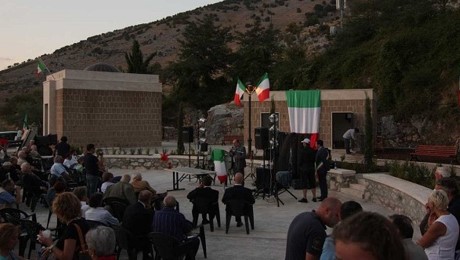 The Global Alliance for Justice – The Ethiopian Cause presents its compliments to the Honorable Foreign Minister of Italy, Federica Mogherini.

Our Alliance recalls, with deep appreciation, the long and historic relations between our two nations, Ethiopia and Italy, and wishes to draw Your Excellency’s kind attention to the recent action by elements within the Italian Local Government of establishing a memorial and an adjoining “park” for the notorious Fascist war criminal and genocidist, Rodolfo Graziani.

Your Excellency is aware that on August 11, 2012, a ceremony was held in the presence of a Vatican representative during which a memorial was opened draped in the Italian flag to “honor” Rodolfo Graziani, one of the most heinous figures of the Second World War.

Therefore, we are extremely confused by statements to the Ethiopian press by Deputy Foreign Minister Lapo Pistelli on the occasion of the 22nd Ordinary Session of African heads of state and government summit meeting in the Addis Ababa headquarters of the African Union as reported herein:

Mr. Pistelli is reported as stating in response to these questions:

A few months ago there was a movement objecting to the erection of a monument and a mausoleum to commemorate the former Italian viceroy in Ethiopia during the Italian Occupation, Marshal Rodolfo Graziani. What do you say about it?

“For us it is a very old and buried story. It started some years ago. It was not an initiative by the Italian government; now it is over. For us, the file is completely closed. There is no monument at all: no new initiative in that regard. There is also an inquiry from the judiciary in Italy to understand whether some other aspects of the matters need to be explored.”

So are you saying there is no monument erected to commemorate Graziani?

Mr. Pistelli seemed to indicate that there never was a monument to Rodolfo Graziani erected in Affile. Whether it was done with government authorization or not, the truth is that in August of 2012, just such a monument was erected.

Can you please clarify to us what Mr. Pistelli actually meant to say? Was this report due to translation problems or an incomplete record? Please give us the correct and official position of the Foreign Ministry on this topic.

In 1937, Rodolfo Graziani directed a three day massacre of over 30,000 unarmed civilians in the capital of Ethiopia upon the orders of Benito Mussolini. Over 440 Christian monks were singled out and murdered at the Debre Libanos monastery. People were dismembered and soldiers took photos of the hangings, beheadings and torture proudly alongside their dead victims. The “Graziani Massacre” is well known to every Ethiopian and virtually and disgracefully unknown to the rest of the world. Graziani, prior to arriving in Ethiopia, was named “The Butcher of Libya.” In Libya, Graziani presided over concentration camps, used chemical weapons and murdered thousands of innocents for Fascism.

In Ethiopia, one million Ethiopians perished as a result of the genocidal Fascist occupation. 2,000 churches as well as 525,000 homes were destroyed. The poison gas sprayed by numerous Fascists air planes also destroyed 14 million animals and the environment. Gaziani later came to be forever known as the “Butcher of Ethiopia”.

Humanity will never forget the victims of genocide under Fascism including those tortured and lynched in the Graziani Massacre.

Global Alliance for Justice: The Ethiopian Cause

(Photo: Graziani mausoleum being inaugurated in the presence of a Vatican representative)