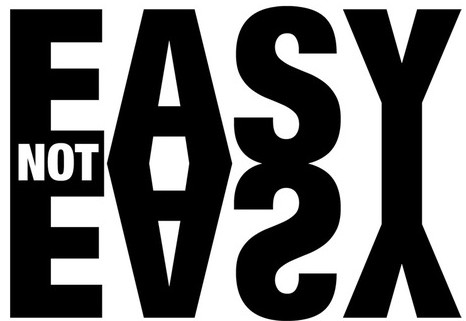 When I read Tagel Getahun’s article – Ethiopia: No Easy Way to Democratize Ethiopia, on one of the Ethiopian websites, I was shocked. Then I went to find out the original source of the article. Alas! – it was the All Africa.

Taking it seriously, I figured this is not written by any lawyer ( Tagel Getahun Is a Lawyer. He Can Be Contacted At Tagelgbekele@yahoo.com ) or any one individual but by TPLF leaders, the governing body of the country. It is carefully planned, written, rewritten, reviewed, and collectively agreed upon by committee. The purpose of the article is to lay out the political calculation of TPLF leaders and tell Ethiopians where they stand. I understand you can read what is written and what is between the lines but I am going to give a reply with the understanding that it is an official TPLF article.

It starts with an unequivocal statement and continues:

“Ethiopia must not indulge in democracy until it accomplishes good governance.”

“That is why I am afraid of the rush to democracy. It could end in turning the nation to a place of chaos and a battle ground of various conflicting interests.”

“Though the majority of the business community wishes the demise of the incumbent urgently, I believe the Revolutionary Democrats ought to remain on power as they need to get enough time to fully realize their vision.”

The reason given is:

“There still are problems of competence, diligence, character, dedication and integrity of the civil service that need to be attended.”

“ . . . I believe the Revolutionary Democrats ought to remain on power as they need to get enough time to fully realize their vision.”

“Given the pragmatic nature of the Revolutionary Democrats, sooner or later, they would take the right measures to alleviate the unregulated business sphere.”

“At least, the undergoing development projects must not be interrupted due to unnecessary and fruitless change of government.”

The first thing that came to my mind was: do they know what democracy means? Or do they think we are so dumb we do not understand this? Are concepts and meanings their domain too? Are they asking Ethiopians not to throw them out?

So democracy is not in the best interest of the people! Change of government is unnecessary! Revolutionary Democrats (TPLF) will take measures to correct the wrong if more time is given to them! WHO HAS NOT HEARD THIS BEFORE?

Here is a clear message of what TPLF wants to do:

“The business sphere and the powerhouse of the visionless Ethiopian oppositions must be corrected before it gets beyond repair.”

Who are they afraid of? Who is it targeting? In general it is the opposition and in particular it is:

“This is the simplest issue we need to sort out before judging the political choices that avail themselves on the national political scene.”

“It is hard to say there is an opposition in the Ethiopian politics as the existing one is more of political speculators.”

“Though the majority of the opposition political figures are intellectuals, . . .”

“ . . . electoral resurgence of 2005, especially in Addis Abeba. Else, the only two interests they managed to represent are businessmen who love to lead the market place through oligopoly and the . . . urbanites that are opposed to the self-governance rights of every Ethiopian ethnic group.”

Why are business owners targeted?

“But the businessmen were doing every wrong in order to collect as much wealth as they could, using every means possible. Regrettably, instead of investing their returns on the manufacturing sector and expanding the local production of goods, they expatriated it.”

They are afraid the opposition is getting strong. They are afraid they will do very poorly in the next election. They want to act NOW so that the next election does not kick them out.  They want to make it look that the people outside the party ensemble are asking them to act now. They wrote the opposition is incompetent, visionless and political speculators. Then why are they writing that if TPLF goes, the country will be in shambles? When there is no strong opposition, who is kicking them out? The simple truth is they are afraid. When a group rules with fear, it is not only the ruled that live in fear; it is the very rulers who are in total fear all the time.

“On the other hand, the opposition and its supporters have penetrated every public and private institution in order to gather information about the day to day activities of the ruling party, rather than developing their own capacity. They also welcome every force as long as it lends support to them, irrespective its nature.”

Ooops! Now the opposition is everywhere! They are forming alliances with who TPLF does not like!

What is TPLF afraid of?

If this government is elected out at this very moment in time, power will certainly fall, directly or indirectly, in the hands of the greedy business tycoons who care little for the national interest, except their own personal interests. Then, they will rule the nation, whose significant population is living under severe poverty.

What and who created the significant population that lives under severe poverty? Who is responsible for the country? I am definitely sure the opposition is not at the helm. Whether it is the business community or the poor people in the streets, it is TPLF that is responsible. Creating the condition for the business community or the dispossessed to be where they are now is the responsibility of TPLF. They had more than 20 years! And still we are told to give them time so they could correct it!

“ . . . tags the EPRDF as ethnically biased, even if it is known for having a political program that advocates the equality of all the existing nationalities.”

I see this from two angles. Let me accept their claim that TPLF has a political program. My first angle is how many ethnic based organizations are included in EPRDF? As far as I know it is only TPLF, OPDO, SPDM, and ANDM. Let me accept too their claim that the organizations that are included in EPRDF really represent who they say they represent. What happens to the Afar, Somali, Benshangul, and the rest who are not represented in EPRDF. They will never have a chance to be near the helm. It is only TPLF OPDO, SPDM, or ANDM who will rule. That is if I accepted their claim. My second angle is who is who in Ethiopian politics. When there are not Ethiopians but Tigres, Amaras, Oromos, Debuds, and the uncounted rest; then there is no Ethiopian voter or an Ethiopian voted for. You can tell who rules. The country does not belong to Ethiopians but to the four big organizations. And TPLF wants to keep it that way. ( Could it be the other three are extensions of TPLF? – Just asking. ) That is the political program TPLF has that advocates the equality of all the existing nationalities! Let us see another point the article raised.

“How come the one that has the political view for equality and freedom for all Ethiopian ethnic groups is tagged as biased, whilst the other that contends a single ethnic group must retain its past dominance is viewed otherwise”

Why do they put forward what is not said and then oppose it? What is the message here? Is it, TPLF does not know what the people are asking and thus it creates a bizarre issue and hit it hard? Who wants a single ethnic group to retain its past (Aha! Mekeregna Amara!) dominance?

Here lays their effort in torturing the Amara population (Their nightmare) – cleansing in what they considered a non-Amara residential area and even where it used to be an Amara enclave – Wag, Tselemt, Wolqait, Tegedie – pretty soon Ras Dejen.

YES I GOT YOUR MESSAGE! Democracy is not good for ETOPIANS! Only the rulers know best! What have we seen in the past two regimes? Did they not say the same thing? The Emperor and the Chairman of Everything?