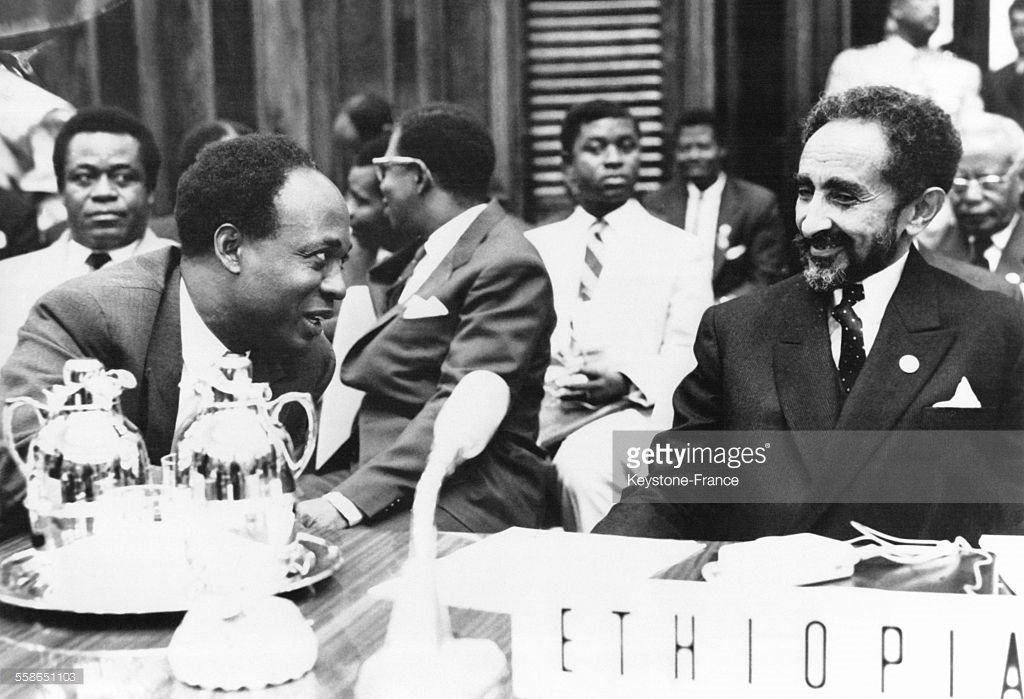 We, Africans are proud of our past leaders achievements, delivered in the nick of time. The heavy weight statesmen, who liberated us from bondage, such as Kwami Nkrumah, Sekou Toure, Julius Nyerere, Leopold Signgor, Jomo Kenyatta, Emperor Haile Selassie and others are always in our minds.

It is regrettable, however the leaders that make us proud did not live long enough to lead us to more successes. Their followers never cared to pull us further to progress, as seen in other parts of the world. Africa never changed much economically, technologically and morally since the departure of our founding fathers. Instead the continent turned into breeding ground for dictators, who are responsible for uninterrupted bloodshed, permanent hunger and rampant corruption, henceforth barring the torch of the little progress, democracy and rule of law that was lit up during our glorious days.

The new African leaders cooperate each other than ever before to promote their personal interests instead of the people. Unlike the founding fathers, they detach themselves with the West and are strongly connected with China. Most of them love the notion of being called  developmental state leaders first, rather than lovers of democracy and rule of low in order to hide their faces from the truth. The West, especially the USA, remains reluctant on the matter and China is having a free swim in the sea of trade and enjoy the so called over all cooperation with Africa, thus plunging the continent up to the neck with her debts.  One can imagine how unwanted and unnecessary commodities and technical materials are dumped on poor Africa. 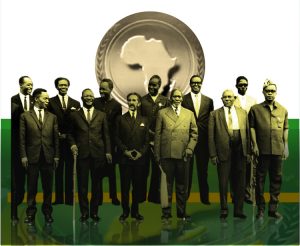 In order to promote the trade relationship with Africa and boost it permanently, China without any obligation built a 200 million dollar elegant building in 2012 as the newly headquarters of Au in Addis Ababa and called it “Gift to African People!”  Likewise, African Head of States sought of giving the African people a gift, in the form of statues of 2 famous and prominent founding fathers, which will stand on the foreground of the newly built edifice.

The assembly of Heads of States, of course after a long deliberation chose two prominent personalities, who devoted part of their lives to the African cause. They were Dr.Kwami Nkrumah and Emperor Haile Selassie. While the selection seemed agreeable to all delegates, an extraordinary thing happened from among the Ethiopian group. Soon Melesse Zenawi, Head of State of Ethiopia stood up and started addressing the Assembly. He strongly rejected Emperor Haile Selasse’s statue to be erected along Nkrumah. He said that Haile Selassie’s effort towards African unity was no match to Kwami Nkrumah’s and the rest. The seemingly African movement of Haile Selassie was fake. The Emperor was an Imperialist stooge and a colonialist himself. Therefore, it would be an insult for his government and the people of this land to allow a monument to stand in his name in Addis Ababa, here at African Union House. He insisted that it would be over his dead body to have the Emperors statue along with Nkrumah on the foreground of Au headquarters. It was automatically clear to all, that Melesse Zenawi belittled himself by immersing in his sea of ethnic hegemony. With this he played his leadership card very badly in that historic meeting. 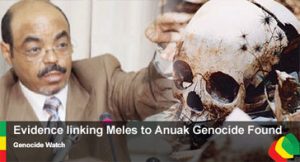 Melesse Zenawi had become a known figure not because of his spectacular leadership, but of what he inherited from previous rulers of this ancient land. As to his achievements many Africans and world leaders have looked at him with bulging eyes, when he allowed partition of Eretria and Ethiopia and blessed Eritrea with 1000 mile sea cost, land locking the country he used to call stepmother Ethiopia. His  divide and rule ethnic policy had earned him a name as a sinister man and his hatred of other ethnic groups had been creating perpetual war among Ethiopians.

Challenging the noble idea of putting the statue of the Emperor, along with that of Nkrumah, was a shame for Melesse, because the world had known Haile Selasse , standing for world peace and unity let alone for Africa. What surprised the rest of world and Ethiopia was that the opposition was coming, in the person of Melesse Zebawi, leader of Ethiopia, one time foster son of the Emperor. Moreover, what even laughable was his insistence and childish action, when he said like a school boy ..” Over my dead body – see the statue of the Emperor..”  And that made him indeed a feeble man.

In order to fulfill the will of Melesse, his contemporaries pleased him by halting the forthcoming statue of Emperor Haile Selassie. Because of this debacle, the statue of Nkrumah has to stand alone on the foreground of AU headquarter for 5 years. It was a deliberate sabotage of Melesse and his government to distress the Ethiopian people. 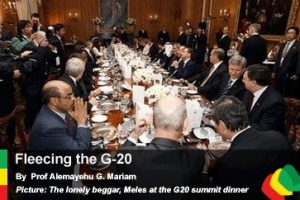 The general assembly of the Heads of States this year, 2017, among other things revisited the old agenda of building Emperor Haile Selassie a monument initiated before the completion of the building but was halted as the result of Melesse’s opposition. This time there is no opposition, Melesse is dead for sure and his contemporaries  are prepared  to erect  statues of both the Emperor and  of their comrade, Melesse. The African Heads of States want hear him say  “.. over my dead body ..” in opposition to Haile Selassie, because 1) he is dead and 2) he is bribed even under the grave.

In any case African dictators cooperate as much as possible. To please his heirs they have decided to include the statue of Melesse along with Kwami Nhrumah and Emperor Haile Selassie. This is huge corruption in broad day light, for the whole free world to see.

Melesse Zenawi, destroyer and divider of the Ethiopian Nation, Killer of men, women and childern, master of genocides and totally responsible for all evils in this country, must not have a monument anywhere on the face of Earth. If Melesse is having a statue on Earth why not Hitler and Mossoloni?.

At last we warn AU this ; the forthcoming statue of Emperor Haile Selassie and the existing one of Kwami Nkrumah, standing on the foreground of the headquarter of African Union will look like that of Christ crucified with the villain, if  Melesse statue  is included.