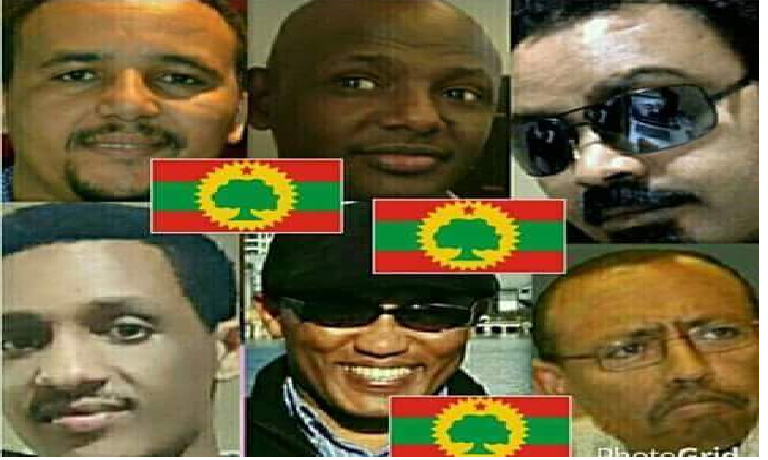 We Ethiopians both in and outside of Ethiopian have been advocating for a change of government there for some time. Well, obviously, we are frustrated not only with the government and its foreign backers but also (equally) with each other for an array of reasons. As a result we are unable to bring about the much needed change for our people and still, being unable to learn from our past wrongful journey, are caught up with inter and intra-ethnic bickering: blaming one another, throwing at each other all kinds of insults at our disposal, belittling and discrediting each others’ reputation as can be witnessed in an online and offline conversations. Needless to say all this doesn’t seem to solve or benefit any one or does it? but the enemy. If that is the case, what other venue is left for us to maneuver and come to terms with our fellow citizens so that we would be able to work together than continue with the infighting that has been going in a vicious circle for quite some time and had paralyzed our community from achieving almost anything together? I believe, as a community(specially the diaspora Ethiopian community), we  could  use our ingenuity and be a bit creative to tackle the seemingly simple but a major and dangerous trend, especially among the young generation, that is crippling our society to align our goals and work together to  liberate our people and ourselves from  unimaginable suffering and destruction. 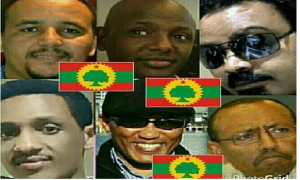 In my observation, one of these dangerous trends that are engulfing our society making us unable to work together and align our common goal for a progressive agenda is the creation of an increasing number of anti (our own) society, anti-Ethiopian individuals-spearheaded by TPLF but using or camouflaged with different activist groups. What is more disturbing is that these anti elements are from educated classes-more and more of them are coming from the so called “ምሁራን”.  That being said, as a society, is there anything we can do to treat this anti–society (sociopath tendencies) before the trend engulfs the entire young generation?  Yes, that is the exact word I would like to use, we have so many sociopaths, undoubtedly inspired by the well-known TPLF sociopaths and they are producing/inspiring many more by the day in our society. So what can we do to make these individuals useful member of our society than being “የህብረተሰብ ጠንቅ.”? And more importantly how do we protect ourselves and the people we care from such societal disease called sociopath?

Well, one place to start is to know their characteristics behaviors and devise a way to help them in an attempt to protect our society particularly the youth from this societal sickness.

An online resource I stumbled on describes sociopaths as “masters at influence and deception. Very little of what they say actually checks out in terms of facts or reality, but they’re extremely skillful at making the things they say sound believable, even if they’re just making them up out of thin air.”

In the past, sociopaths had convinced everyday people to participate in mass suicides, assassin and murders .But even today, sociopaths are operating right now, today (in this information age where every deceptive claim or theory can be verified easily and  checked out!). We’ve seen a lot of people get hoodwinked, scammed or even harmed by sociopaths, and it is troubling that people are so easily sucked into their destructive influence.

The second place to seek a solution is to know the warning signs of sociopaths so that you can spot them, avoid them, and save yourself the trouble of being unduly influenced by them.

Here are the few indicators of sociopaths:

#1) Sociopaths tend to be highly intelligent, but they use their brainpower to deceive others rather than empower them. Their high IQs often make them dangerous. This is why many of the best-known serial killers who successfully evaded law enforcement were sociopaths.

#2) Sociopaths are incapable of feeling shame, guilt or remorse. Their brains simply lack the circuitry to process such emotions. This allows them to betray people, threaten people or harm people without giving it a second thought. They pursue any action that serves their own self-interest even if it seriously harms others. This is why you will find many very “successful” sociopaths in high levels of government, in any nation.

#3) Sociopaths speak poetically. They are master wordsmiths, able to deliver a running “stream of consciousness” monologue that is both intriguing and hypnotic. They are expert storytellers and even poets.

#4) Sociopaths invent outrageous lies about their experiences. They wildly exaggerate things to the point of absurdity, but when they describe it to you in a storytelling format, for some reason it sounds believable at the time.

#5) Sociopaths seek to dominate others and “win” at all costs. They hate to lose any argument or fight and will viciously defend their web of lies, even to the point of logical absurdity.

#6) Sociopaths are charming. Sociopaths have high charisma and tend to attract a following just because people want to be around them. They have a “glow” about them that attracts people who typically seek guidance or direction. They often appear to be sexy or have a strong sexual attraction. Not all sexy people are sociopaths, obviously, but watch out for over-the-top sexual appetites and weird fetishes.

#7) Sociopaths are more spontaneous and intense than other people. They tend to do bizarre, sometimes erratic things that most regular people wouldn’t do. They are unbound by normal social contracts. Their behavior often seems irrational or extremely risky.

#8) Sociopaths are incapable of love and are entirely self-serving. They may feign love or compassion in order to get what they want, but they don’t actually FEEL love in the way that you or I do.

#9) Sociopaths never apologize. They are never wrong. They never feel guilt. They can never apologize. Even if shown proof that they were wrong, they will refuse to apologize and instead go on the attack.

#10) Sociopaths are delusional and literally believe that what they say becomes truth merely because they say it! Charles Manson, the sociopathic murderer, is famous for saying, “I’ve never killed anyone! I don’t need to kill anyone! I THINK it! I have it HERE! (Pointing to his temple.) I don’t need to live in this physical realm…”

Back to our case, I don’t believe that my worries are farfetched; in fact they are for real in our society! Take for instance a person by the name Dr. Tsegaye Ararsa, whom I came to learn about recently through social media. I have a hard time to believe what he, with such educational achievement and the perceived status in society that comes with it, is spreading on social media to create a rift between the Oromo and other ethnic groups in Ethiopia and observe him joyous at the amount of cult like supporters, comments and likes he is amassing on social media, just like a teenager behaves at such adventures. Here are the facts and situation as you, me and all of us know pertaining to the Oromo ethnic group, which he claimed that he is spear-heading the activism work for: thousands are in TPLF concentration camps and prisons, thousands have recently been humiliated and released from a similar concentration camps and unspecified number of the Oromo ethnics (in thousands) have been killed by TPLF agazi soldiers and their surrogate OPDO officials and almost all the prominent Oromo opposition political leaders including Bekele Gerba and Dr. Merara Gudina are languishing in TPLF’s hell on earth prison and remember, this situation is also true in almost all part of Ethiopia-the Amhara region, the Southern, the Eastern etc. Amidst all this, here we are, hearing and reading some of the Diaspora Oromo activists like Tsegaye, telling/teaching the Oromo youth about the fictitious Minilik massacre that took place more than hundreds of years ago and the Amhara dominance over the other ethnic groups presumably thousands of years ago.

Yet the people are helplessly begging and fighting for justice, asking for help to free themselves from the yoke of the TPLF apartheid system-backed by powerful western nations, imposed on them. On the other hand Tsegaye and his colleague at OMN in their paradoxical activism work are telling all their  “cult-like supporters” “to forget about the current grim situation the people on the ground are facing and to focus on the past”- It is like saying “we should be focused and talking about Minilik era and Amhara dominance instead of devising a way out of this killer TPLF mercenaries spraying bullet on our children, mothers and Fathers right now, right in front of our eyes!” alas!, where is the connection here? Can anyone convince me that this is a normal Ethiopian or any human, for that matter, behavior at this time of the people’s struggle? Can you imagine anyone claiming Oromo activist  at this moment of our history and putting all his energy, working day in and day out, instead of for the betterment of his people, on the contrary to create rift among  people? Is this a normal human state of mind? I don’t think so! Based on the above criteria, I can safely conclude that this is a typical sociopath behavior.

But again how can we help as a society or can he be helped at all? I know this is the most difficult task to undertake, simply because sociopaths (in their view) are always right and everybody else is wrong and what makes matters worse is if one is an educated sociopath. Can we at least save our Young, who are becoming “a cult like followers” from this generational suicide? I am not an expert in this hence will leave it for the experts to devise away.