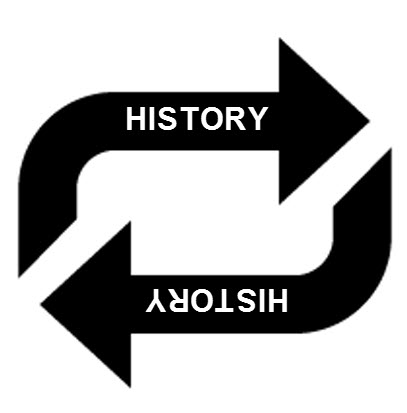 At present over 5 million people are affected by drought in the dictatorial Ethiopian regime (Ethiopian People’s Revolutionary Democratic Front). The intensity of the drought is in many ways similar to the 1983’s (during the rule of the Marxist Mengistu H/Mariam). Even though the cruelty of Mother Nature made millions in Ethiopia (especially in the Amhara region) starve to death, the incapable, ignorant and stubborn 25 years dictatorial rule worsen the problem.

I remember the late prime minister Meles Zenawi boasting that he would made drought, starvation or poverty a history. His successor (H/Mariam Desalegn and his members) has proved him wrong. They have worked quite hard to make sure people do not even eat once a day let alone to make poverty history. The totalitarian Ethiopian current ruling party (TPLF and its allies) must take the responsibilities for the loss of millions due to famine and drought. One may wonder how in the world the dirty, uneducated and voracious Ethiopian current leaders could be accountable for the cruelty of Mother Nature?

“And those investors are simply not interested in anything other than serving their own needs. They can grow any crop they want, when they want it they can sell in any market they want, whether it is a global market or a local market. In fact most of them are not interested in the local markets.” (Aljazeera) This was an extract from a worldwide televised program by Al-Jazeera the 30th June 2014 on a special program called People and Power.

The mean and cruel Ethiopian ruling party’s politicians leased large hectares of fertile land almost for free for foreign investors from Saudi Arabia, India and etc in the pretext of foreign investment. Actually it sounded a good method of lifting the economy of such both politically and economically poor country like Ethiopia. But the saddest and undeniable truth is that the money (from the leased lands) were transferred to the individual bank accounts of the mean , cruel and dictatorial politicians of TPLF. The poor citizens in turn get a prize of being forcibly displaced and in some cases bullets in their heads for protesting the land selling and gabbing drama. Why should we then be surprised when more than 4.5 million people are stricken by devastating famine and shortage of food at the present time? These foreign investors do not even sell a small percentage of what they produce on Ethiopia soil to the local market. Therefore the logic is quite right, if large hectares of fertile land are not being used to cultivate crops that can feed first and for most its own citizens, then food shortage, death and severe illness are to be experienced. Well, who would possibly have among the meat headed Ethiopia’s current leaders and politicians such manner of far-sight thinking? They are all blinded for more than 25 years. As long as they stay on power, very little matter to them whether millions starved or died.

The blood root for our merciless and totalitarian leaders is corruption. Yes, with out it, their heart beats stop, their blood circulation terminates and their dictatorial life span will come to an end. It is amazing if any one googles and tries to find out the list of corrupted countries in the world, that one can find Ethiopia among the first 50 countries lined up as the most suitable country for corruption and corrupted politicians. It is beyond human capacity to control mother of nature but it is very simple and practicable to be prepared in case Mother Nature turn its back and brought the worst penalties. Had not been to these mean and corrupted Ethiopians current ruling party and its members, sufficient materials and financial savings would have existed in order to tackle such horrible famine and drought. But the truth of the matter is these dedicators have been diligently working to full fill their personal interests that they never give or gave a damn about millions suffer in starvation in this era. Shame on you Tigrian People Liberation Front (dictatorial Ethiopian ruling party for more than 25 years).

Astonishingly millions of dollars have been spent on the fake (one party) election held in May 2015 in Ethiopia in which the dictator ruling party shared Sadam Husseien’s record of winning the vote 100 % without leaving a single seat for opposition. Is that not (100% win) enough to show the magnitude of dictatorship in Ethiopia? Actually, the westerns and USA are quite comfortable with the complete dictatorship in Ethiopia as long as the dogs and the followers keep wagging their tails to the westerns and USA. The millions of dollars that were spent for non democratic election could have been saved and used in times such as this famine crisis when each day at least two children die for not getting a loaf of bread. How saddening is that!

The harsh reality of nature, led Ethiopians once again to drought and famine. But the 25 years long dictatorial regime drove and still drives millions in to starvation and death. Unwilling to open for criticism by allowing and giving spaces to opposition groups, made the dictatorial regime unable to see various aspects (economically, politically and socially) from various angels. Land selling and grabbing could be one example how the ruling government was narrow minded and unwilling to listen to critics. Corruption is the motor of this two long decades dictatorial rule in Ethiopia. The result of undemocratic, stubborn and cruel regime is unable to save its citizens in terms of drought and famine. If there is any government in the world which fits the above statement is the Ethiopian ruling party (25 years long dictatorship). Fear of bullets, harassment and imprisonment from this brutal government, the Ethiopians kept their mouth shut. And now they are dying because they have no loaf of bread to put in their mouth. Ethiopians are dying due to shortage of both freedom and food.