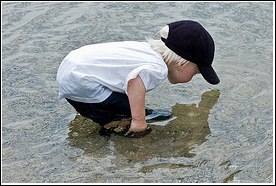 I am in the process of weaning myself from my daily dose of reading about the madness of Woyane. It is not easy. After over two decades of being visually, mentally and spiritually assaulted regarding the evil nature of the Tigray peoples liberation front I am desperately trying to go cold turkey. There was no one spared from informing me everything about the all-powerful, omnipotent Woyane and its evil ways. Even the ‘venerable’ VOA was caught spinning.

It wasn’t not long ago that I used to smoke cigarettes. It is was a nasty addiction. I was able to quit on my third attempt. I stopped cold turkey. I also stopped drinking anything with caffeine and sugar added to reduce the craving for nicotine. It was not easy at all considering how long I have smoked. Picking up the phone, drinking coffee, reading a good book, with a beer, after a good meal were all tied to smoking a cigarette. A hard habit to break but I won.

I figured this new habit I have acquired of filling my head with Woyane atrocity requires the same treatment that I used to cleanse myself of tobacco addiction. This is the first week since I have restricted my habit of having to read, sit and listen or discuss what Woyane is up to. I stopped being the admirer and consumer of Woyane folklore. Like the method I used to quit smoking I made a list of places and situations to help my addiction withdrawal process. No I would not disclose my list, it would certainly be embarrassing. Let us just say I was not aware of the number of self-loathing friends I associated with. Today I am finding that I have lots of free time that I can use to know myself better and have conversations about myself.

So you took it literally didn’t you? I am not that narcissistic for your information. I was referring to our country Ethiopia. Of course I am assuming we share a common disdain to the TPLF Party. When I said time to ‘know myself better and have conversations about myself’ it is our country I am thinking about. Time to talk about the things we are doing and the things we have already accomplished and most of all the things we have to do today to make tomorrow a better day for all the children of mother Ethiopia.

Tuesday was a very important day for us marginalized Ethiopians. It is the day that three forces came together to continue the ongoing struggle and fight as one to liberate our country from Woyane rule. Ethiopian Patriotic Front (EPPF) Ginbot7 Movement for Justice and Democracy (G7) and Amhara Democratic Forces Movement (ADFM) announced their determination to topple the minority based government by any means necessary including force. You can read their common communique on all the independent Web sites. http://www.ginbot7pf.org/

It is one great step towards our goal of creating the future all inclusive Democratic Ethiopia. I know plenty about G7, I would consider myself informed about EPPF and I am aware that ADFM emerged after the 2005 elections.

I was baptized regarding civil disobedience for the second time by no other than Kinijit and the new found hope it brought to our poor people during the 2005 General elections. I always think that to be the watershed moment for the elevated yearning for freedom and dignity we feel in our country today. After a long period of poverty of thought and action Kinijit brought vibrancy, hope and life to our country.

The ray of hope shone for a brief moment in time where we actually thought we could be able to elect those that would administer our affairs on our behalf. The dream came true. Our people voted and we won. The adage ‘it is not in the voting but the counting that matters’ proved itself. Ouch that hurts.  However brief the light of freedom was, it left a mark on our body politic. Things have never been the same since Ginbot of 2005. We might not be wide awake but we show signs of life.

Tuesday is a continuation of that work on our ever rising demand for real freedom of mind and body. The merger of these three organizations is the precursor to what good things are about to happen in our country. I am making such statement because I have witnessed what G7 can do when it sets its mind to it.  From experience I have come to realize G7 does not do things quickly to score cheap points. They are not into theatrics where they perform some action to make us feel god momentarily and wither away before the honeymoon is over.

They correctly identified the lack of media as our primary problem and went about a systematic way to make it come true. Today our people are informed about their own affairs more than any time in our history. We are the beneficiary of that smart way of result oriented action. Based on the objective situation in our ancient land again they came to the conclusion that Woyane is not the type of enemy that is imbued with the fear of God or People and the only way to remove it from power was by force. To that end G7 Popular Forces was established to take the struggle on a new path. Last Tuesday’s announcement is part of that vision of taking the struggle to a higher plane one step at a time. I believe this decision to be very monumental and will set the new direction our movement will follow.

We have plenty to talk about without bringing Woyane and their little puppies into the picture. There is no red blooded Ethiopian that is not aware of the destructive nature of the criminals in charge. Our people at home live a disturbing life every single day and we in the Diaspora no matter how comfortable on the outside go to bed knowing all is not well with our people. We fret a lot, blame much and are always suspicious of each other’s aims and motives. All this drama and ill feeling is because we allow Woyane lies, Woyane logic and Woyane virus to enter our life. It has no redeeming value except make us feel hopeless and force us to resign from life.

This is the reason I am struggling to shield myself from Woyane propaganda. This is the reason I have decided to take this new road that is closed to Woyane. When I have so many good news to celebrate, plenty of accomplishments to recognize, and a never ending beautiful things to learn I felt polluting my brain with negativity and nihilism to be a disservice to myself, my family, friends and my country.

The communique also said that the three groups are working with others to set the stage for further unity. There are plenty that have organized to challenge the minority regime. We have been working in small groups for a long time which has made the Woyane regime look stronger than it really is. Andenet, Semayawi Party, TPDM, OLF, Afar Liberation Front, Ogaden Liberation Front Sidama Liberation Front to mention a few are waging a relentless war. It is refreshing to know that efforts are made to bring all under one umbrella and deal a decisive blow against our weak enemy.

When we focus our brain on our own issue there is a higher chance we would arrive at a better and smarter solution to whatever is bothering us. If we allow outside noise and useless and frivolous propaganda to sip it contaminates our thinking process and we end up dispensing garbage and useless solutions to what is ailing us. That is exactly what I am attempting to avoid, toxic ideas and thoughts entering my brain. I want to cleanse my body and soul from defeatist, depressing and diseased ideas.

Weaning oneself from addiction is not an easy matter. Learning new behavior is not a walk in the park. But some things have to be done. There is a price involved. It is for each one of us to weigh the benefit or harm based on our own values. I value being free. I also value the freedom of others. In our case Woyane group using force is denying us our freedom. Anyone motivated enough and kills to have power over another human being is not likely to sit down and try to resolve the conflict in a peaceful manner. Thus it is highly unlikely the current regime would willingly vacate or share power. It is up to the individual to regain freedom ‘by whatever means necessary’ like Malcolm said.

There are people that believe Woyane will come to its senses and accept the rule of law. I do not see any problem with that. The probability that would happen is nil. If history is a lesson there has never been a totalitarian dictatorship that handed power due to attack of conscience. That is my belief. But I would not think of opposing someone that is working to bring change using such means. I would not dare second guess my friend nor give advice on how to go about it. I would honor his/her wish which I believe was arrived at after a long process of contemplation any hope it comes true. I would do my best to help since we share the goal of witnessing a free Ethiopia.

That is also why I would not dare utter a word to the newly established Front on how to go about doing the business of the people. Since I believe on the road they are travelling, since I have followed their progress and I am very impressed by the growth they have shown I believe my job to be – help them achieve our shared goal of bringing a Free and Democratic Ethiopia. I will discuss the struggle like I am doing now, I will send money when I can afford it and talk to my family and friends to convince them to join the cause of freedom.

The reason I am not giving them tactical advice on the battle with Woyane is because there are plenty of things I am not privy about their capabilities. I agree that is Woyane’s problem too, they see a G7 shadow behind every tree. That should keep them alert. Of course you realize we all benefit from the irrational action due to their perceived G7 strength. That fear forces them to allocate the lion’s share of the budget to security that creates economic problem that in turn creates more instability requiring more expenditure on public security, hope you see the picture. That is the reason they sell land, factories and export basic necessities.

There is a smorgasbord of ideas on the table on how to hit Woyane and I really believe the organization is capable of choosing the best for the situation. As the Americans always say when they want to intimidate an enemy regarding their options to act – nothing is off the table. I feel better already, nothing like talking about yourself and your future. Godspeed my friends. Let us keep in touch.