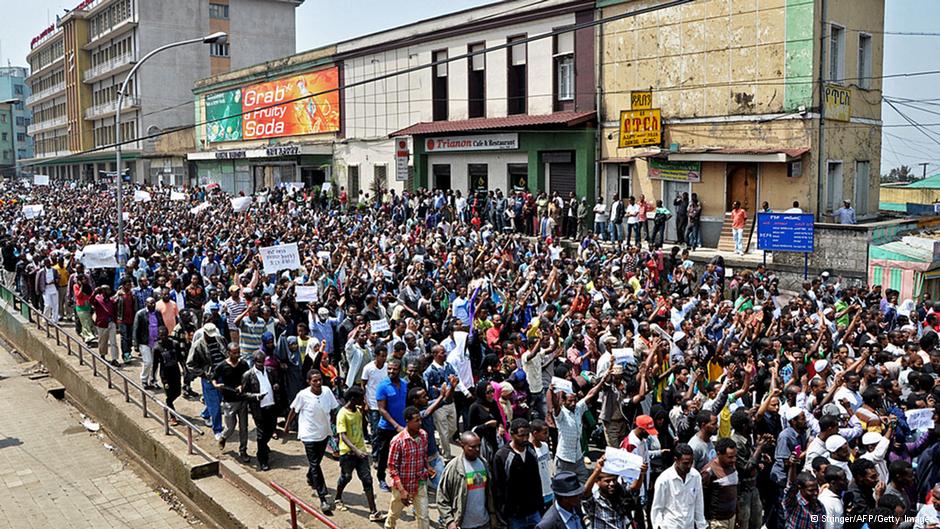 The demonstration is the part of the campaign, “Millions of Voices for Freedom”, which has begun almost 3 months ago. Following the call, many are arguing that millions of Ethiopians suffering from racial discrimination, exploitation, injustice, abject poverty, and rampant human rights violations could turn out.

“Millions of Voices for Freedom” was launched on 20 June 2013, and has the objective to struggle against the ruling party which is significantly becoming repressive. It is said to be the new development in the history of the Ethiopian opposition political parties’ struggle. It is the first ever well organized non violent struggle in the country along with the ongoing Muslim Ethiopians struggle which has begun in 2011 calling an end for the government interference in religious affairs.

In a recent official statement, the party stated that the coming demonstration was the last activity planned to be taken place in the time bound of the ongoing campaign. But, the officials of the party made clear that it didn’t mean that it was the end of the struggle but the beginning.

“We will come up with a new, well organized, and strong campaign soon. There will no more silence”, they noted.

According to reports, several peaceful demonstrations were held successfully during the past nearly 3 months, along with activities including public discussions. According to the reports, the demonstrations held in Gondar and Dessie towns were, for example, attended by tens of thousands of people, and were shocking to the regime which has been in power since 1991 with a rod of iron.

Here the reports indicates that several members of the party were arrested, beaten, and experienced several human right violations, particularly before the days ahead of the demonstrations. The violations were said to have been systematically planned to discourage the people from being a part of the movement.

The Ethiopian People Revolutionary Democratic front (EPRDF), the ruling party, came to power in 1991 after a bloody armed struggle with the regime of military ruler, Mengistu Haile Mariam. Many Ethiopians and international human right organizations accuse the party of violating basic rights. It is always mentioned for jailing and killing innocents. (TDJ)