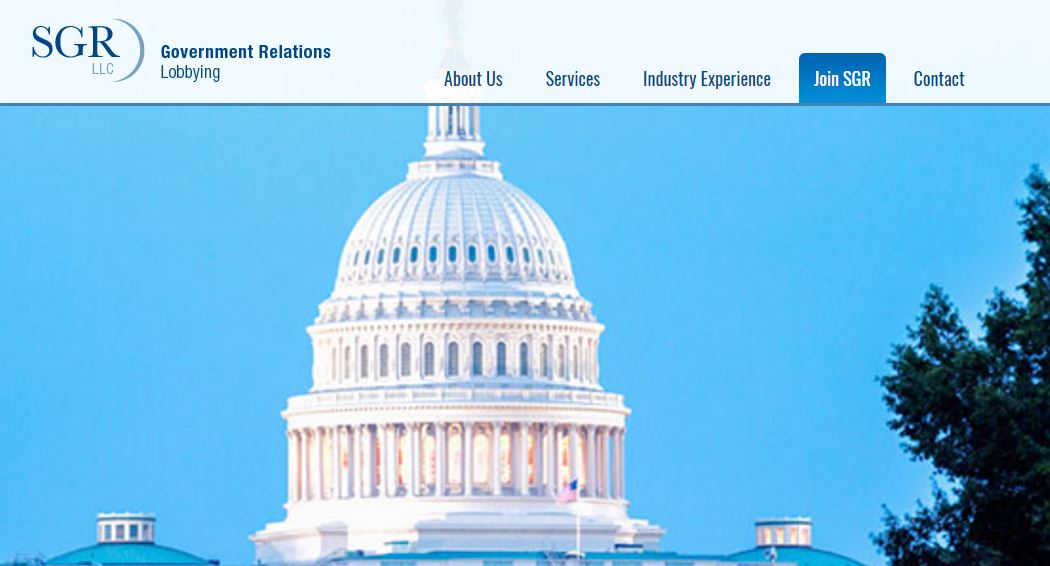 Lobbying Firms in the US are known to represent big corporations like oil, construction, food manufacturing and pharmaceutical industries, trying to persuade lawmakers to support business friendly legislations. As this is a controversial practice, politicians running for office do not want to be associated with Lobbying firms. In fact, it was a major discussion topic during the 2016 presidential election season for both candidates.

The main reason for politicians to discredit lobbying firms when they run for office is because most of the public considers lobbying as a form of legal bribery. While there is a difference between buying, and influencing votes, the truth is it may be very difficult to differentiate and the public has legitimate questions on why Lobby firms can organize fundraisers for elected officials and provide lucrative job offers to members of congress.

When thinking of lobbying firms, often, highly educated, and well paid lawyers come to mind. Some have graduated from respected educational institutions, having connections to senators, congressmen, and even the President’s office. Number of Lobby firms are led by former lawmakers or Presidential advisors who have proficient knowledge on the US government.

The former top aide to President Trump was at the helm of the so called “tortures lobby” who defended murderous dictators like Jonas Savimbi of Angola, Mobuto Sese Seko of former Zaire, Sani Abacha of Nigeria.  The fact that those leaders could buy US lobbying firms with blood money is a disgrace to this great nation as those dictators are known to have caused unbelievable suffering to their people.

A 1992 report from the center for Public Integrity listed the firm Manafort and associates own, as one of the lobbying firms that profited most by doing business with governments that violated their people’s human rights. Would it be a stretch to assume those business deals at the expense of millions of people may have elevated Mr. Manafort’s profile?

The dictionary definition of Lobbyist, is someone “employed to persuade legislators to pass legislation that will help the lobbyist’s employer”.  Therefore, by signing a contract with a corrupt and unethical government, a Lobby firm is entitled to be an employee of that regime.

At the center of this story is H. Res 128, a bill sponsored by congressman Bill Smith (R-NJ) and currently co-sponsored by more than twenty representatives who care about Ethiopia and Ethiopians.  The bill states, “supporting respect for human Rights and encouraging inclusive governance” calls for accountability, good governance, and encourages democratic elections in Ethiopia.

Ethiopians are not waiting or expecting for the United States of America to free them from a ruthless regime–– rather, they are truly fighting for their democratic rights as they sacrifice their lives every day.  Passage of H. Res 128 does not mean the urgent change that most Ethiopians want is going to happen immediately, however it does mean when US taxpayers money is going to be given to the current torturous government, the US should have a moral obligation to ensure that the aid money it provides is not being used for crimes committed on Ethiopians by their own government.

In trying to stop this bill, and in a desire to continue business as usual, the ethnocentric Ethiopian government found a friend in SGR lobbying firm and the TPLF ambassador recently signed a contract with the firm paying 1.8 million dollars. For most Ethiopian Americans who live in admiration of the political culture of this great country, the fact that a big lobbying firm in the US can be hired to defend interests of a tyrant regime is an extreme shock.  The sad reality is the same method was exploited well by the same regime in the recent past.  In 2008, another big lobby firms, DLA piper, and its partner and former house majority leader Dick Armey, did try to kill a similar bill entitled “Ethiopian Democracy and accountability act of 2007” which was on the floor after the same dictatorial regime stole legitimate votes and killed close to hundred student demonstrators.

The question most Ethiopians were asking at the time was how could Dick Armey, a respected legislator who served in house of representatives for eighteen years and who claims to be an engineer of the republican revolution in this great country, defend such a ruthless regime for money, or was he ok with the killings of student demonstrators as far as it is far away from the US.

The irony is, most of those highly educated, articulate and well-dressed lobbyists including former legislator Dick Armey grew in a country that protects individual freedom.  Those lawyers have grown up expressing their stand on issues, devoting their time and effort in demonstrations. A stark contrast in Ethiopia is the heinous torture story told by an opposition leader spokesperson, Mr. Habtamu Ayalew who was recently interviewed by the Voice of America Amharic program. According to Mr. Habtamu and International Human Rights Organization Accounts, torture is routinely practiced by the TPLF regime.

Discussions consisting of politicians getting rid of lobbying to fight corruption within the US government usually dies down after an election season.  While there may be a lot of work to do in that area, US lawmakers should at least consider banning lobbying firms from representing corrupt governments. They should inform those leaders that our lobbying firms may be for sale for big corporations that function within the US jurisdiction, but they are not for sale for leaders who abuse their power, labelled as such by well-respected institutions like Amnesty International and Human Rights Watch, and even the US State Department.

Regarding tyrants like the TPLF, we believe that SGR lobbying firm has sold its soul for a few million dollars, money that is stolen from the mouths of destitute children who are calling for food, and taken from communities that were forced to live in dreadful conditions under city garbage and buried by it. The 1.8 million dollars in the SGR account is money obtained via corruption and extortion. It is an aid money given by western countries to help poor farmers.

The question is, why would SGR lawyers knowingly accept money stained with blood of peaceful demonstrators?  How could they go home and think, “I was busy at work, defending a government that only killed 800 peaceful demonstrators, and tortures its opponents”.  How could they in good conscious say they stand and defend the US constitution that declares and asserts, “all men are created equal, that they are endowed by their Creator with certain unalienable Rights, that among these are Life, Liberty and the pursuit of Happiness.” When they take money from a government that exercises extreme cruelty by killing a young boy and beat his mom on his dead body in Dembi Dolo, south-western Ethiopia.  Again, those places may be very far away but don’t we share the same humanity?

If we divide the 1.8 million dollars SGR lawyers are getting paid by close to eight hundred dead Ethiopians brutally executed while peacefully demonstrating that will be ~2250 dollars per dead body.  If we consider the massacre perpetrated by TPLF over the years a total of the value may even go down to 10’s of dollars per body.  If we divide it to the five million Ethiopians currently starving while TPLF is bragging double digit growth, that may even be less than a dollar per starved body.  How much is an Ethiopian life, a life of a starving child, the lives of tortured and raped bodies in Africa worth for rich lobby firms like SGR in the US?  That is a disconcerting question and we will leave the answer to the SGR lobbying group. Maybe the smart, highly educated, articulate, well dressed and big school lawyers in SGR have an answer to that question.