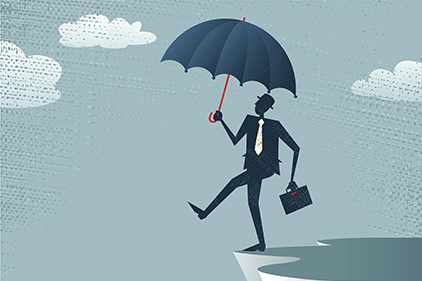 Hilary Clinton’s historical defeat is no doubt one for the history books, and it is going to be minced and diced for a while. No body, not even Trump and his supporters, saw it coming. Trump, despite his braggadocio, might even have agonized in his mind to himself, “I didn’t mean to win, I swear to God! Why is it happening to me?” For those who are fond of the outcome, it is a miracle that can be compared to hitting the jackpot at the Taj Mahal Casino that Trump himself once owned; and for those who detest it, it is a calamity – God’s wrath; and still others might have seen it as a freaky phenomenon – an aberration – for it defies logic and common sense.

Setting aside Russia’s alleged hacking and the WikiLeaks revelations, it has now been widely accepted that the media and the pundits that mercilessly attacked Trump – not that he did not deserve it – created an environment of complacency around Candidate Clinton and her supporters killing her dream of becoming the first female president. Both the media and the pundits were so audaciously confident, they encouraged the assumption across the nation that Mrs. Clinton had bagged the victory before the voters had cast their vote. As a result, millions of her supporters let down their guard. Assuming with confidence that their candidate would be the next president anyway, a significant number of them stayed home on November 8, 2016 thus surrendering the most inevitable victory of their candidate to the most unlikely winner – now President-Elect Donald Trump. Even Mrs. Clinton herself was so confident – meaning complacency got the better of her – she failed to set foot in some key states leaving them wide open to be picked up by Trump – a classic case of you lose if you snooze.

I am focusing on the complacency factor for a good reason. Because, it also happens to be our story. The issue of complacency might have been directly or indirectly referenced in Professor Adugnaw Worku’s wisdom packed video that was released not too long ago. Nonetheless, at the risk of appearing holier-than- thou, I somehow convinced myself to share my not so uncommon view on the peril of complacency at this opportune moment.  Admittedly, complacency, which can manifest itself in several forms, is endemic in our community.

Other things being equal, I personally believe that complacency is a major contributor to why we are where we are today. It is so pervasive in our community and deeply engrained in our psychic, its role in the paralysis that has shackled us from moving forward could never be underestimated. Complacency’s scar in our community is like a ravage left by a drug in an inner city somewhere in USA. Its dominance in our daily life is so profound, we have no choice but to accept the verdict that it has calcified into our culture as part of its fabric.

Instances are abundant to prove that complacency is among the worst of the culprits that stand between us and our goals today:

Talking down ones enemy is a propaganda strategy to psyche out the enemy while at the same time raising the morale of supporters and sympathizers.  However, in our case, we tend to underrate our enemy only to complacently feel good about ourselves inversely overrating our strength and how we are coping with our problems in general. Knowing where we are today Vis-a’-Vis our enemy that has outfoxed us in almost every arena, it is not that difficult to see that we have been engaged in self-deception by way of complacency.

If it weren’t for complacency, we would not have the same people in the leadership of major civic or political organizations for two generations plus in a row – at least that seems to be the case in Diaspora. Yes, we do indeed need dedicated and experienced leaders, but do they have to be the same people all the time sacrificing their family, their time, their career, their money and energy while the rest of us limit ourselves to a freeloading bystander status avoiding our obligation to our country and people? Decade after decade, the same people not only are carrying the burden of leadership, they are also running all everyday errands because others who have vowed to chip in have decidedly become absentee supporters. Voting for a leadership and then leaving it hanging on its own without limbs has been an established tradition in our community, and yet we feel entitled to wonder why not so much has not been accomplished. Where there is absence of sharing the load, for sure complacency is lurking in the background.

Lateness our badge of notoriety and consequently among our identifiers as Ethiopians, no doubt, for the most part hails from complacency.  About 50 years ago, the late Professor Donald Levine brilliantly dealt with our ‘concept of time’ in his book “Wax and Gold: Tradition and Innovation in Ethiopian Culture”. I would argue that our concept of time has not changed much since. It appears to be the case that having lived in western societies for years and years has also failed to make a dent in our indulgence in complacency. Our obstinate consistency in being late for conferences and other events is indeed out of this world. Consequently conference organizers are either forced to cancel portions of programs or pay more for extra time to use venues. We don’t even spare brides and bridegrooms from our lateness on the most important day of their life. They are forced to wait forever and ever on the other side of the wall or in their limousine until barely enough of us have trickled into the ballroom. Such occurrences are nothing but disruptions by reason of complacency. What about using others’ lateness as a justification for our own? The lamest excuse of all!

What about the overwhelming majority who never show up to any event at all? Most of them have technology to thank for: “I can watch it on YouTube, I will follow it online, on Facebook, etc.” Add to the mix those who hide themselves behind “It is ok if I don’t go because someone else will.”  The problem is almost everybody thinks the same way giving ‘being on the same page’ a twisted meaning. Ultimately, the usual crowd, always few in number, would be left on their own to grace the conference halls once again. The video cameras would stay trained on the podium for a good and obvious reason – because there isn’t much to show or broadcast in the direction of the scanty audience. We can go on and on. Then, who would argue that our indulgence in complacency is not God-send to our enemy – TPLF?  To be complacent, specially, in this time of great need is simply to be on the side of the enemy by default.

Let’s call a spade a spade! Complacency is opportunism in disguise – sitting on the fence and ready to jump in the direction of the wind. It smacks of a shaky commitment for a cause and betrays buying time to jump ship at the opportune moment. The comfort of complacency also affords the luxury to criticize those who try their best, and yet allows one to refrain from lending a hand to fix a problem by walking the walk. Simply put, to be complacent is to be disingenuous and pretentious. So, wouldn’t you agree that complacency is nothing but hypocrisy in an undercover outfit?

Complacency is responsible for nurturing cynicism among us eroding trust and compounding further the path to unity, and in all seriousness, has to be treated as an existential threat in our community. So, what does it take to wean us off this plague? How should we combat it? Just a suggestion: let’s start by recognizing that complacency emanates from selfishness and is absolutely indefensible. It then follows that the remedy requires conducting a thorough individual soul searching – inward looking. That few are always sacrificing for our common good with almost no input from the rest of us ought to start bothering us, and ought to deny us peace of mind.  If that is the case and we subsequently surrender to our conscience, nothing will deter us from stepping up to the plate to contribute our share. And beating complacency will ultimately be self-rewarding with a win-win outcome.