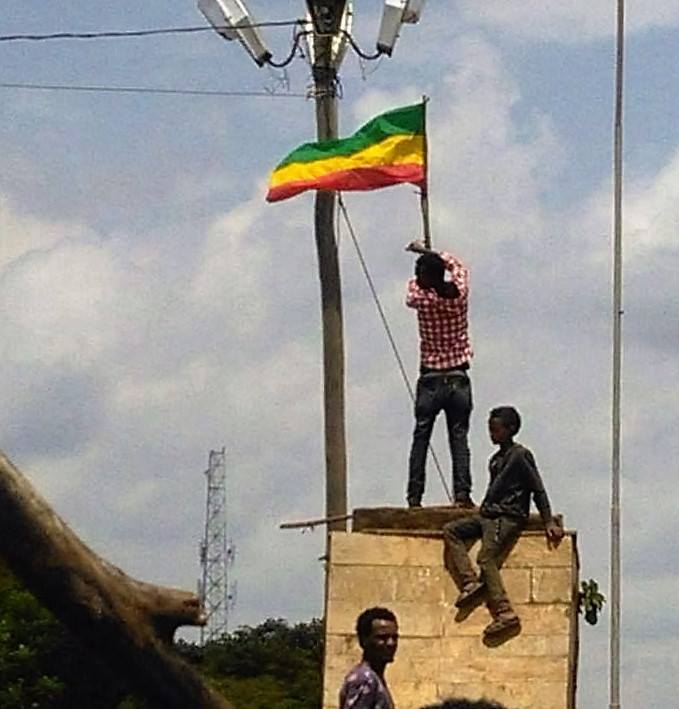 “Individuals can be penalised made suffer …even killed but democracy is a destiny of humanity which cannot be averted, it can be delayed but not defeated.

We have been witnessing for the last 25 years, Tigray People’s Liberation’s Front (TPLF) domination of the political, economic and social sphere in the country. Power is in the hands of the few and dominated by the secretive police force, and centrally controlled economy and its media domination have no parallel. For Ethiopia to continue as a country, we Ethiopians everywhere must come together to choose freedom, not tyranny, democracy, not a dictatorship, the rule of law, not the rule of the secretive police force.

Ethiopia is in transition; It is becoming evidently clear by the day that the TPLF government is losing its grip. In fact, the crack is wide open. The protest which started in Oromia in November is now spread to almost all areas of the country. The tyrannical government has killed thousands, but the protest continues unabated. This commentary tries to address two main points; the first, what the role should be, we as an individual and or group, should focus to reduce the loss of life and bring changes. The second is how we transit to a democratic system of governance in Ethiopia.

As an English philosopher and known as the “Father of Liberalism”, John Locke argued ‘people had a duty to overthrown the state if it abused its power’. The abuse of power and undemocratic circumstance in Ethiopia are driving the mass to protests in the country.  It is driven by the people revolt against the narrow and fascist TPLF government.

Those of us who are still looking from the side must join the struggle to throw this government for the following core reasons.

We all have the ability to contribute towards the struggle; in fact, that we achieve better results when we are organised, united and be part of an organisation.  Our unity is our power. As Gwendolyn Brooks, an American poet said once “We are each other’s harvest; we are each other’s business; we are each other’s magnitudes and bond”. Our proverb teaches us the same when we are united we will be stronger, “Dere Biber Anbesa Yaser”. We have to join an organisation that reflect our value and be part of the overall struggle to dismantle TPLF and stop the killings. We, each of us should make a social contract to ourselves and the wider society; we Ethiopians are the only viable power to break this notorious and undemocratic TPLF regime. 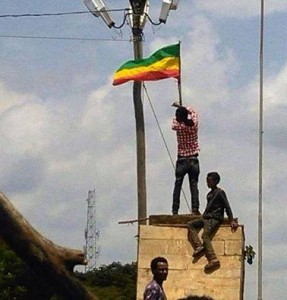 Some of our soldier brothers and sisters have already joined the people`s struggle; this is encouraging and more need to be done to remove all the support that TPLF gets. If you know anyone who is working for TPLF; call and convince them to abandon the regime, the time has come, the people have had enough of this oppressive system.

The so-called independent media in the TPLF’s horror drama shows broadcasting  live weeding ceremonies of TPLF’s cadres, and music shows as if it is business as usual; while our citizens are murdered in Oromia and Amhara, Konso and all over the country; their blood is our blood, neglecting this fact and truth on the ground is immoral, unethical and it is accessory to murder;  that undermine the noble Journalism profession.

A reliable media, of our own that is relentlessly providing reliable news about the current situation in Ethiopia, is ESAT. We have to continue to support ESAT, to inform us all what is at stake, it is all about our country to be a democratic country. TPLF is investing in millions for its propaganda, its complete fabrications of untrue statements and lies; it is only through ESAT that many of us inside Ethiopia and outside, all over the world,  that learn what is going on in our country.

The message for all our Ethiopian Diplomatic society all over the world is that you represent the peoples’ of Ethiopia, not the government. The Ethiopian people, while they are struggling to survive, they paid all their taxes; the salary you are paid, the food you are eating, the car you are driving, are all paid by the Ethiopian people. You are indifferent while the people of Ethiopia is killed, tortured and prisoned. Some of you defend this barbaric genocidal government. You are accessory to this genocidal act. Where is your humanity, where is your morality; one day the Ethiopian people will have its day and bring you to justice. It is time to abandon this genocidal government before it is too late.

Those who lives in democratic countries should continue to lobby their representatives and raise the mass killings and arrest currently conducted by TPLF, to remove the political and financial support it gets from these countries.

The Derg hijacked the Ethiopian people’s protest, we all know the result of that, and we have to learn from that mistake. If you think, it is your personal and national obligation to work hard to put together a framework that governs the transfer and maintenance of power to democracy; this is the time to join forces with others to make a significant contribution.

We have issues internally and externally, the internal differences on how to go about to resolve it is already taking shape in the protest, now it is called the revolution. The unity of the ethnic groups to work together to remove this tyrannical government should be taken as a foundation for the future of the establishment of a democratic government.

Our old external enemies are working tirelessly to make Ethiopia divided and weak in the region. The only way to fight this back is to come together. We the people should work together tirelessly irrespective of any ethnic or religious background and express a framework for the transition of power to establish a genuinely democratic country.

Organisations, civil societies and associations have now an important role to call in meetings with their members in different countries and cities all over the world to formulate ideas and build a framework.  Some have already started work on this important and vitally necessary work that will be used as a foundation for the formation of a democratic country. It is all about the creation of the real democratic state; it is about one Ethiopia, it is not about organisations. All organisations have to work together to create the enabling framework for the establishment of democratic Ethiopia.

Looking forward to hearing from organisations and civil societies on this essential endeavour to bring all together to strengthen the struggle for the future of the country.

By W Demeke and W Alemayehu

The authours can be reached at: wdemeke@mail.com