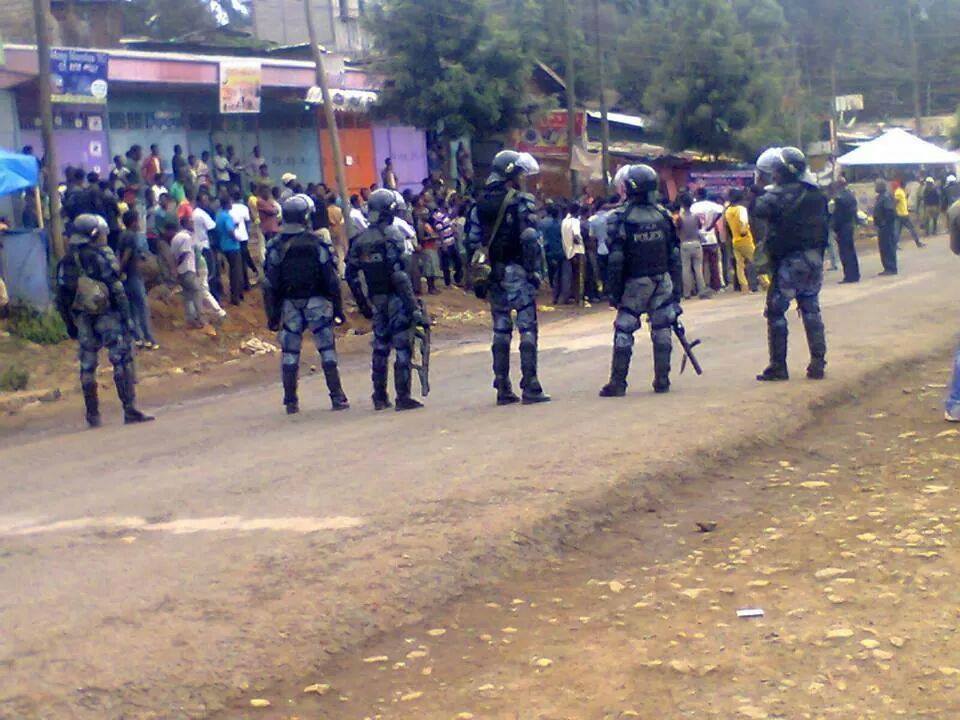 (Nairobi) – Ethiopian security forces should cease using excessive force against students peacefully protesting plans to extend the boundaries of the capital, Addis Ababa. The authorities should immediately release students and others arbitrarily arrested during the protests and investigate and hold accountable security officials who are responsible for abuses.

On May 6, 2014, the government will appear before the United Nations Human Rights Council in Geneva for the country’s Universal Periodic Review of its human rights record.

“Students have concerns about the fate of farmers and others on land the government wants to move inside Addis Ababa,” said Leslie Lefkow, deputy Africa director. “Rather than having its security forces attack peaceful protesters, the government should sit down and discuss the students’ grievances.” 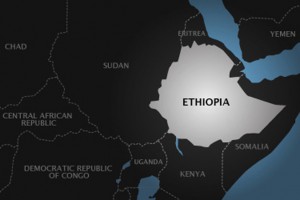 Since April 25, students have demonstrated throughout Oromia Regional State to protest the government’s plan to substantially expand the municipal boundaries of Addis Ababa, which the students feel would threaten communities currently under regional jurisdiction. Security forces have responded by shooting at and beating peaceful protesters in Ambo, Nekemte, Jimma, and other towns with unconfirmed reports from witnesses of dozens of casualties.

Protests began at universities in Ambo and other large towns throughout Oromia, and spread to smaller communities throughout the region. Witnesses said security forces fired live ammunition at peaceful protesters in Ambo on April 30. Official government statements put the number of dead in Ambo at eight, but various credible local sources put the death toll much higher. Since the events in Ambo, the security forces have allegedly used excessive force against protesters throughout the region, resulting in further casualties. Ethiopian authorities have said there has been widespread looting and destruction of property during the protests.

The protests erupted over the release in April of the proposed Addis Ababa Integrated Development Master Plan, which outlines plans for Addis Ababa’s municipal expansion. Under the proposed plan, Addis Ababa’s municipal boundary would be expanded substantially to include more than 15 communities in Oromia. This land would fall under the jurisdiction of the Addis Ababa City Administration and would no longer be managed by Oromia Regional State. Demonstrators have expressed concern about the displacement of Oromo farmers and residents on the affected land.

Ethiopia is experiencing an economic boom and the government has ambitious plans for further economic growth. This boom has resulted in a growing middle class in Addis Ababa and an increased demand for residential, commercial, and industrial properties. There has not been meaningful consultation with impacted communities during the early stages of this expansion into the surrounding countryside, raising concerns about the risk of inadequate compensation and due process protections to displaced farmers and residents. 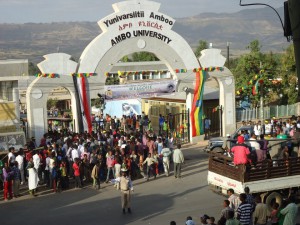 Oromia is the largest of Ethiopia’s nine regions and is inhabited largely by ethnic Oromos. The Oromos are Ethiopia’s largest ethnic group and have historically felt marginalized and discriminated against by successive Ethiopian governments. The city of Addis Ababa is surrounded on all sides by the Oromia region.

Given very tight restrictions on independent media and human rights monitoring in Ethiopia, it is difficult to corroborate the government crackdown in Oromia. There is little independent media in Oromia to monitor these events, and foreign journalists who have attempted to reach demonstrations have been turned away or detained.

Ethiopia has one of the most repressive media environments in the world. Numerous journalists are in prison, independent media outlets are regularly closed down, and many journalists have fled the country. Underscoring the repressive situation, the government on April 25 and 26 arbitrarily arrested nine bloggers and journalists in Addis Ababa. They remain in detention without charge. In addition, the Charities and Societies Proclamation, enacted in 2009, has severely curtailed the ability of independent human rights organizations to investigate and report on human rights abuses like the recent events in Oromia.

“The government should not be able to escape accountability for abuses in Oromo because it has muzzled the media and human rights groups,” Lefkow said.

Since Ethiopia’s last Universal Periodic Review in 2009 its human rights record has taken a significant downturn, with the authorities showing increasing intolerance of any criticism of the government and further restrictions on the rights to freedom of expression and association. The recent crackdown in Oromia highlights the risks protesters face and the inability of the media and human rights groups to report on important events.

Ethiopian authorities should abide by the UN Basic Principles on the Use of Force and Firearms by Law Enforcement Officials, which provide that all security forces shall, as far as possible, apply nonviolent means before resorting to force. Whenever the lawful use of force is unavoidable, the authorities must use restraint and act in proportion to the seriousness of the offense. Law enforcement officials should not use firearms against people “except in self-defense or defense of others against the imminent threat of death or serious injury.”

“Ethiopia’s heavy handed reaction to the Oromo protests is the latest example of the government’s ruthless response to any criticism of its policies,” Lefkow said. “UN member countries should tell Ethiopia that responding with excessive force against protesters is unacceptable and needs to stop.”(Source: HRW)