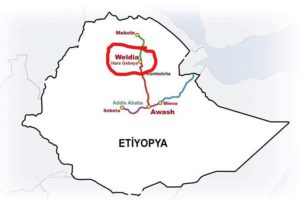 According to reports, federal forces shot at civilians who were chanting anti-government songs at the annual St. Michael’s Day, in the aftermath of the national Epiphany holiday. The local police head, Commander Amare Goshu told national TV that “security forces fired at crowds, because they were throwing stones at security forces”.

AHRE finds it very disconcerting that the federal police killed peaceful protestors barely after two weeks after Prime Minister Haile Mariam Desaegn notified the public that his government would release prisoners as a token of gesture of “creating national consensus and expanding the democratic space”. This largely puts into question the sincerity of the government’s call for national reconciliation.

AHRE once again reiterates that the government should refrain from firing at protestors and allow its citizens to demonstrate peacefully. We urge the government to keep its recent promise of opening the political space by bringing all perpetrators to justice; releasing the thousands of political prisoners; and beginning the process of national reconciliation at all levels.