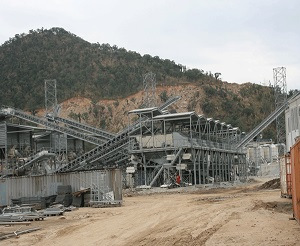 Ethiopia’s sudden announcement on Tuesday that it would begin diverting the Blue Nile ahead of the planned construction of the Grand Renaissance Dam has drawn reaction from several figures in Egypt, most notably Prime Minister Hisham Qandil and members of the Shura Council. Sudan’s Minister of Water Resources and Electricity, Osama Abdullah Mohamed Hassan, arrived in Cairo on Wednesday for a one-day visit to discuss the repercussions of Ethiopia’s announcement, state-owned news agency MENA reported.

According to a statement released by the Ministry of Water Resources and irrigation on Wednesday, the Sudanese minister met with his Egyptian counterpart, Minister Mohamed Bahaa Al-Din, although no details of the meeting were revealed at time of writing.

The Prime Minister held a meeting with the Council of Ministers on Wednesday to review the recent developments. According to the state-run news agency Ahram, the council stressed it was still waiting for an evaluation of the tripartite commission’s report on the effects of the dam, adding that although construction is starting it does not necessarily indicate Egypt has approved of the project.

The Council of Ministers said it does support the establishment of development projects in any Nile Basin countries, as long as they do not affect Egypt and Sudan’s share of the water.

The council also stressed it has contingency plans for any outcome regarding the Ethiopian project, based on the trilateral commission’s report.

Meanwhile the Shura Council called for a joint emergency session to be held on Sunday. The joint session will be held by the Arab Affairs, Foreign Affairs, National Security, Energy, Agriculture and Industry committees. According to a statement released by the Council, the committee will discuss the side-effects the dam will have on Egypt’s ability to produce electricity at Egypt’s High Dam due to the expected decrease of water levels caused by the Blue Nile’s diversion.

The Ministry of Foreign Affairs was much more critical of Ethiopia than the Prime Minister. On Wednesday it summoned the Ethiopian ambassador, Mahmoud Dardeer, to Cairo in order to express their disapproval of Tuesday’s announcement.

According to a statement published by Ahram, the ministry expressed dissatisfaction at Ethiopia’s decision to act before the tripartite commission finalised its report.

Ali Hefny, the Deputy Foreign Minister for African Affairs in Egypt, and several ministry officials met with the Ethiopian ambassador. Hefny reportedly told the ambassador the government rejects Ethiopia’s determination to move forward with the project prior to resolving disputes between Ethiopia, Egypt and Sudan.

Pope Tawadros meanwhile denied reports he was asked by the presidency to intervene in the situation.

Ethiopia has assured Egypt several times that its share of the Nile water will not be affected by the diversion of the river and subsequent construction of the dam.

Hany Raslan, an expert on African Affairs at the Ahram Centre for Strategic Studies, said Ethiopia’s announcement could further strain relations between both countries. “Egypt is always stressing the need for inter-relations and its willingness to cooperate, whereas Ethiopia is rigid and impulsive in its persistence to build the dam,” he said.

Raslan added that the current government led by the Muslim Brotherhood is concerned with maintaining their rule, and as such “they would probably not allow matters to escalate,” he said in response to allegations that Egypt had contingency plans to bomb the dam. “[All] parties need to go back to the negotiating table with Ethiopia and ask them to postpone the construction until Egypt can do more scientific research into the effects of the dam,” he said.

Raslan concluded Sudan would bring the issue to the attention of the Arab League in order to garner the support of other countries in the region. (Source: Daily News)