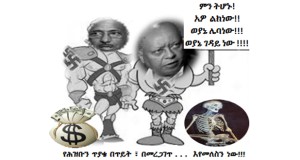 I am deeply saddened by the death and/or injuries of hundreds of Ireecha festival spectators at Lake Bishoftu, Oromiya on October 2, 2016.  So, to the friends and families of the Hora martyrs, I offer my condolences on the passing of their loved one (ones).

At ragged cliffs of Lake Bishoftu, I wondered why the TPLF’s/the EPRDF’s police and security forces attempted to disperse a crowd of several hundred thousand by firing tear gas, rubber bullets and live ammunition.

I believe that the victims’ family should consider to receive justice by bringing criminal charges against the police, the security  and the TPLF’s/the EPRDF’s government because they are responsible and accountable for the death and/or injuries of their loved one (ones).

To explain, the police, the security and the TPLF’s government should have identified high risk points at the festival and established buffered zones to prevent potential danger such as stampede.  But they failed to take precaution to avert risks. Worst of all, they terrified the crowd and they caused a stampede and/or jumping off cliffs into ravines or the lake that killed and/or injured so many spectators.

I think the panic that caused the crowd disaster was provoked. And it was masterminded by the TPLF’s elite such as Seyoum Mesfin and Abay Tsehaye. To me, their act was a manifestation of the beasts grand visions’ and prophecies’ which indicates genocide and Armageddon in Ethiopia on their September 11, 2016 YouTube video.

Why a feeling for unity needs to be awakened?

Unfortunately, due a lack of a united movement against the TPLF’s supremacy, I have been mostly an attentive bystander of Ethiopians’ state of affairs since the TPLF took power by force more than twenty-five years ago. I started voicing my concerns and opinions about our people and our country more frequently after the TPLF killed the truth-tellers, the peaceful protestors, in Ambo. And I became a vocal critic of the TPLF’s government following its elite – Mesfin and Tsehaye’s – lecture about the looming genocide and Armageddon against Ethiopians.

I think Mesfin and Tsehaye would keep mercilessly unleashing their genocide and Armageddon against Ethiopians unless there would be a solidarity movement among Ethiopians against them, the TPLF. For this reason, awakening a feeling for unity is paramount at this critical moment of our people and our country’s history in order to make the TPLF stop the genocide and Armageddon its elite are unleashing on Ethiopians.

I dedicated this article to the martyrs of the Ireecha festival as a gesture of support for the Oromo people, the OLF and the fragmented oppositions and activists against the fascist TPLF’s regime.

The writer can be reached at LJDemissie@yahoo.com